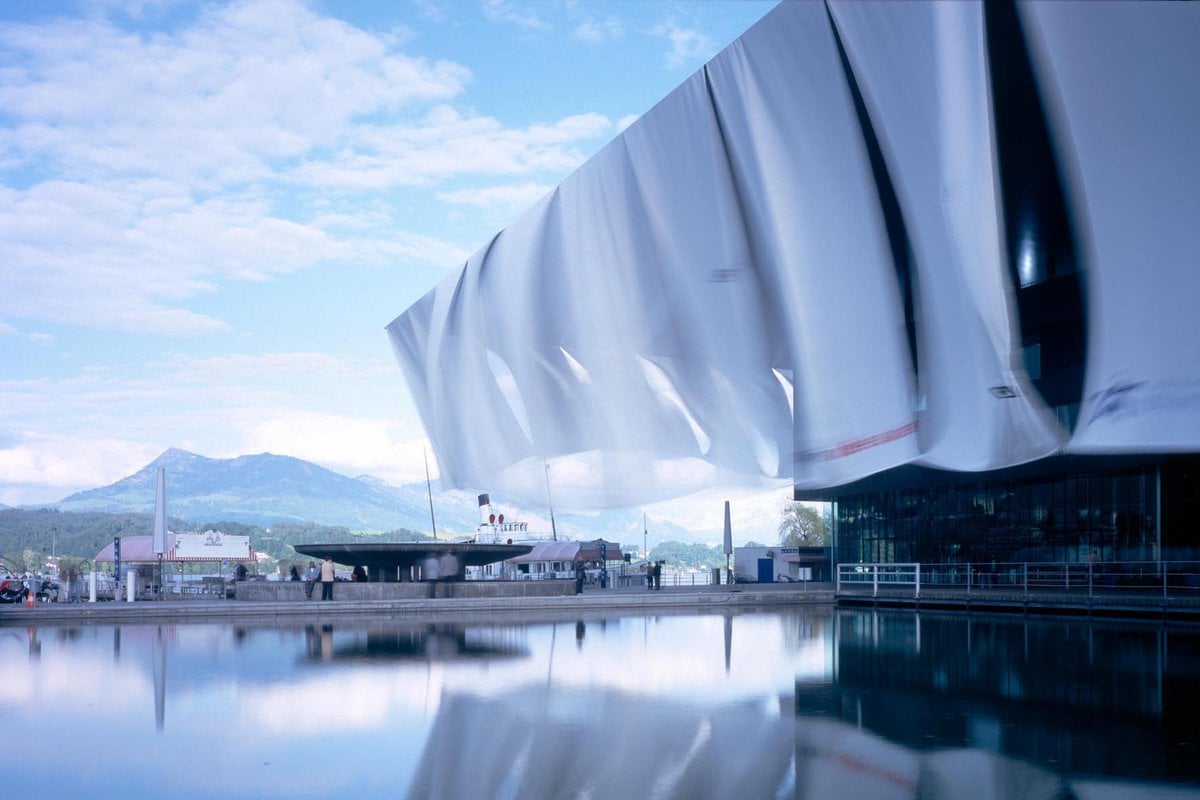 Installation during the Eurovision 2004 Young Musicians at the famous KKL Lucerne.

"Anyone who dares to cover Jean Nouvel's prestigious building with an installation either has the courage or a large portion of impertinence," we were told on several occasions, "but s-cape is appropriate for the Culture and Congress Centre Lucerne. s-cape has managed to breathe life into the building and enchant it. The comments of visitors to s-cape say everything that the installation is intended to achieve and convey.
Together with sound architect Andres Bosshard and under the patronage of Swiss television, OOS has created a place that invites people to linger for the duration of Eurovision 2004 Young Musicians. As a place of encounter, dialogue and dreaming, it occupies a permanent place in the scenographic and content-related centre of the event and conveys its values. Under the KKL, the sound space s-cape also lies in the immediate physical centre of the festivities. s-cape uses sophisticated technology to diffuse the sounds from the inside of the KKL into the outside space. The tones, notes and sounds escape from their architecturally impressive projecting canopy of the corset and merge in a modified form as a sensual surprise with Lucerne's urban space. 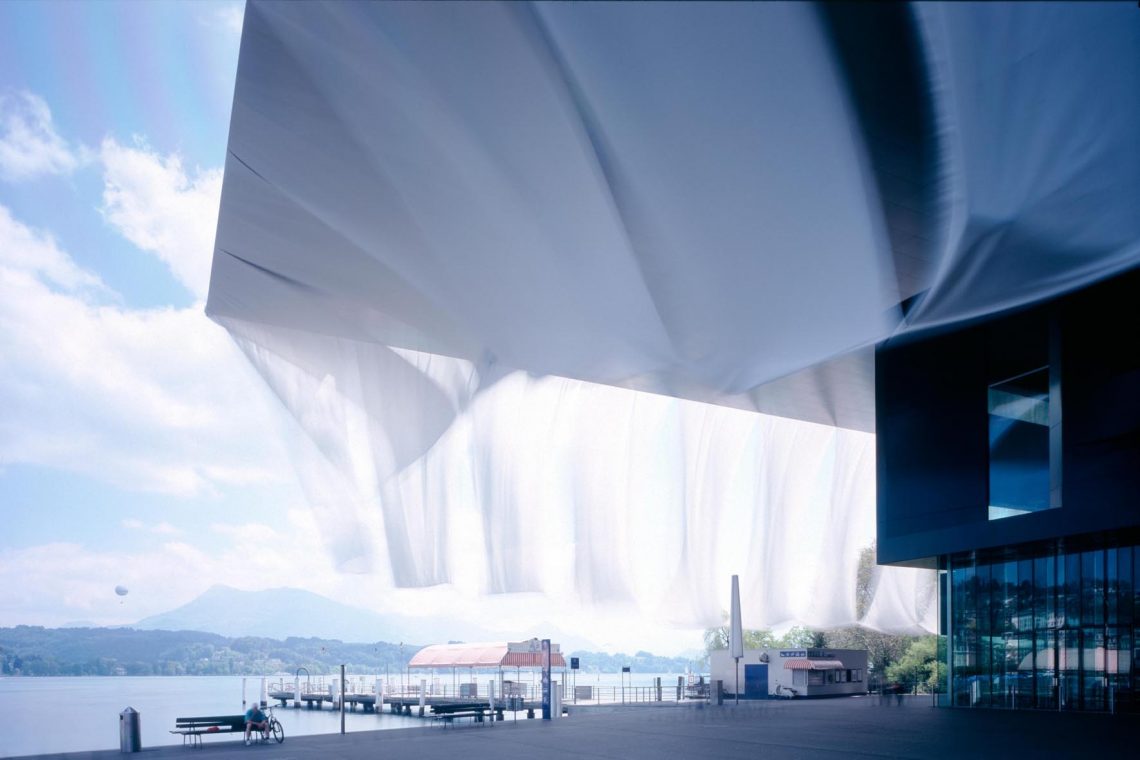 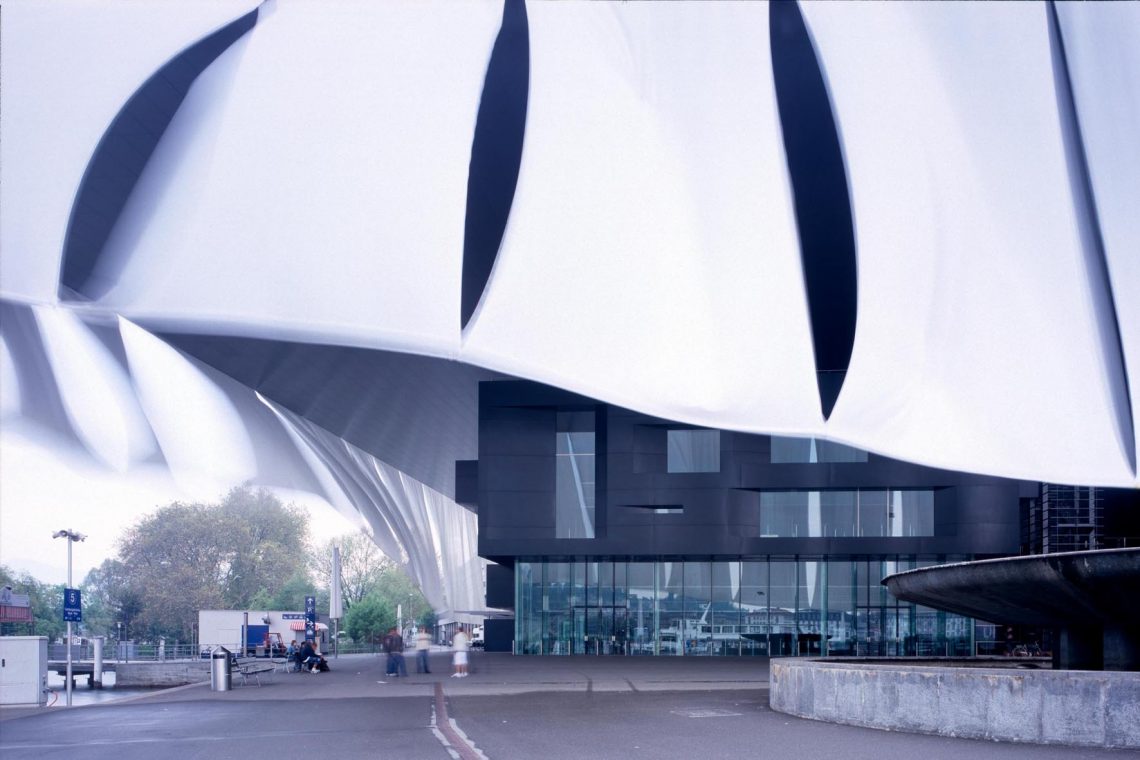 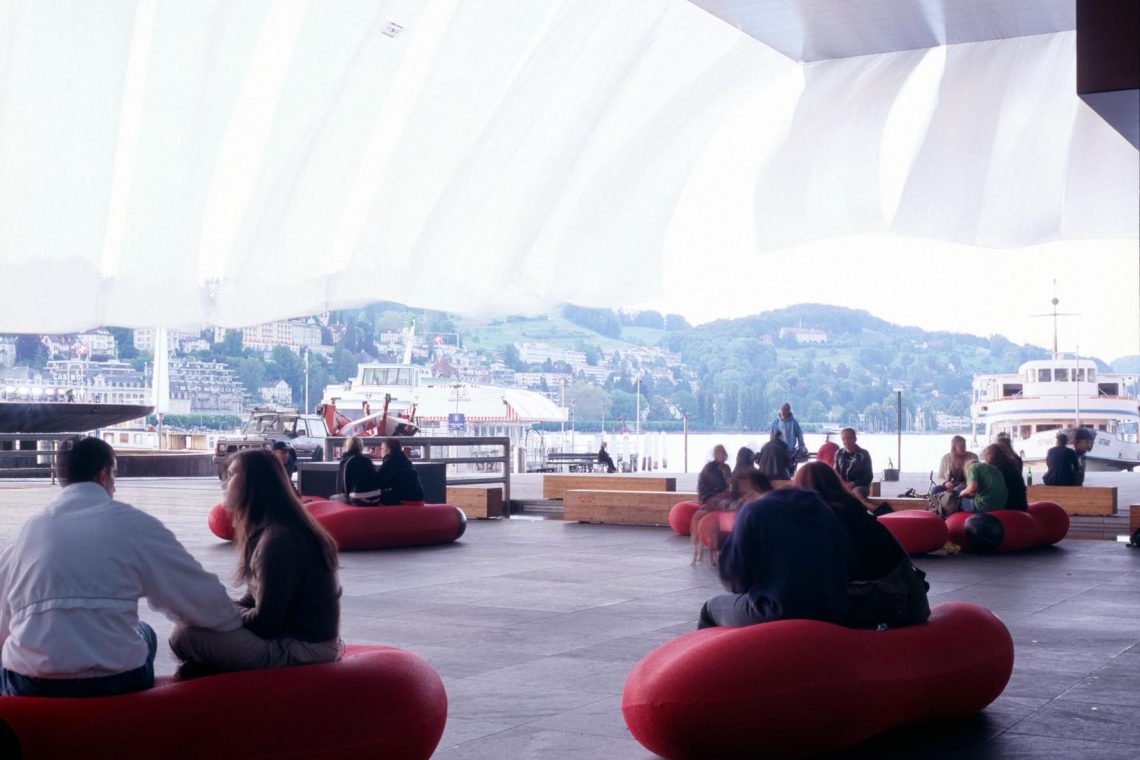 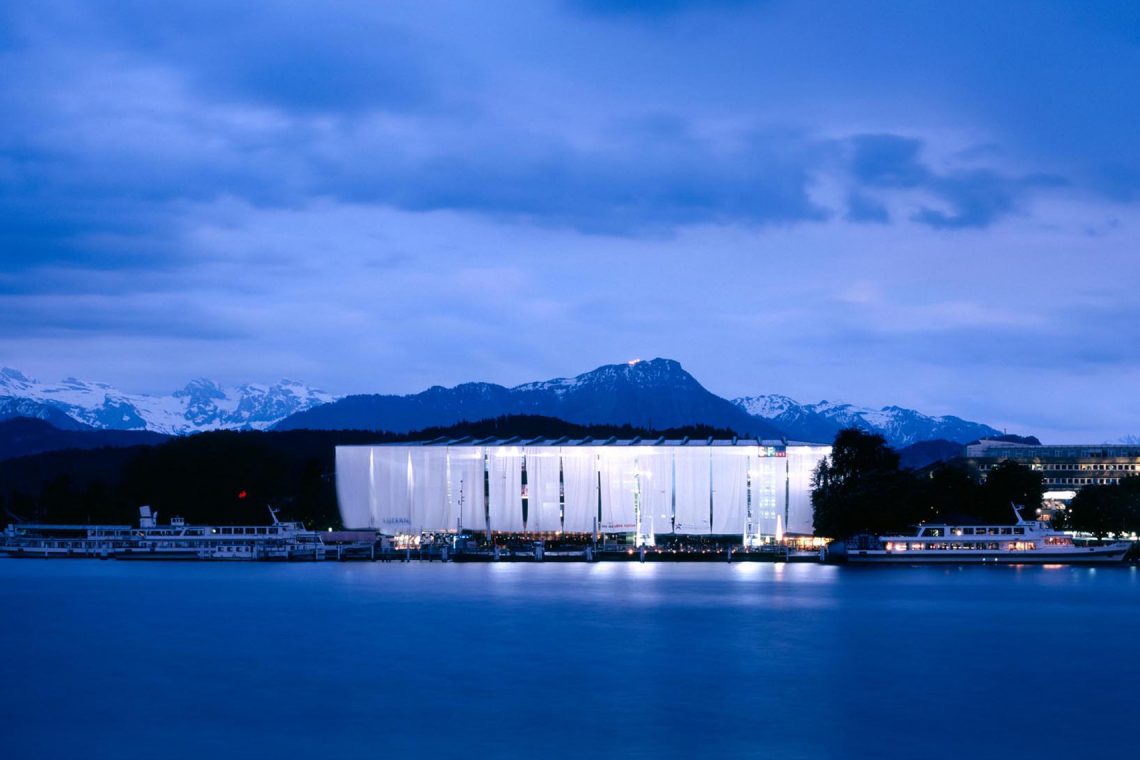 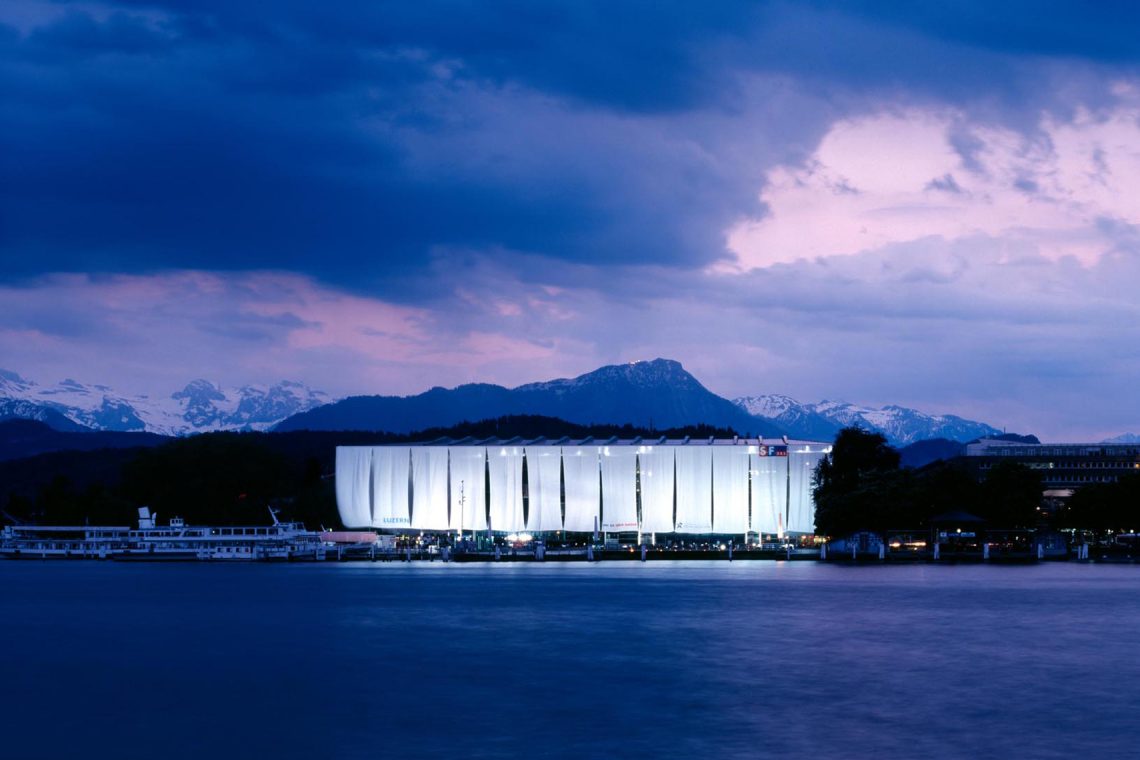 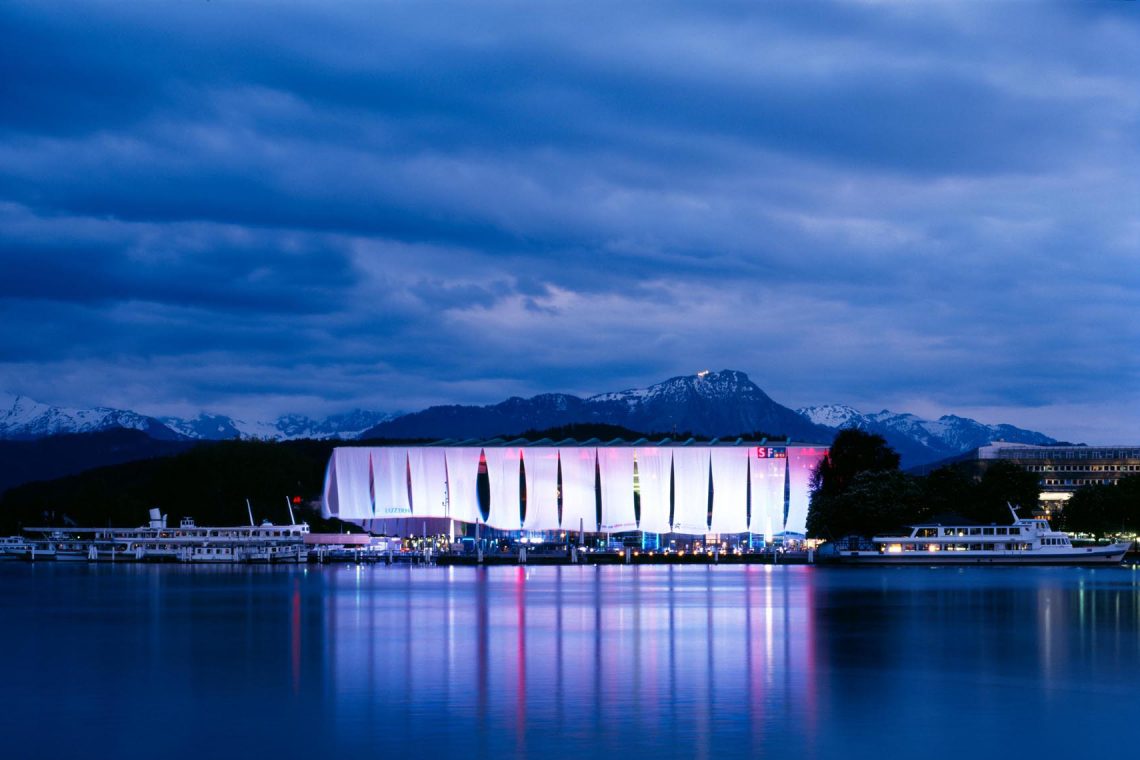 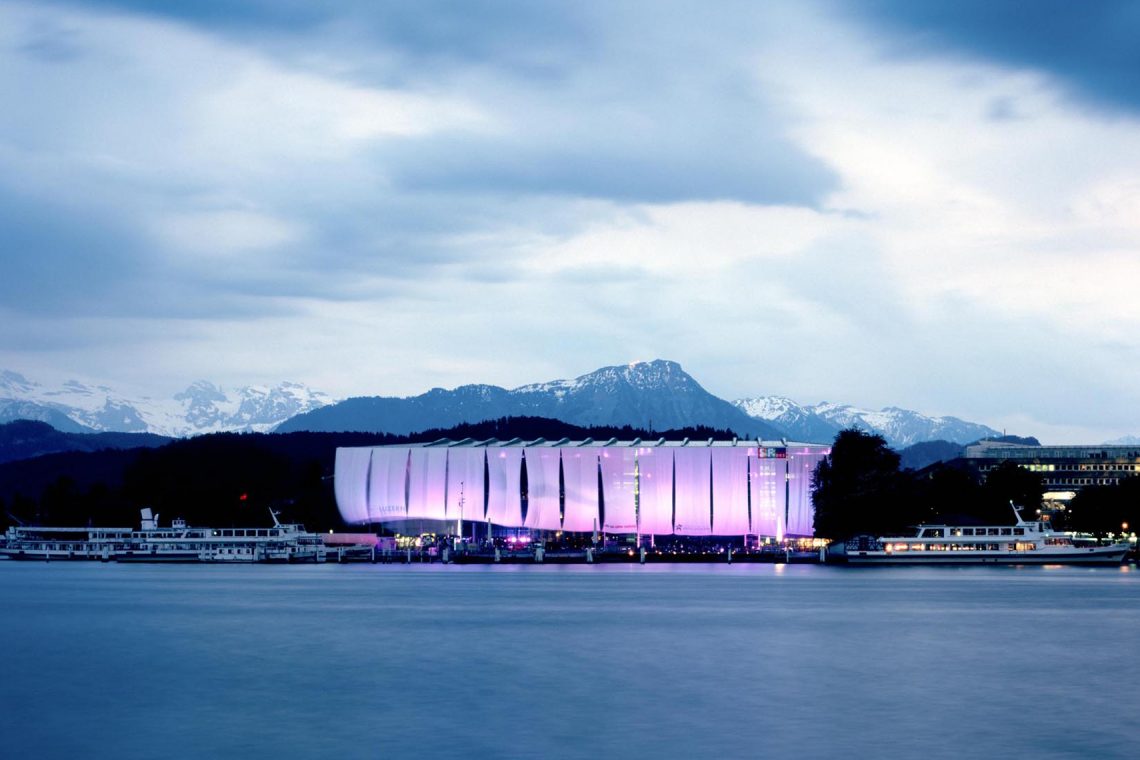 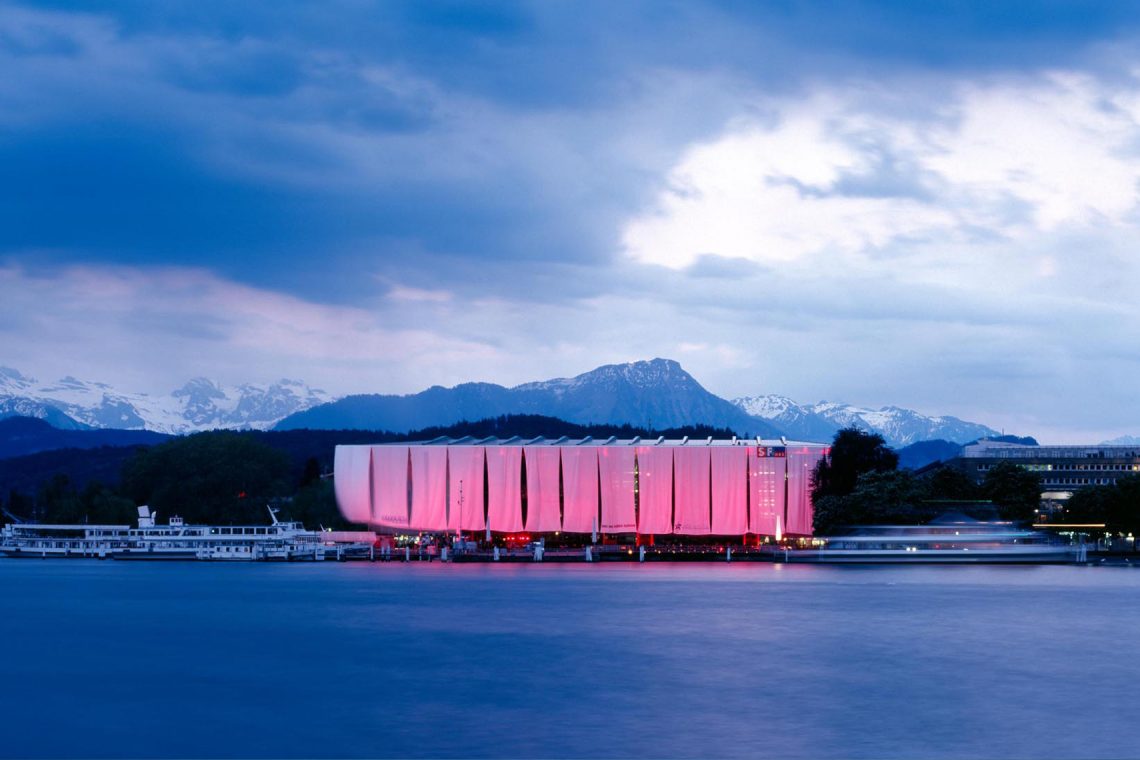 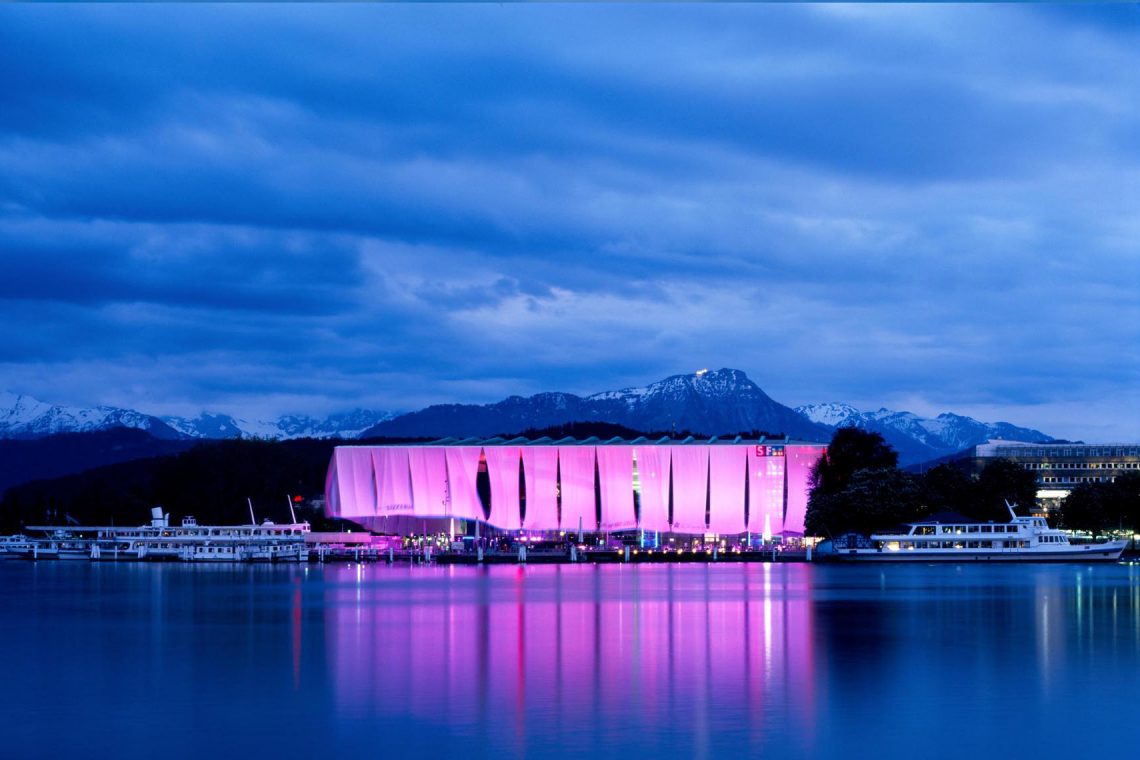 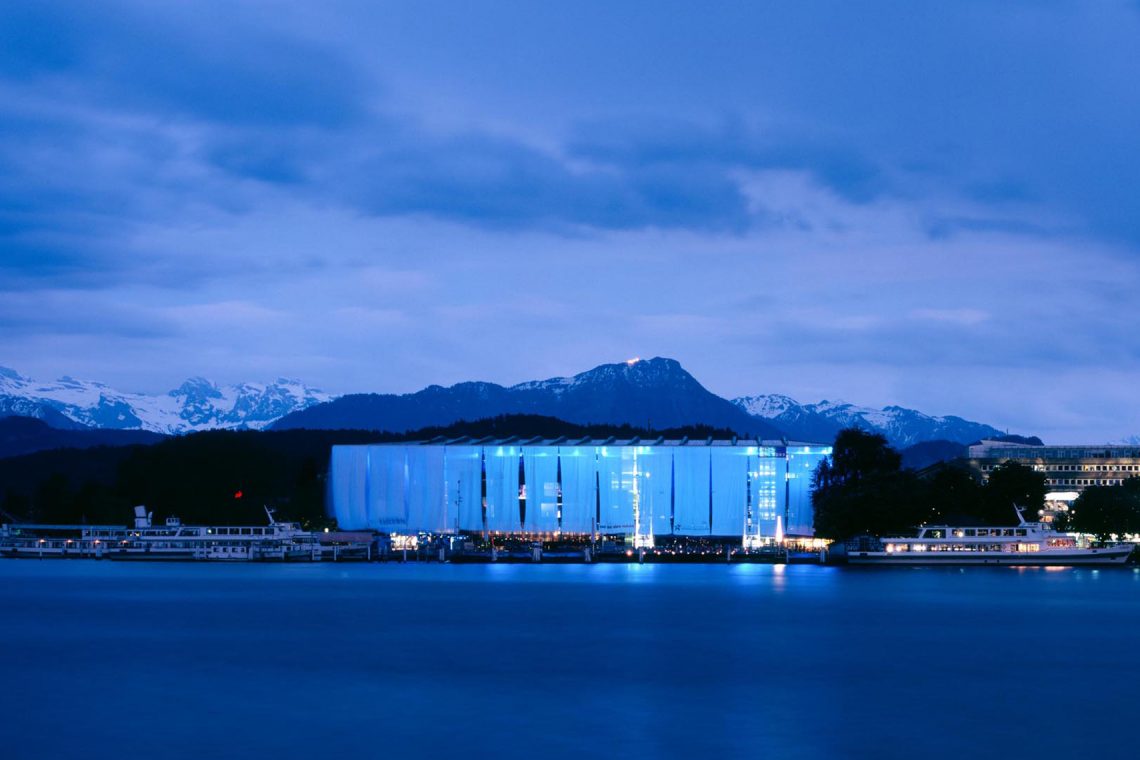 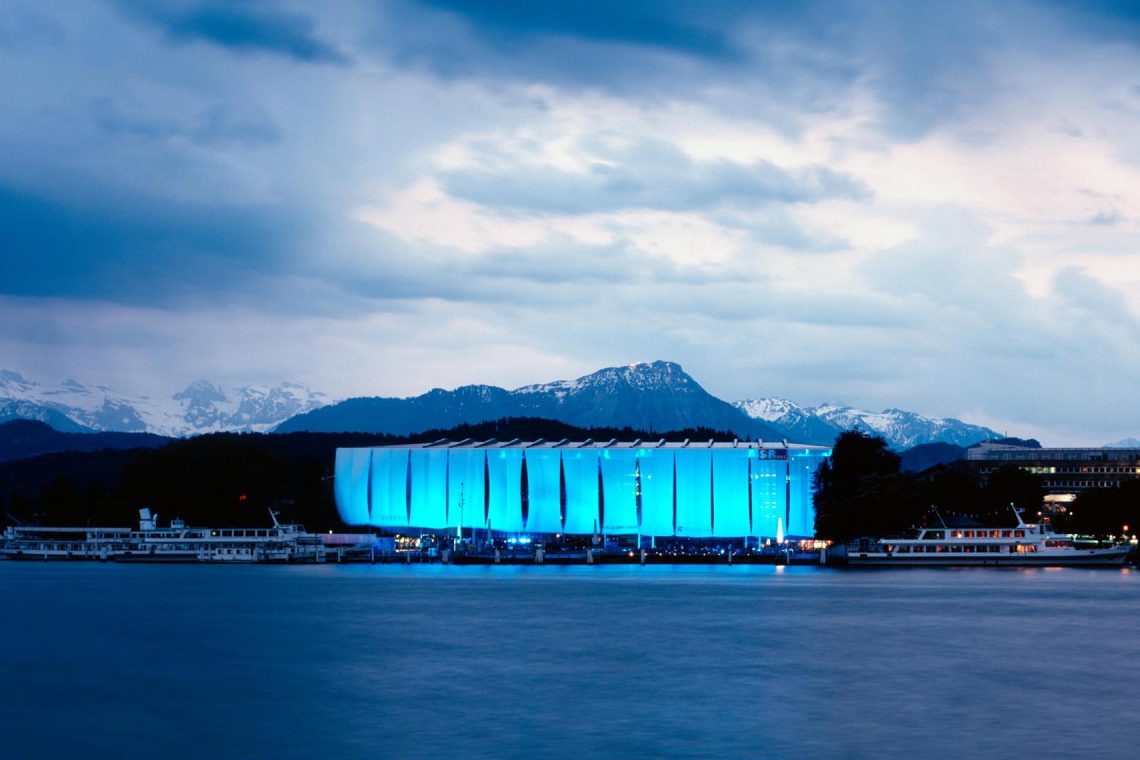 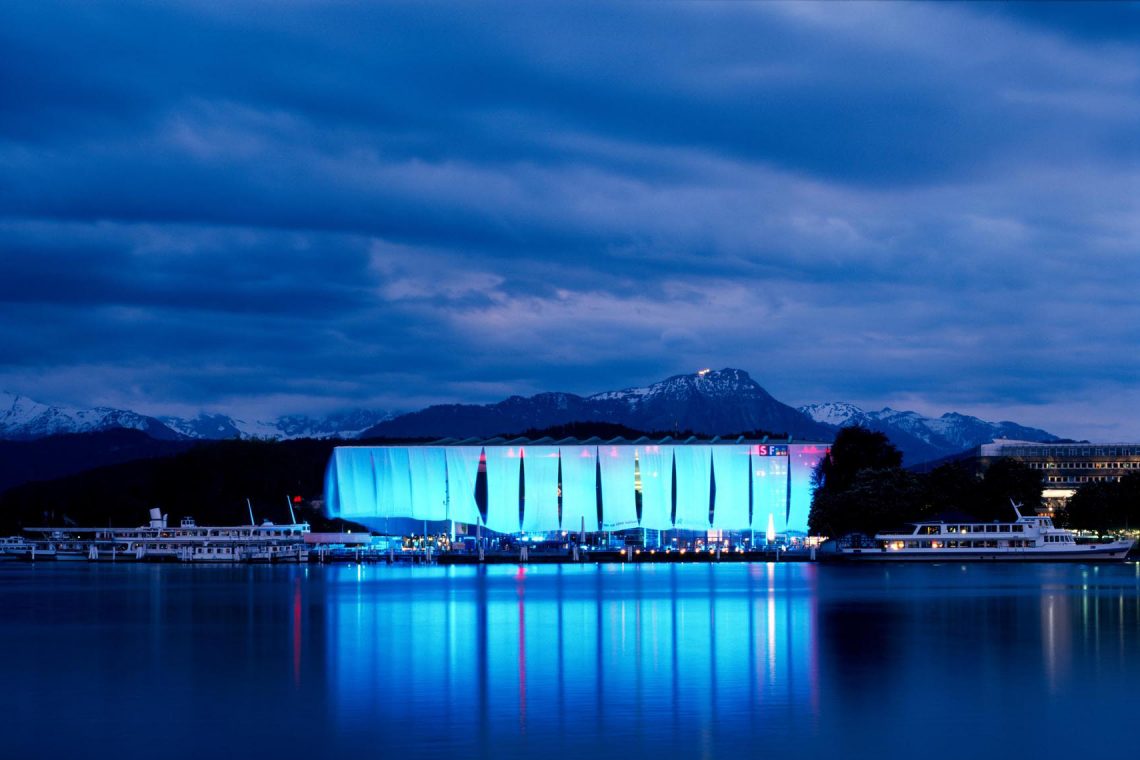 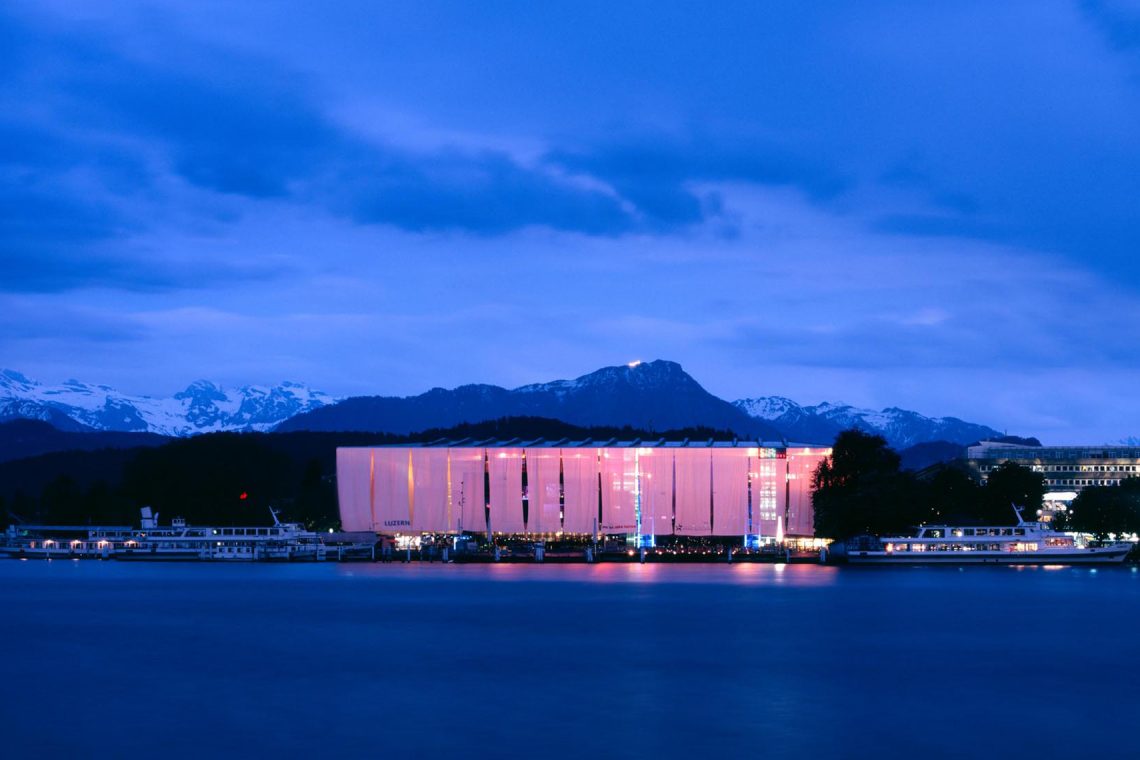 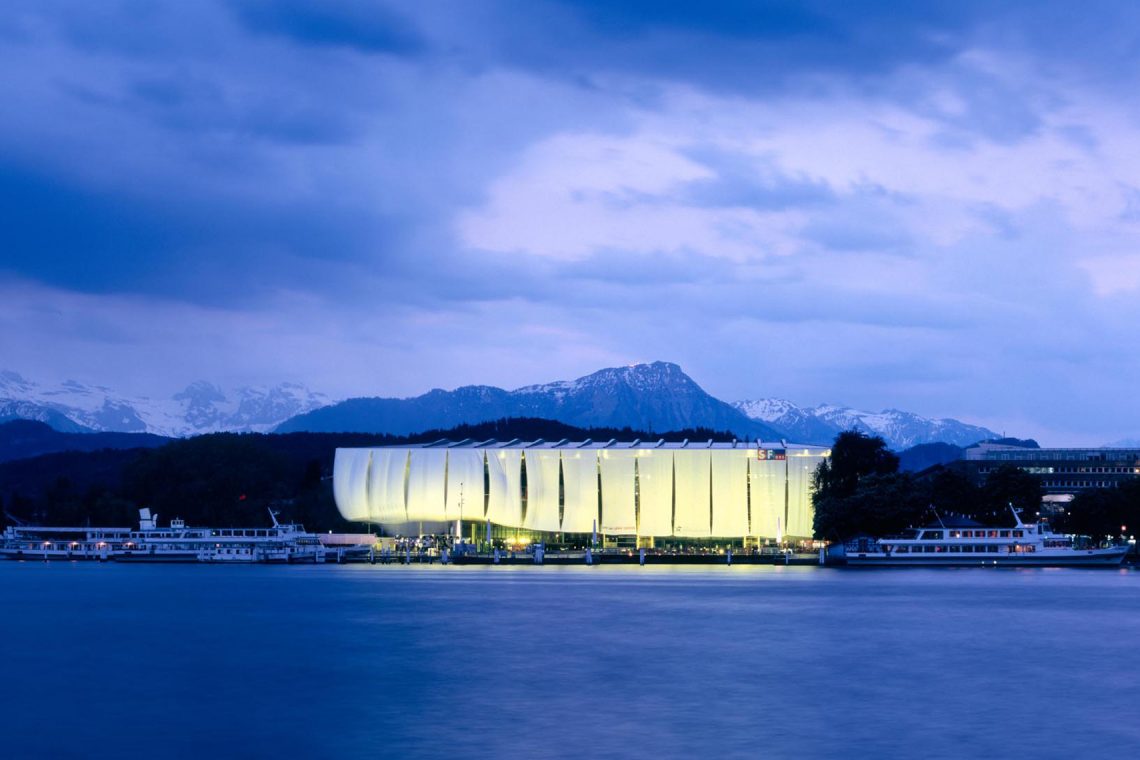 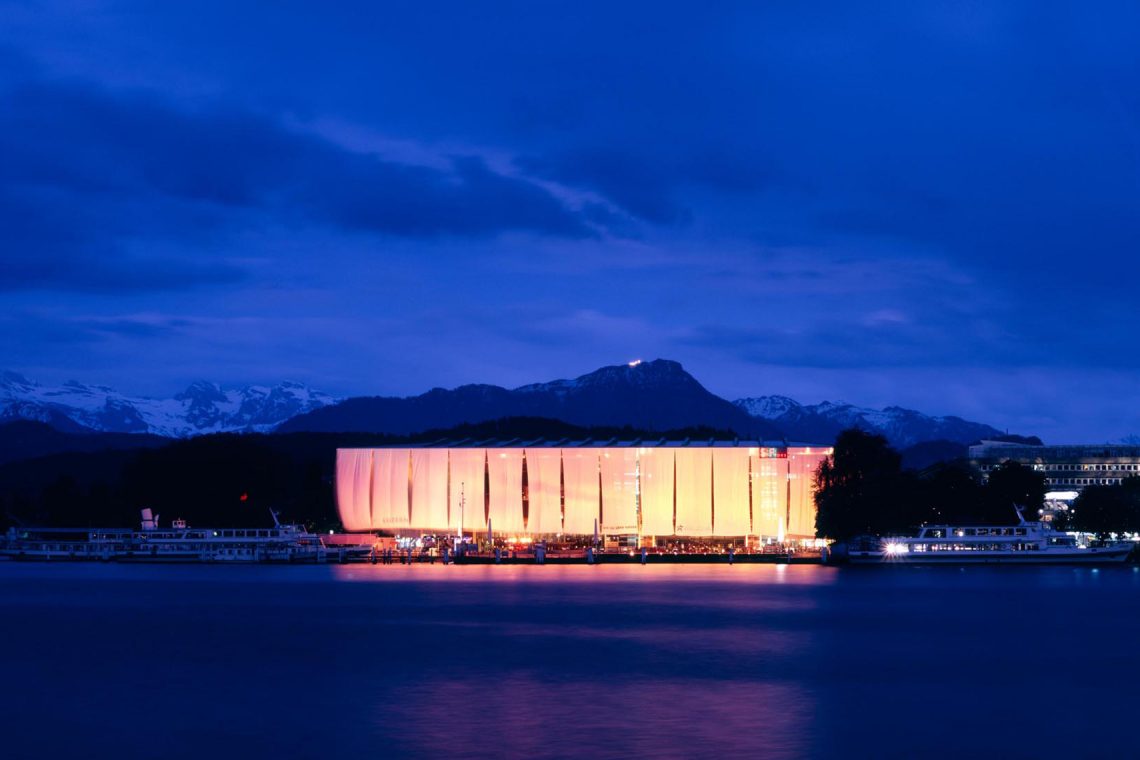 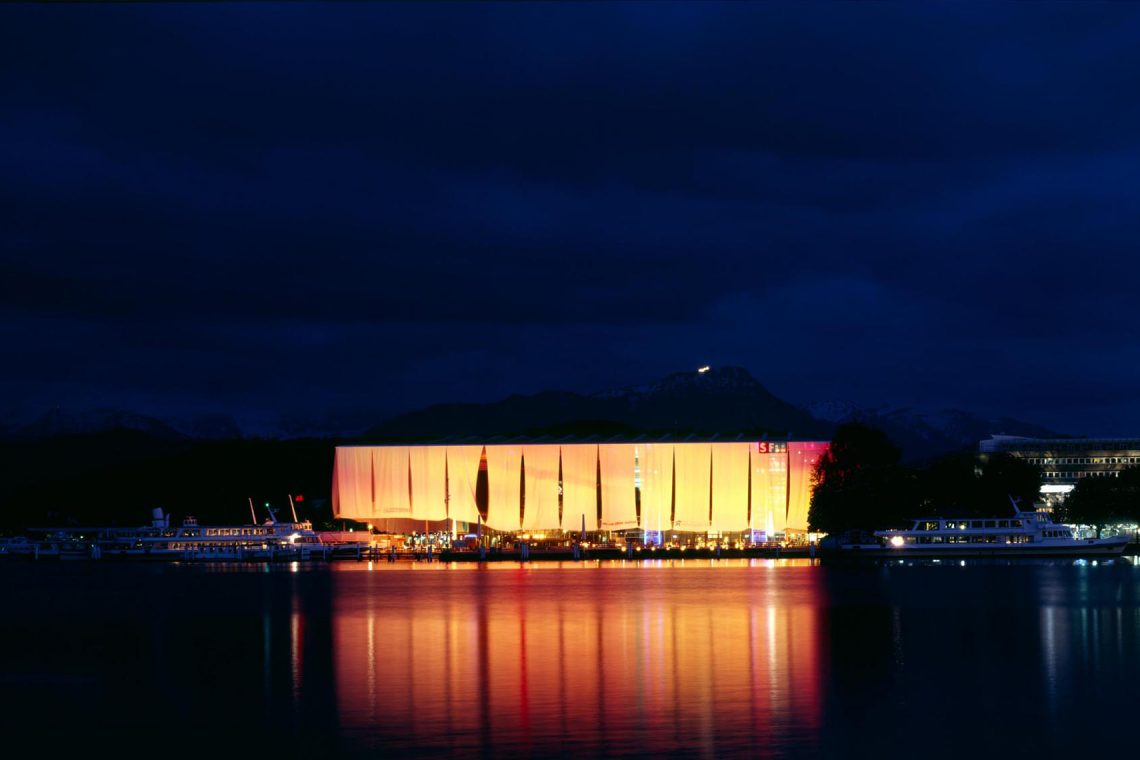 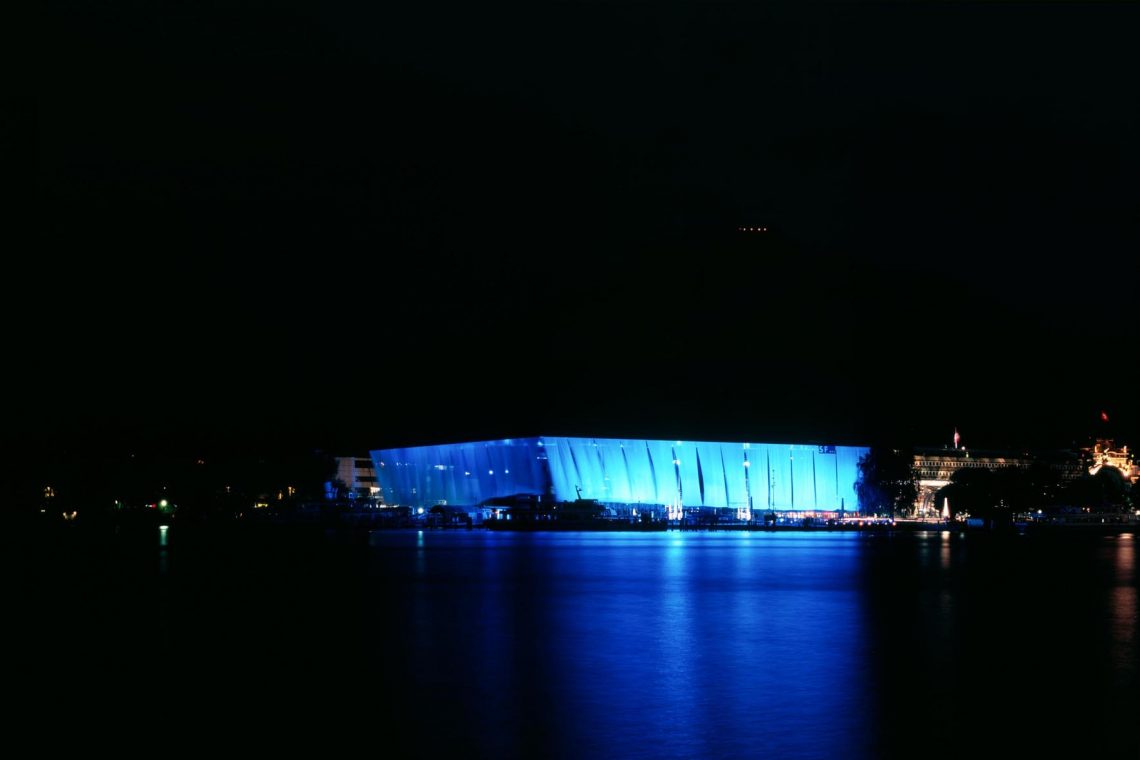 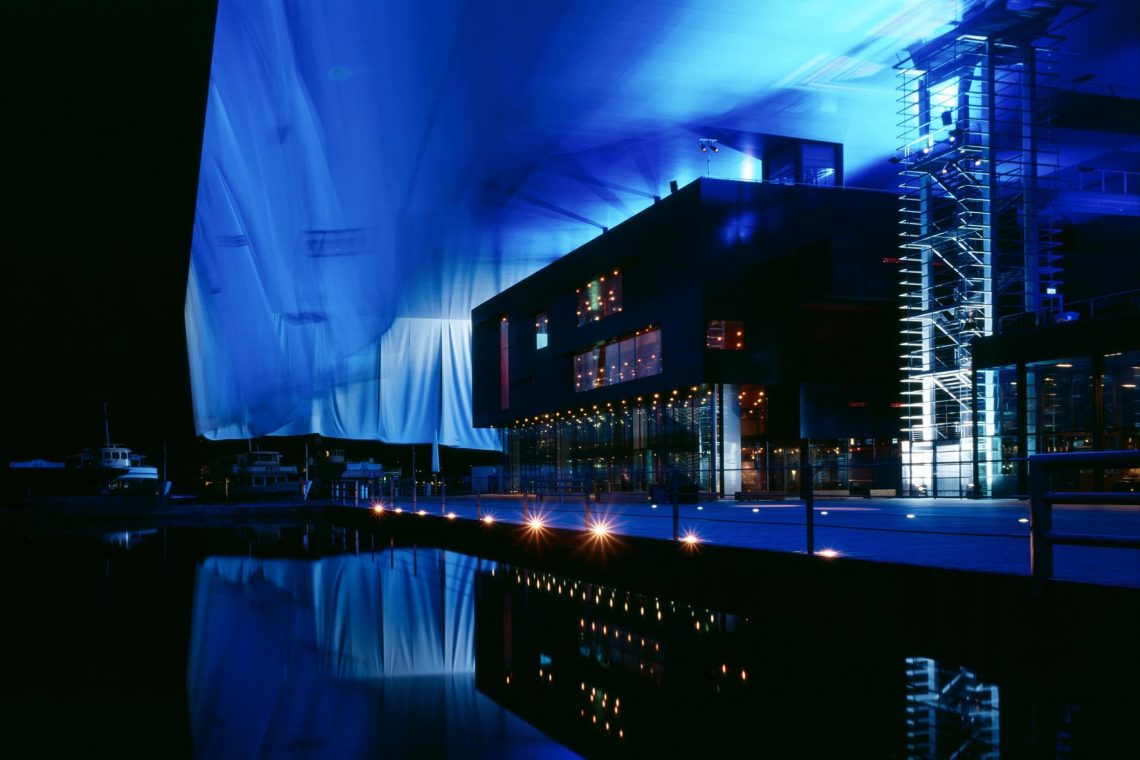 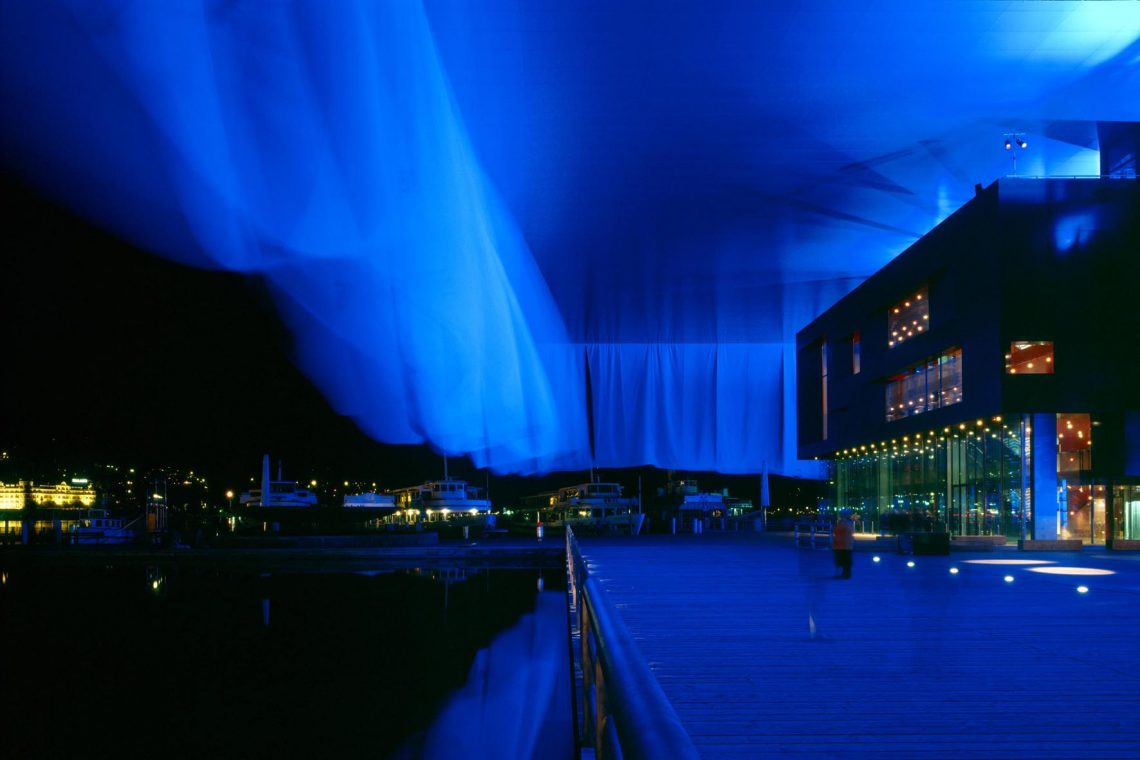 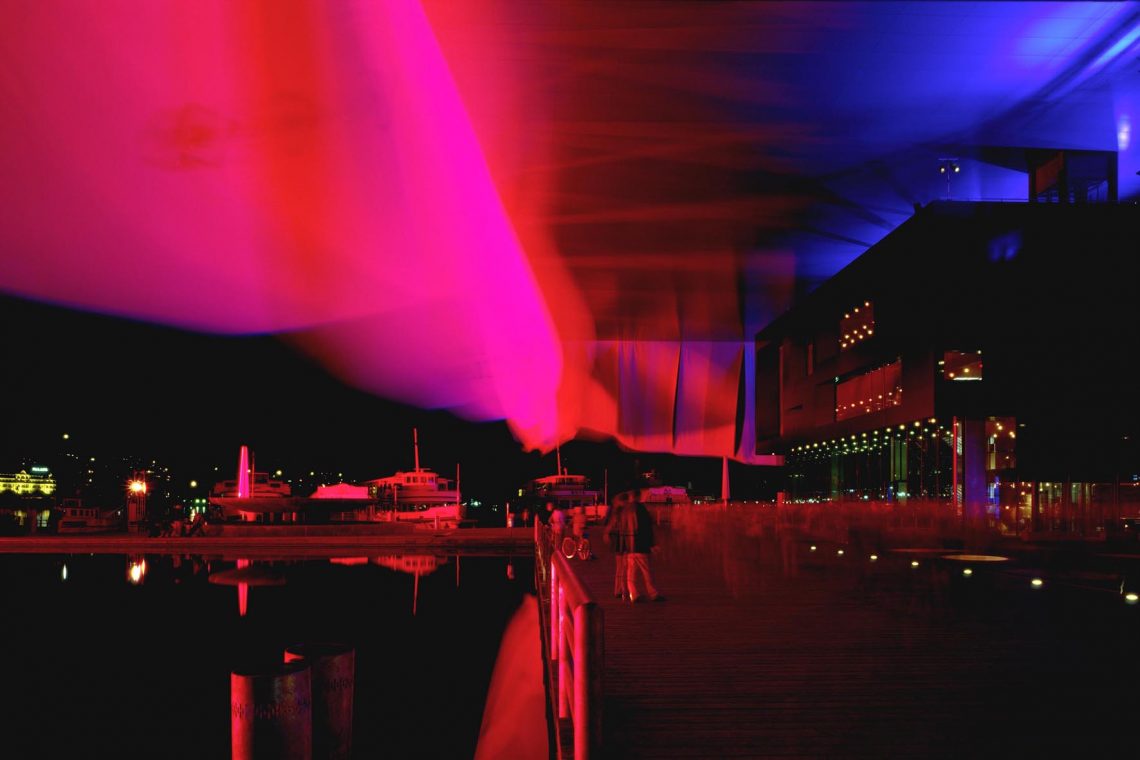 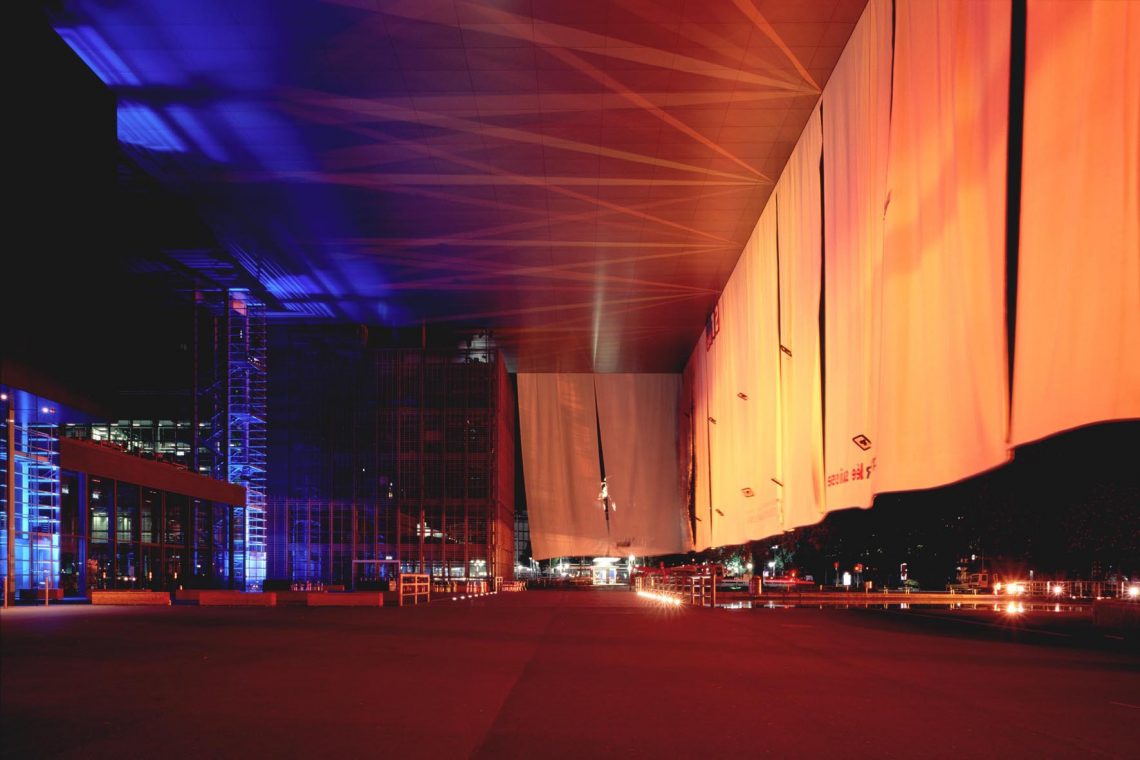 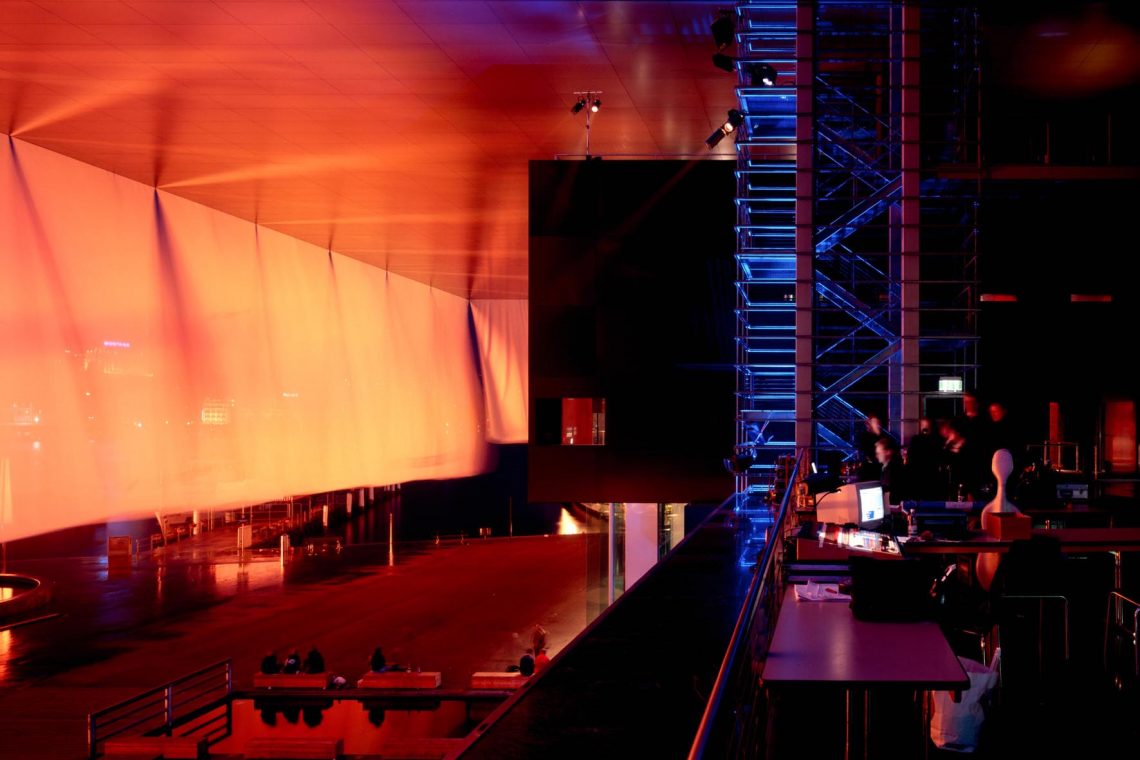 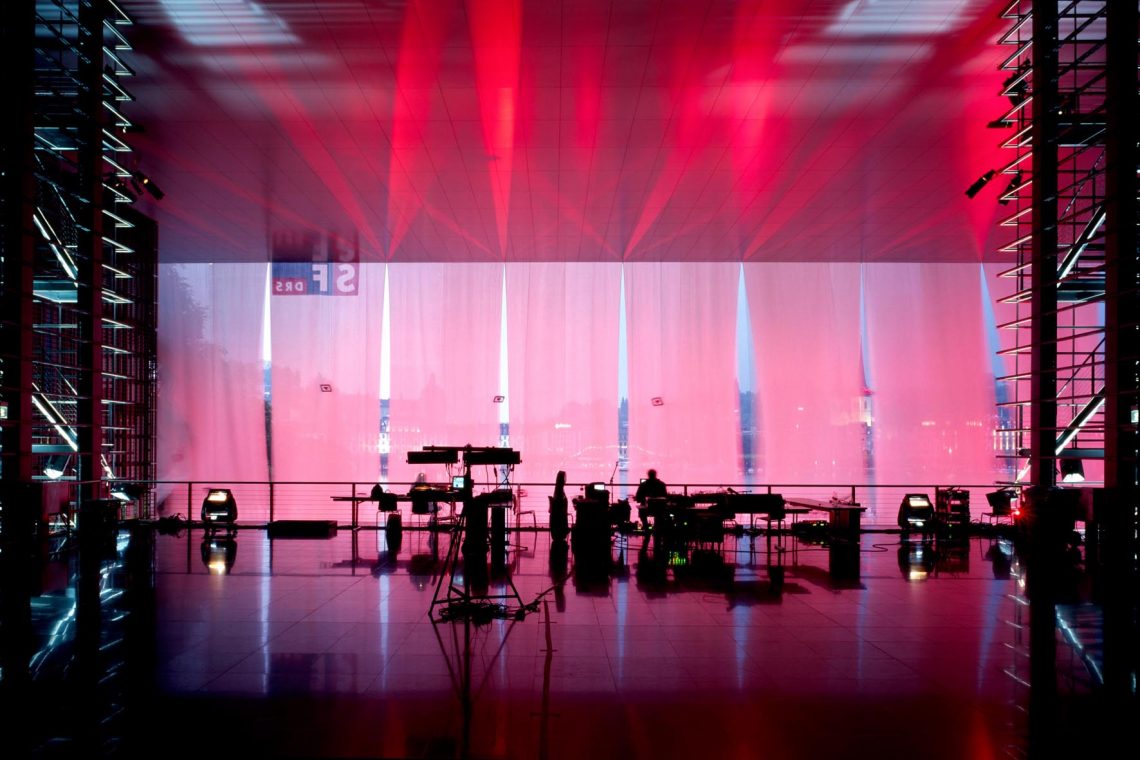 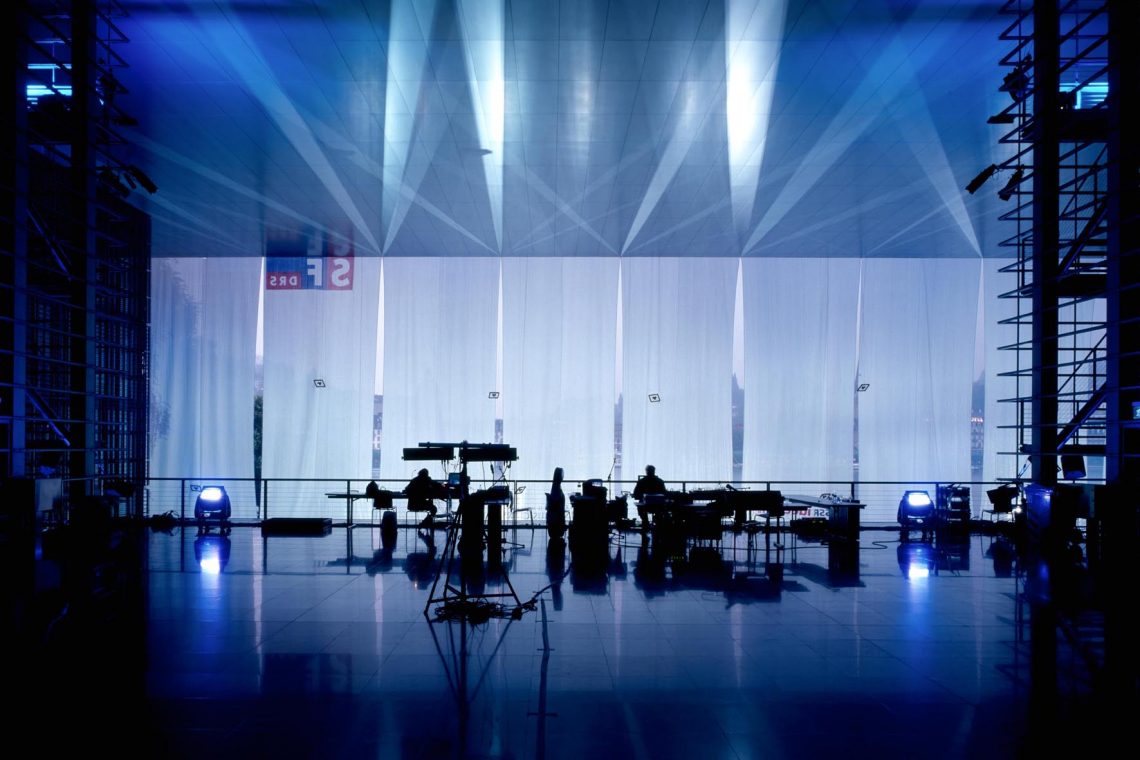 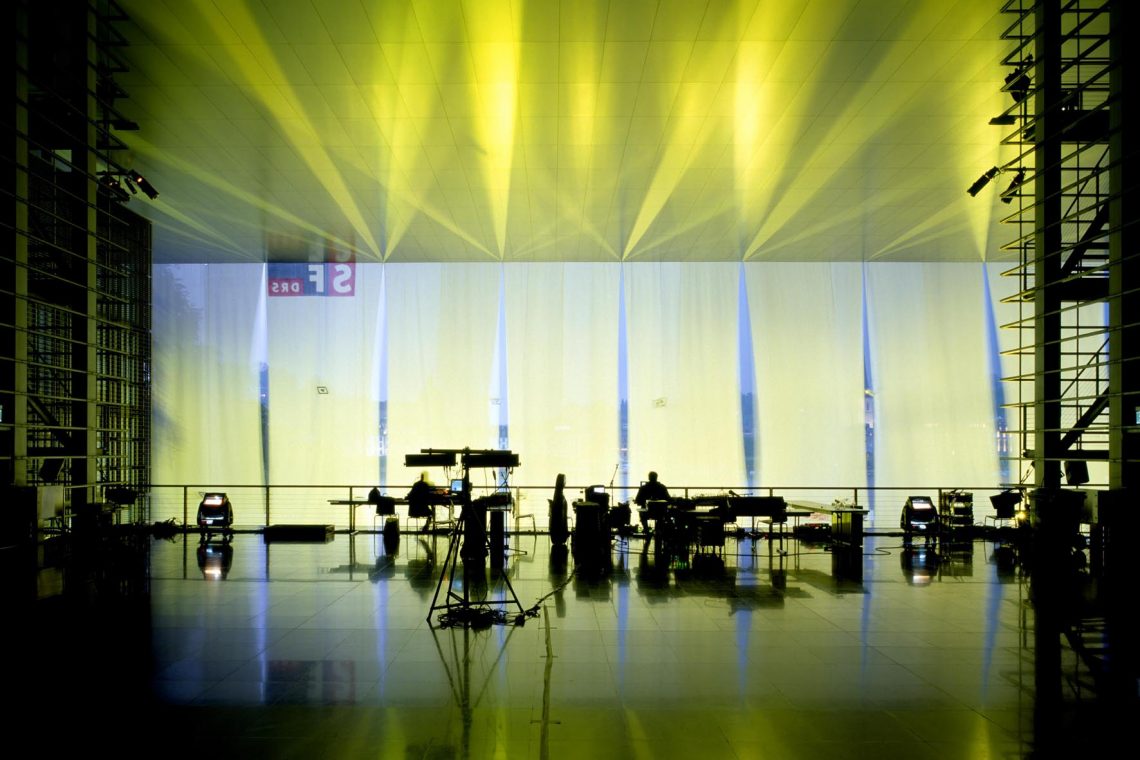 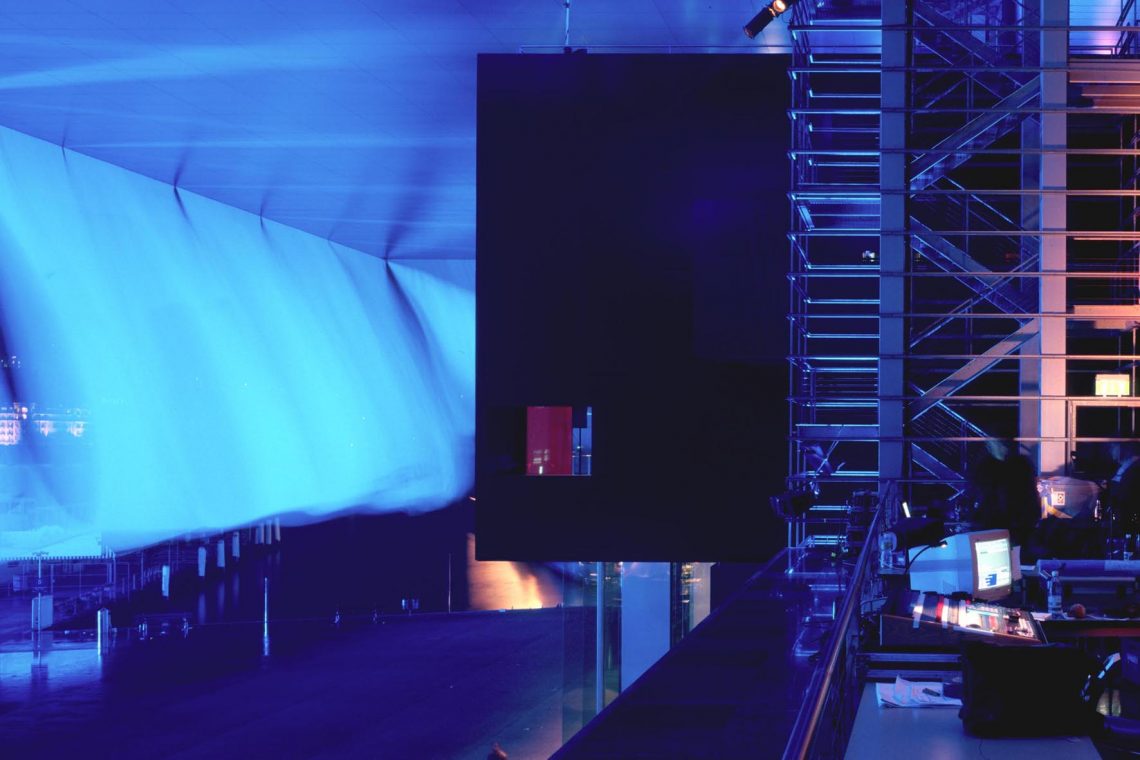