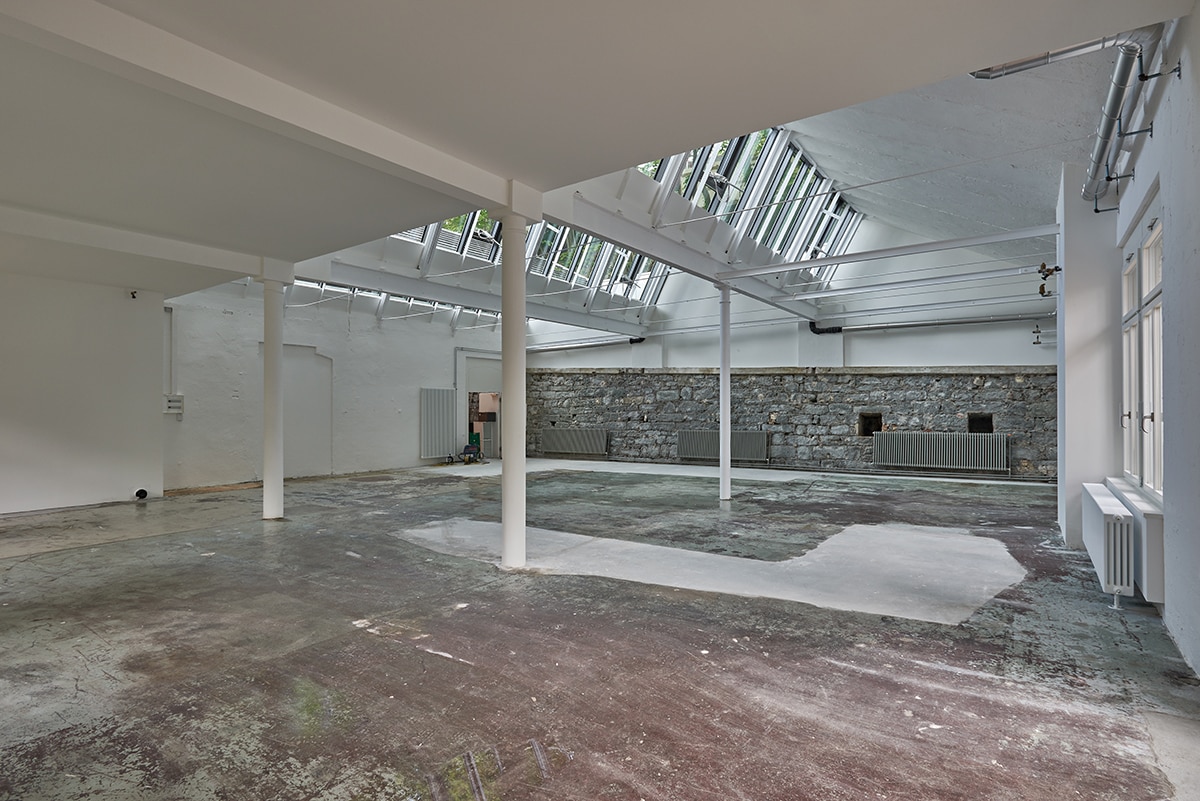 Lessingstrasse 11-17 - OOS has transformed the old building structure of this Zurich address with different levels of structural intervention into a progressive location. The independent project captivates by its characteristic spatial structures. OOS has combined this diversity with strategic planning and targeted renovation to create a new unit.

An old building fabric with varying levels, small-scale floor subdivisions, diverse spatial structures and building systems - the initial situation of this project was highly complex. But this is precisely where the great potential of the property lies.
In a feasibility study, OOS, together with the owner, defined the visions, target groups and future uses and determined the depth of intervention. The aim of the planned renovation and upgrading was to preserve the unique effect of the building structure for future generations.
Accordingly, interventions were only carried out where they were necessary due to earthquake and fire protection. While the roofs were energetically renovated, the facades are only insulated on the inside in the area of the window parapets.
On the outside, the appearance has only been changed by demolitions to clean up the structure. Inside, the staircases have been freed of fixtures and together with the new lighting concept this contributes to the strong appearance of the property. Wherever possible, the different surfaces and structures have been left as they are, and with subtle interventions have been combined into an atmospherically harmonious unit. In addition to the staircases, the exposed sandstone retaining wall is a unique element that will strongly influence future tenant improvements.
With targeted and unpretentious interventions, OOS succeeded in transforming the old building structure into an independent, progressive location while at the same time preserving a piece of history for the city of Zurich. 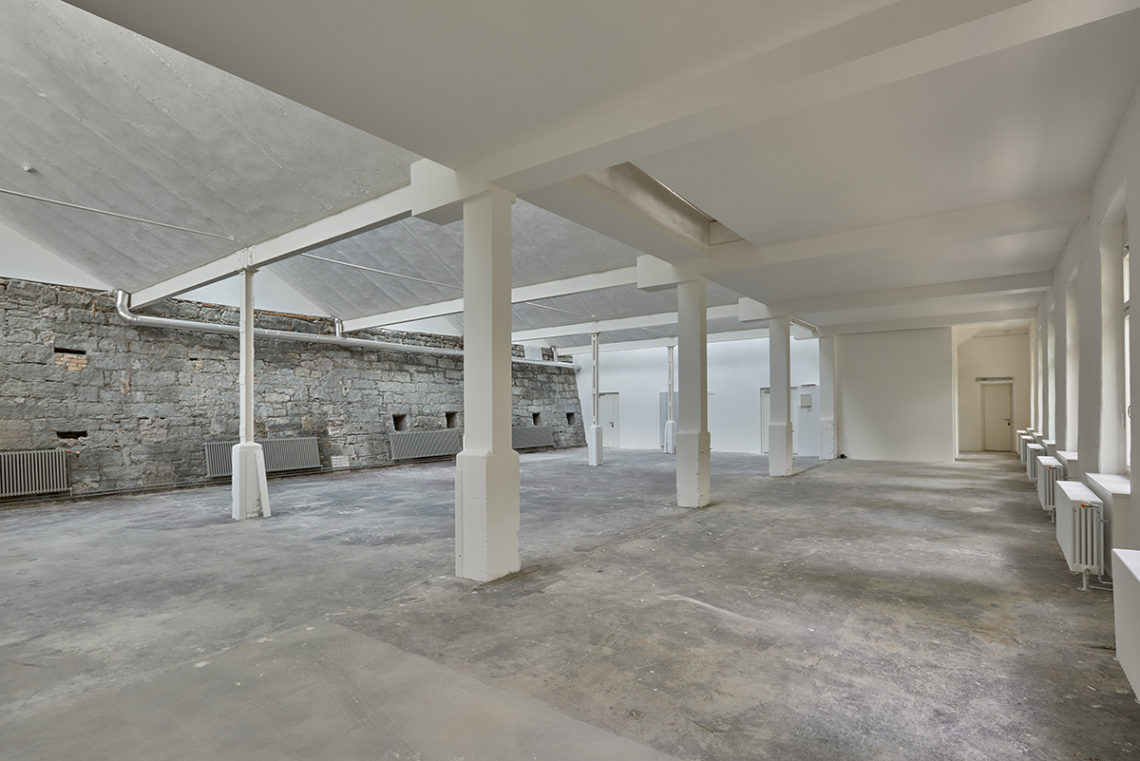 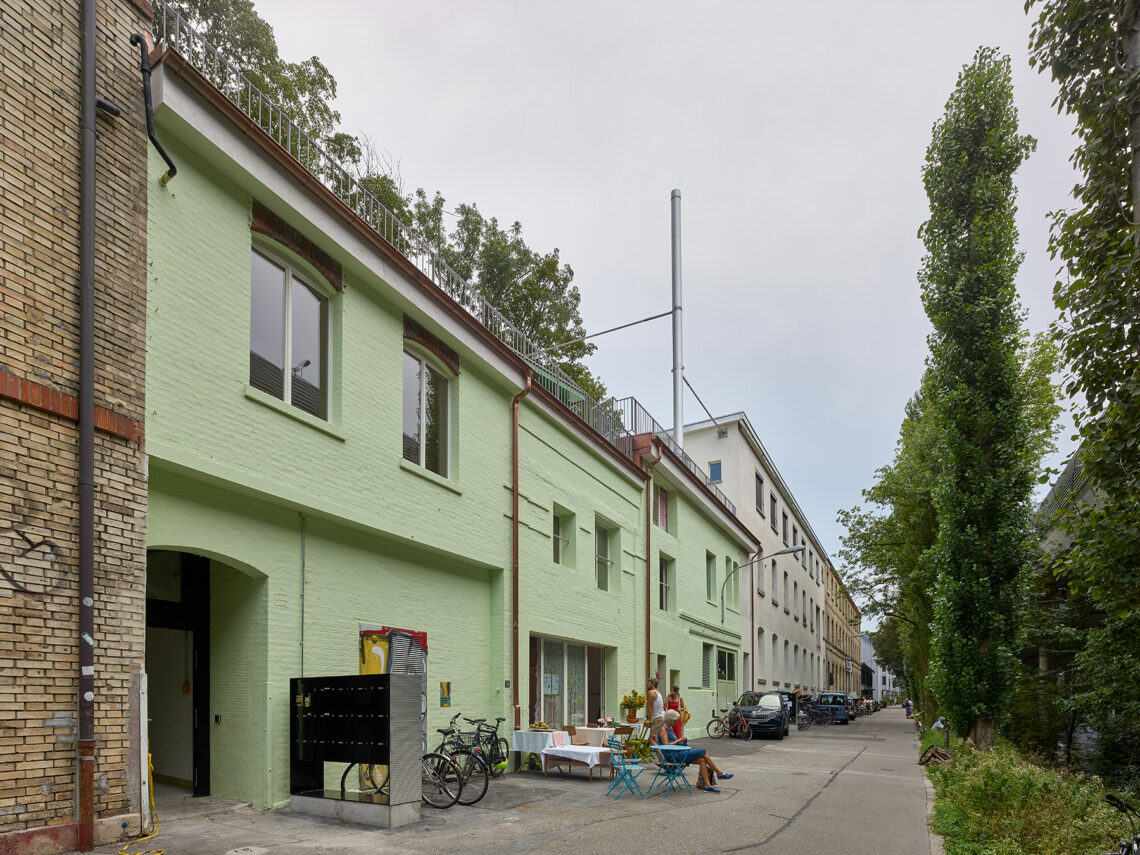 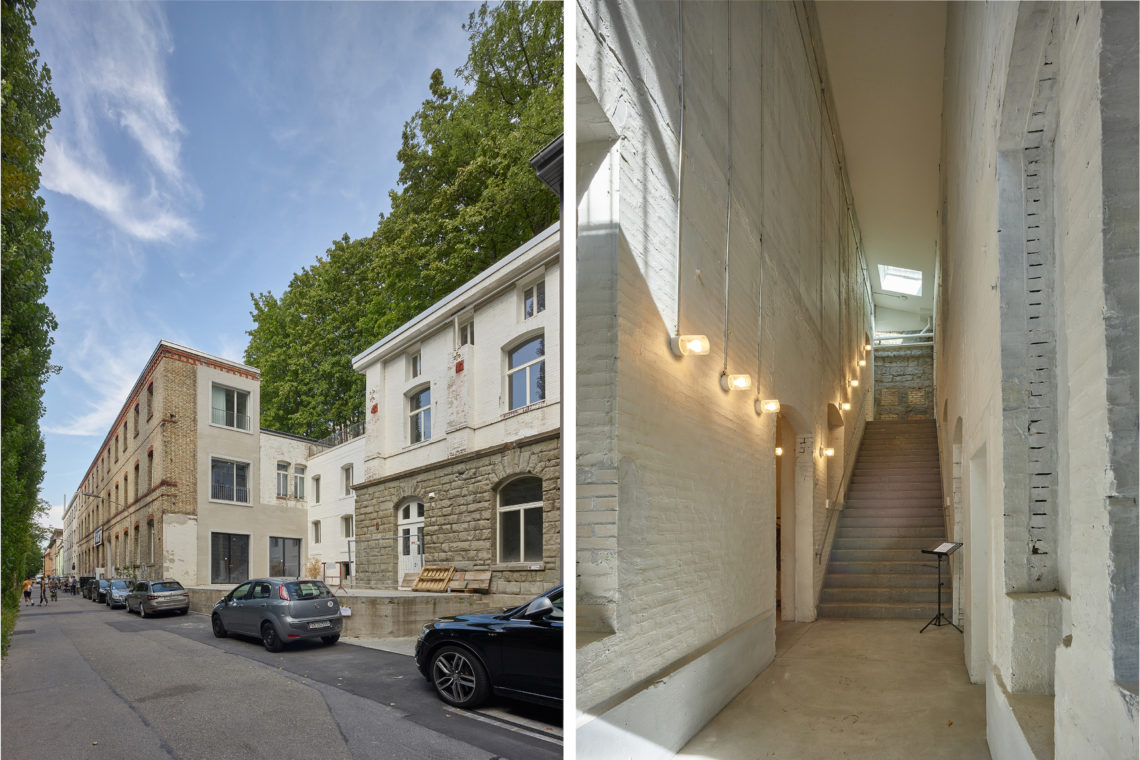 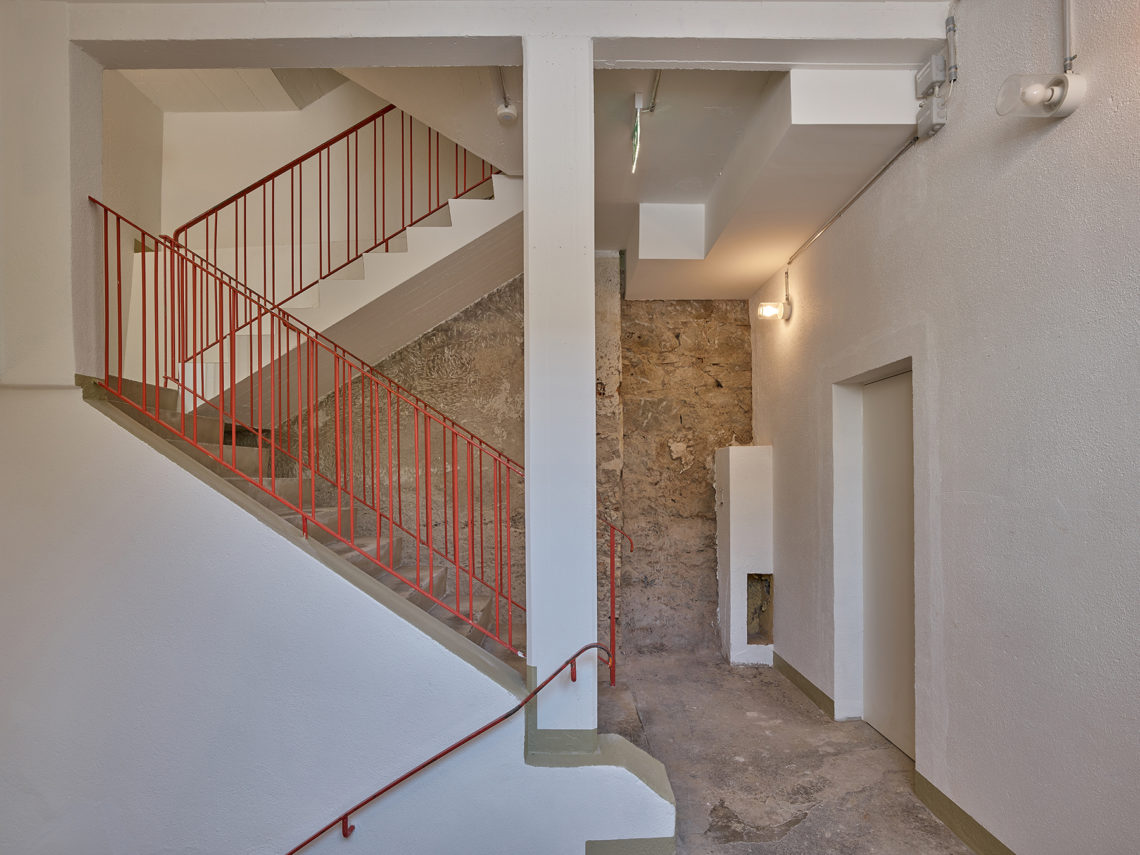 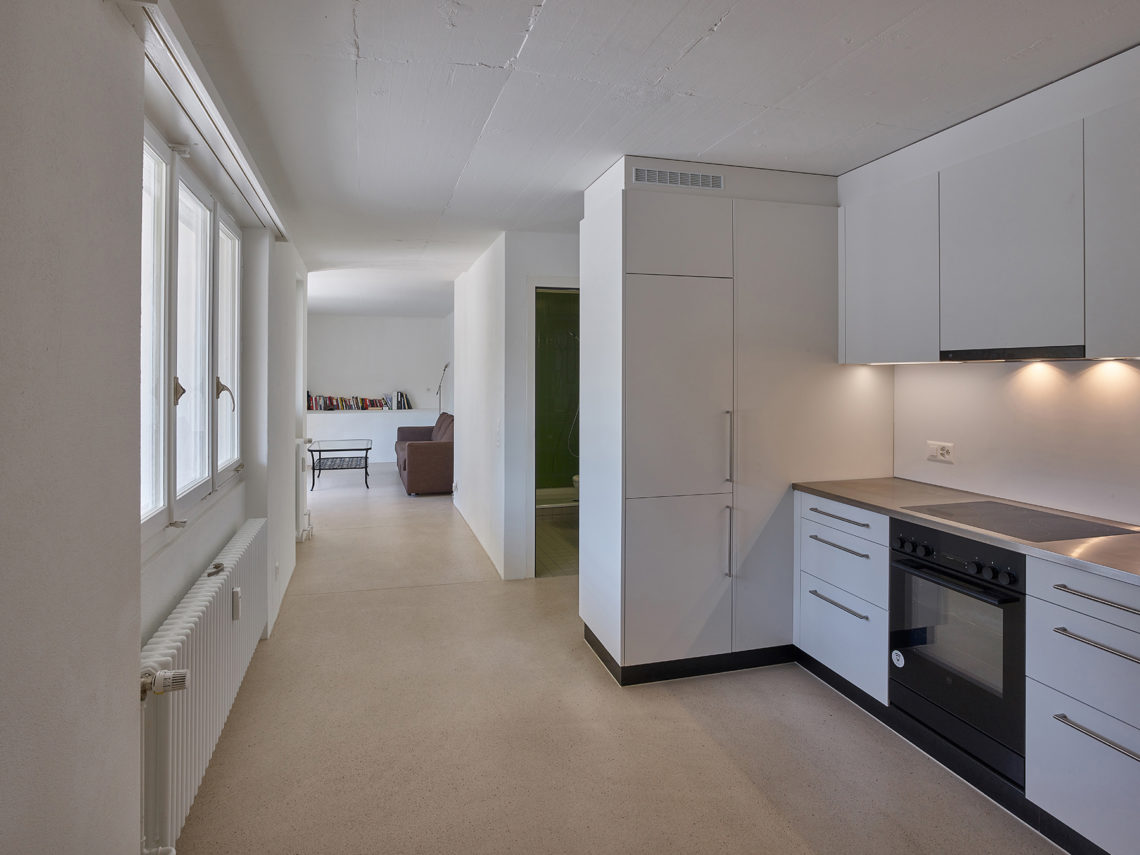 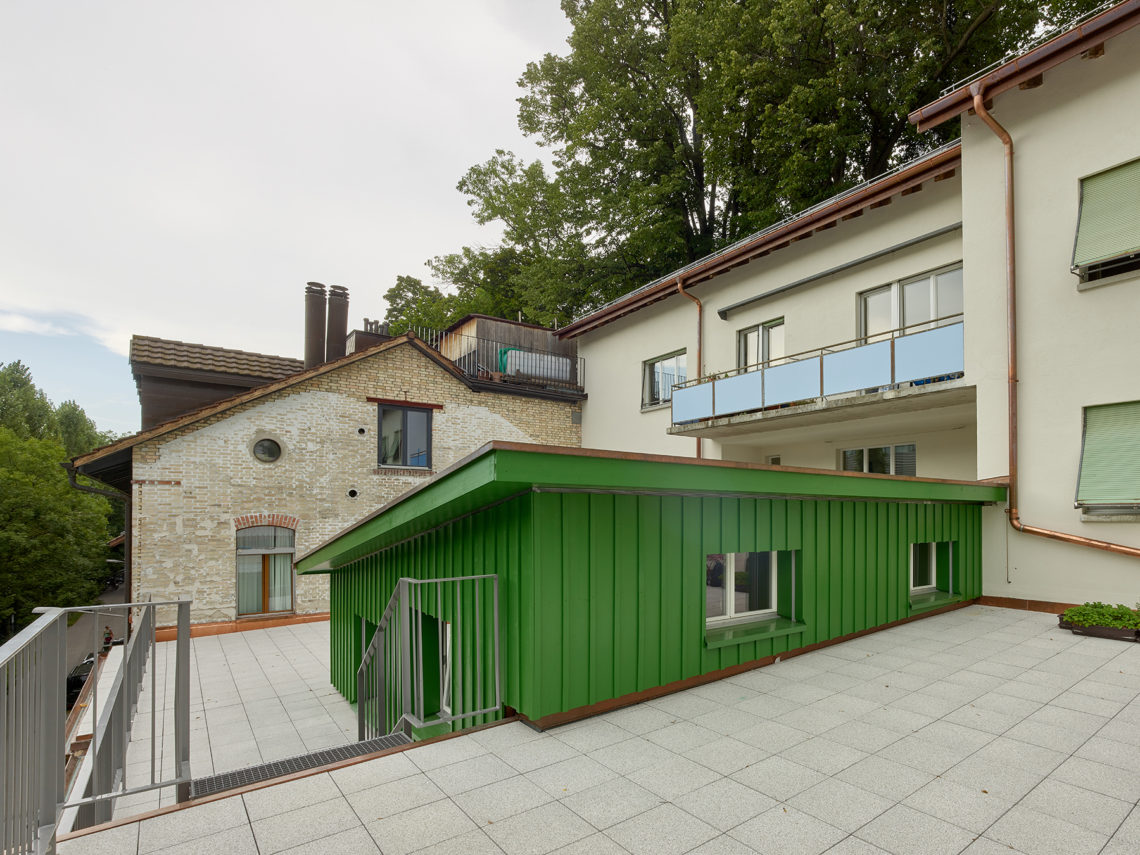 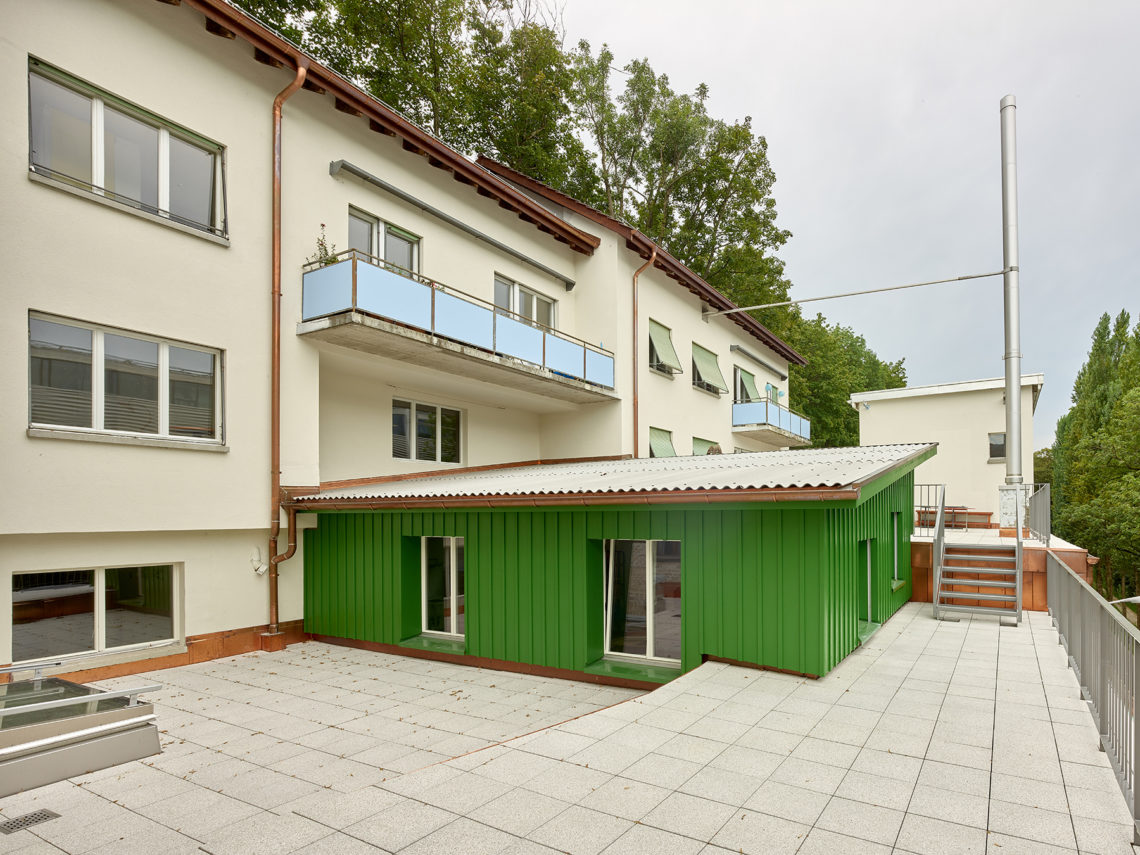 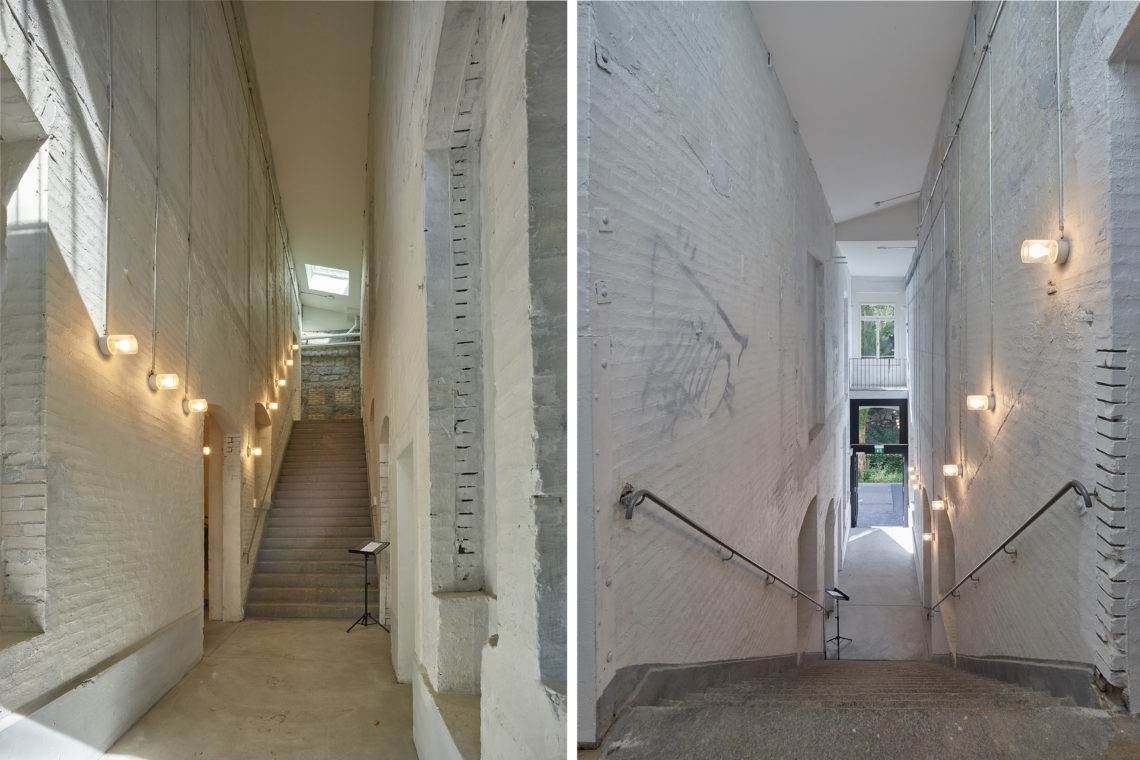 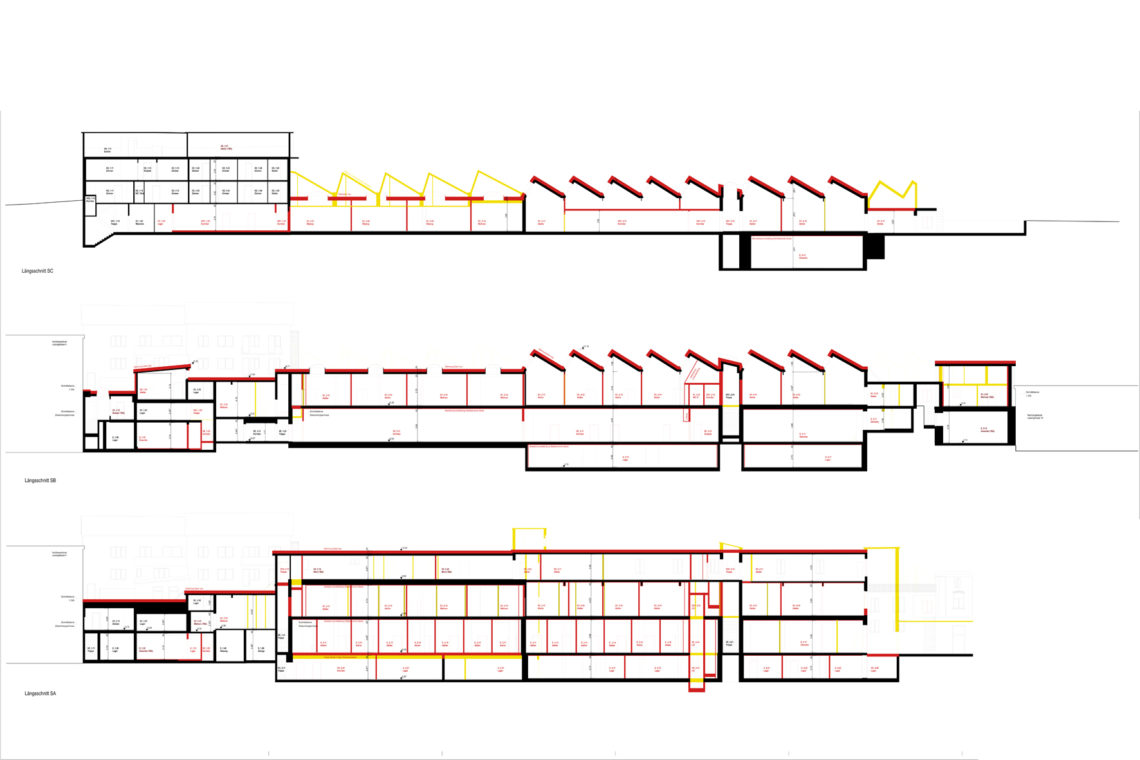 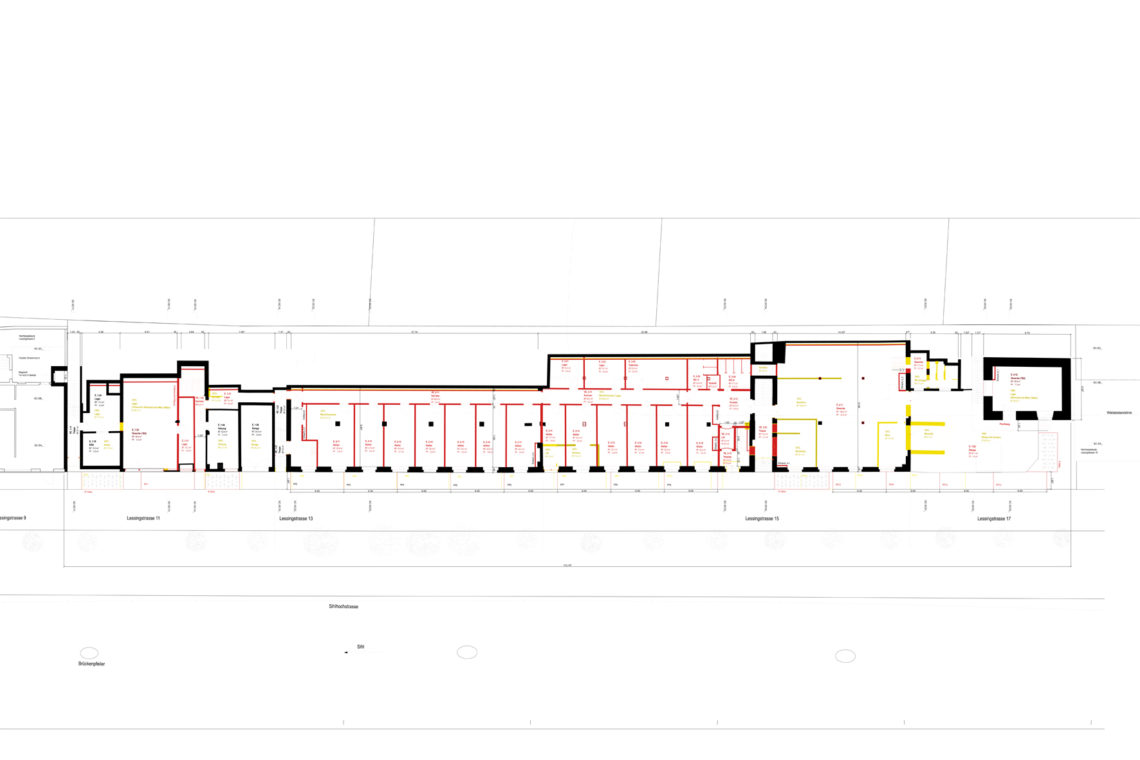 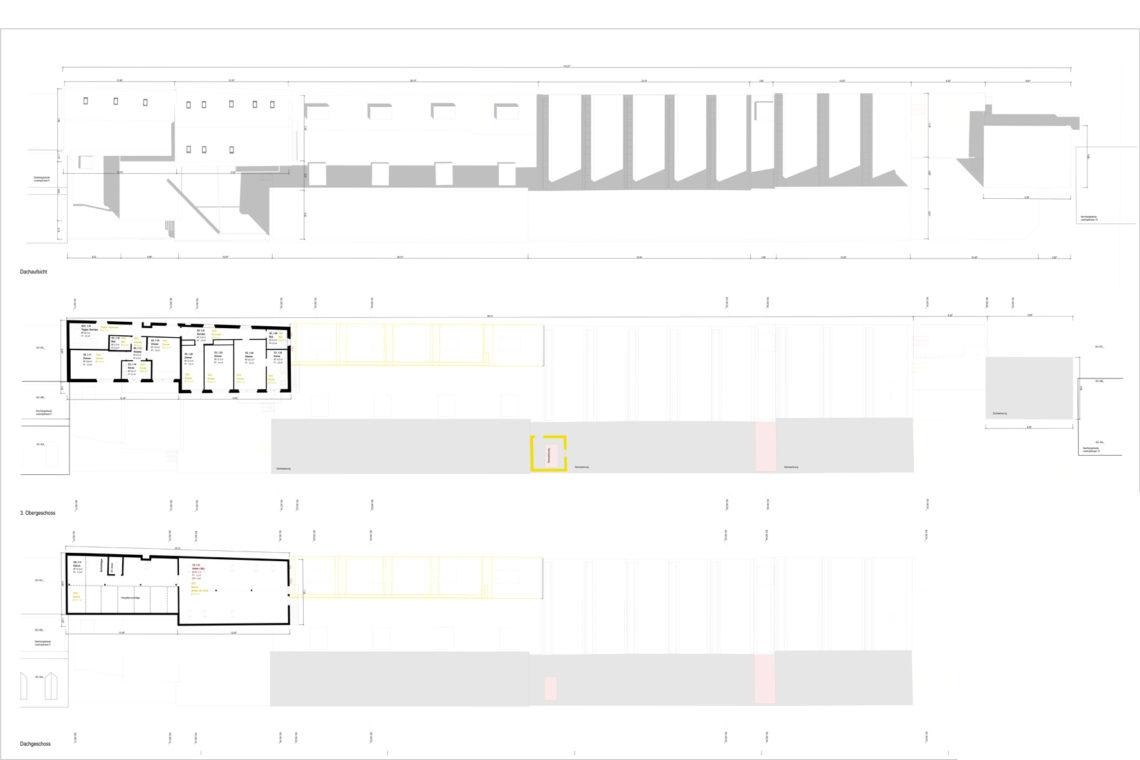 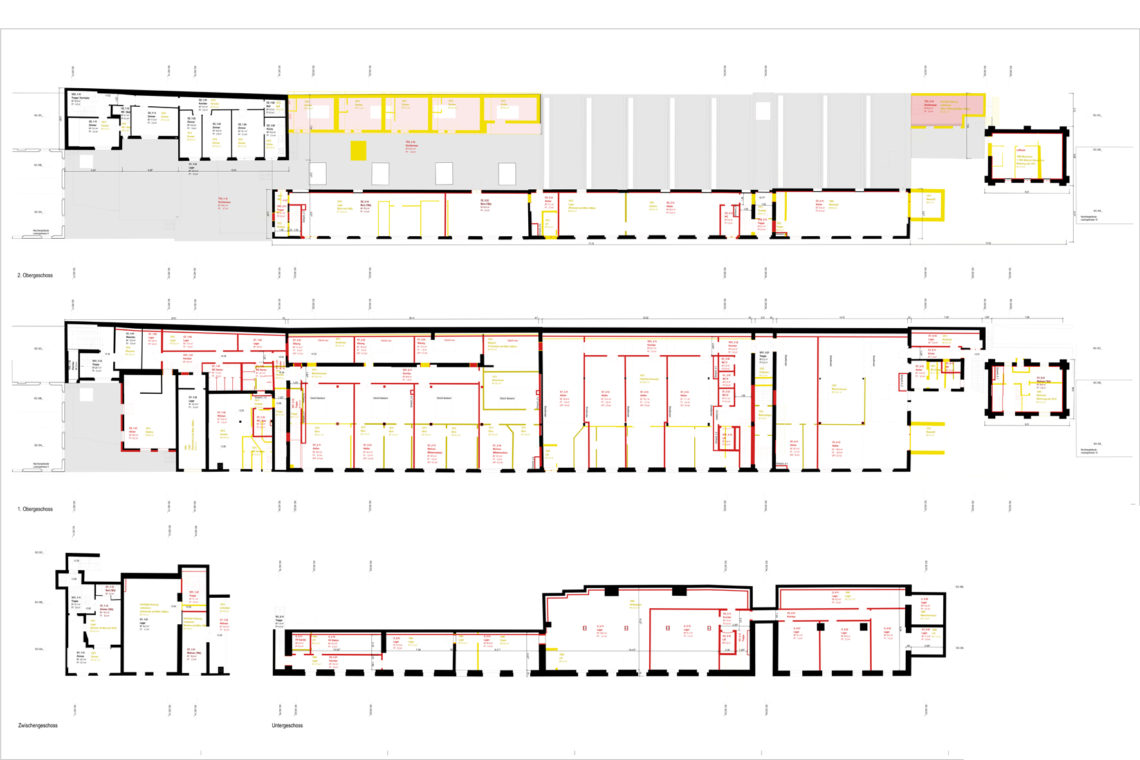 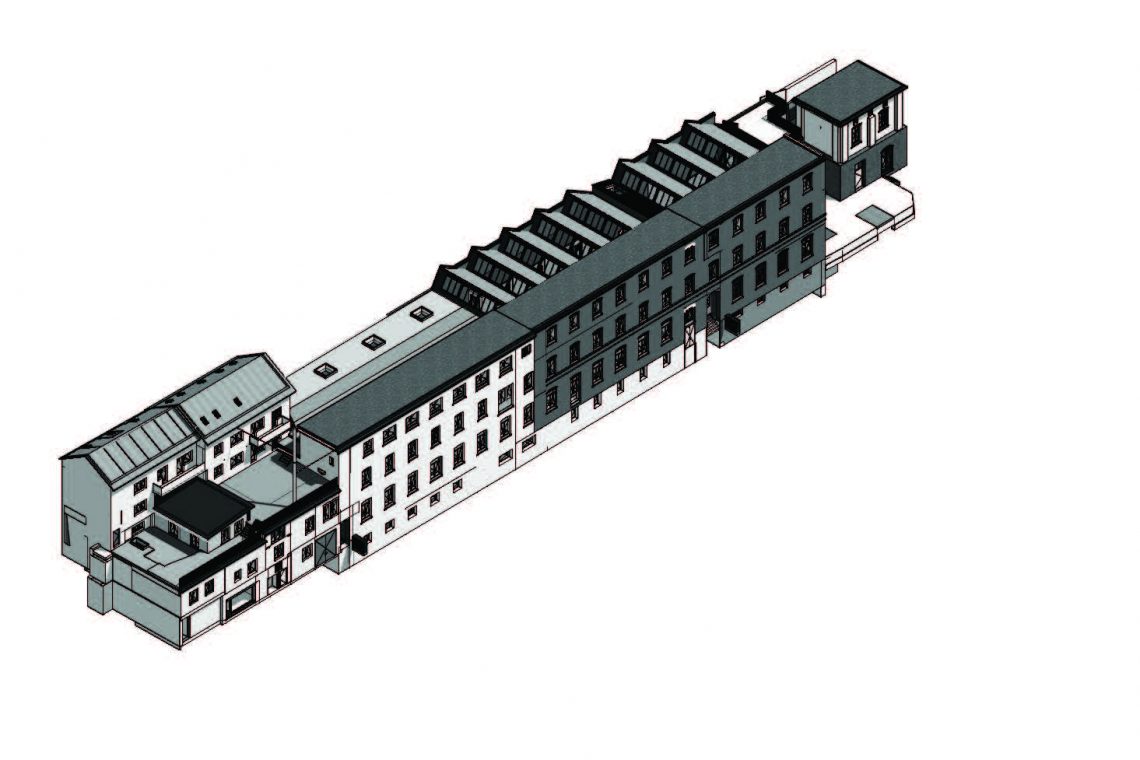 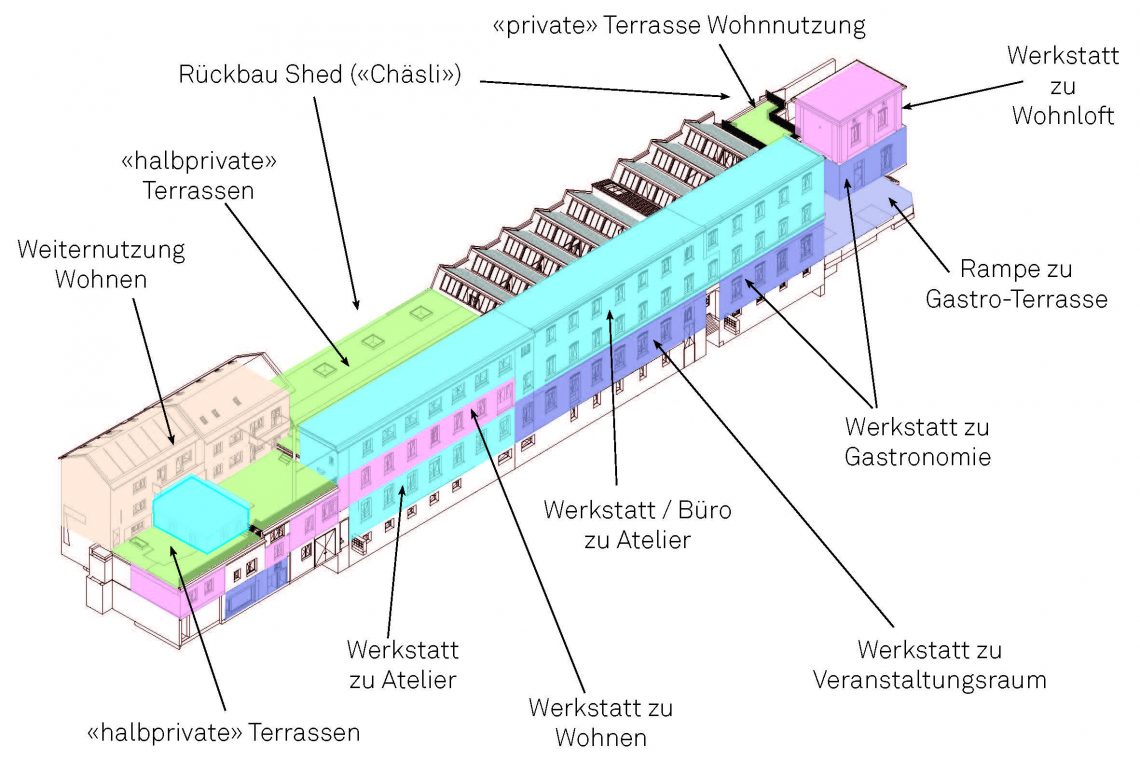 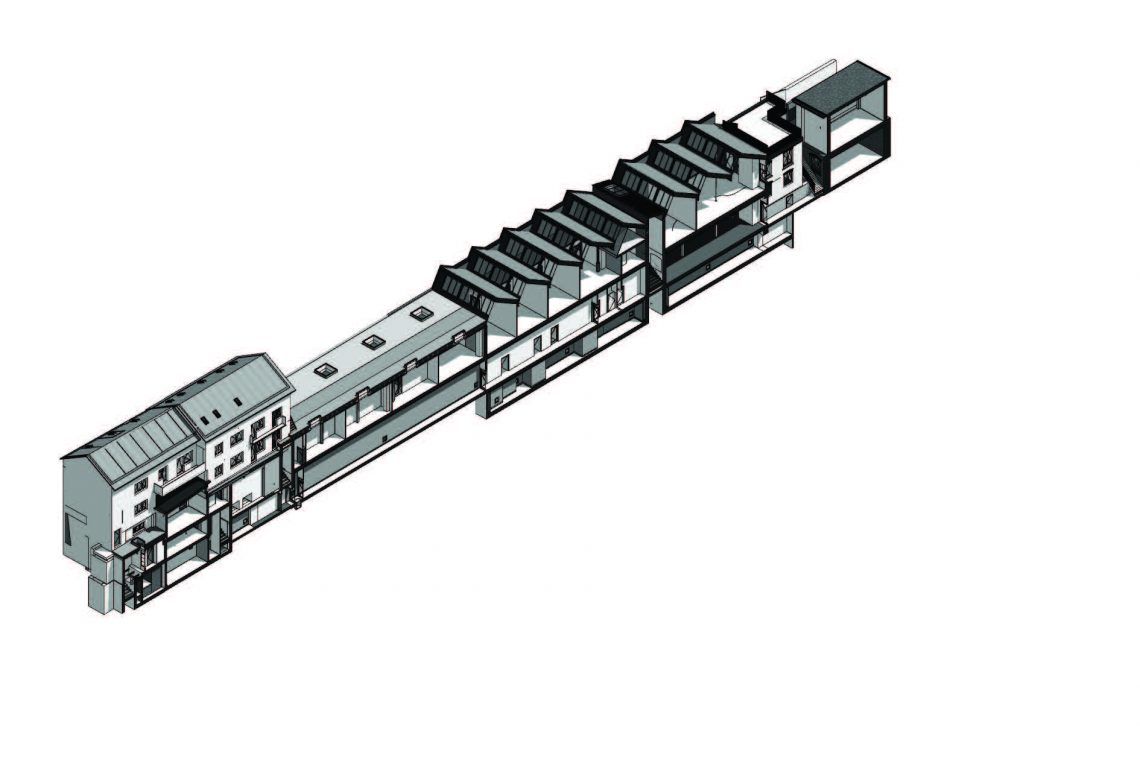