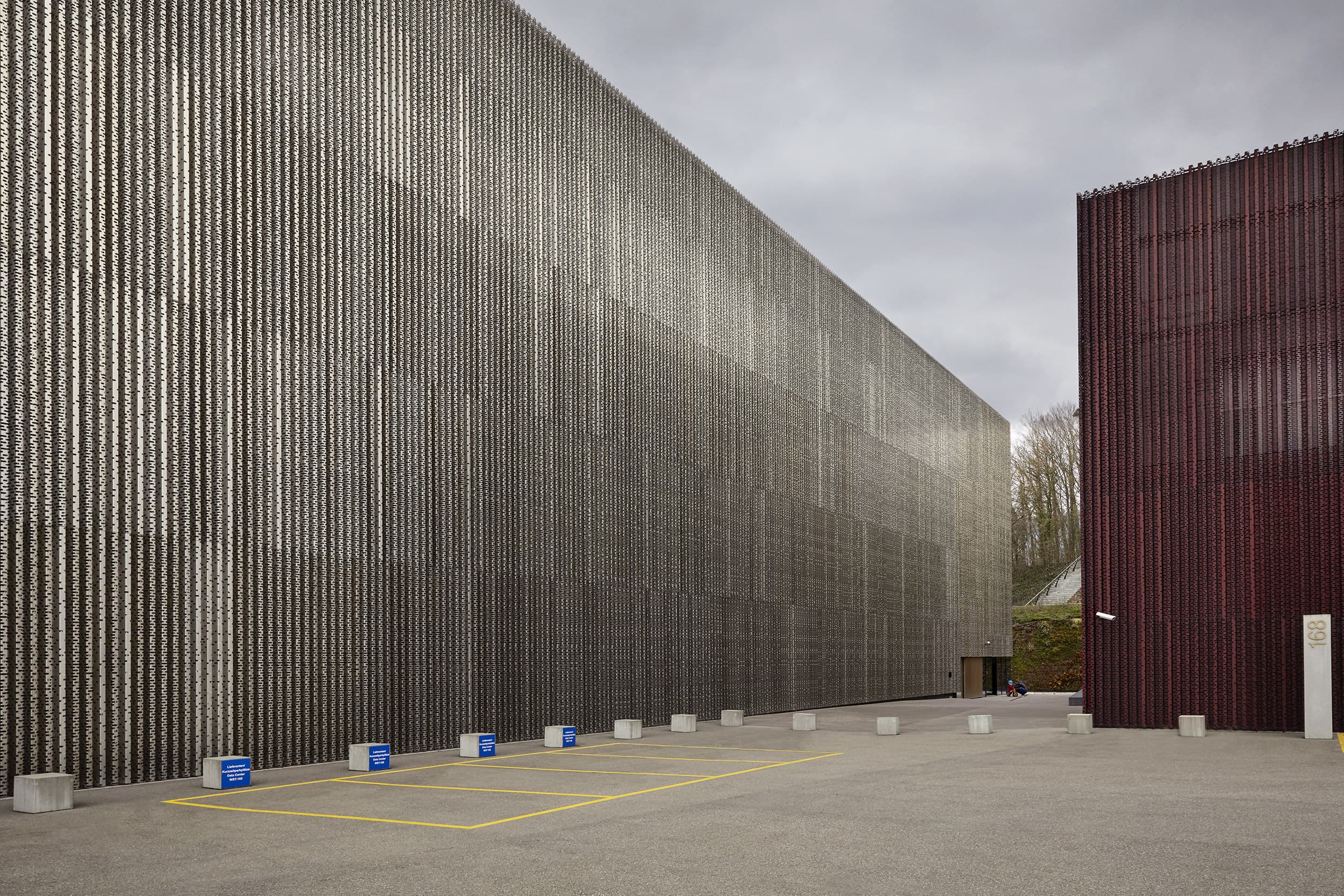 Based on the functional needs of customers and users for a technical building with an office section, the architects generated a spatial atmosphere that derives from the relationship between technology and nature.

The usable floor space on the north side of the existing building (Cube I) was enlarged five times to a surface area of 10,500 m2. Due to the setting of the two units of the building, a new smaller space was created, which has had a positive effect, enhancing the overall spatial situation. The artificial hill at the end of the building provides an attractive finishing touch, leading to a high-quality workplace in marked contrast to the surroundings dominated by industry.
The expansion was already under consideration during the development of Cube I so that it could be implemented without an additional development plan. The separation between the main building and the adjacent powerhouse strengthens its character as a campus, given further emphasis by the different colors of the facades. The logic and the sensory appeal expressed in Cube II are predicated on the analogy to a machine. The cooling of the central spaces takes place through the facade. The air is drawn in through the facade on one side, and the heated air is released on the opposite side. In order to lend equal consideration to the technical and design specifications, the metal facade elements (metal panels) were folded. This ensures the stability and planarity of the aluminum elements held together at just a few points, even given the high percentage area of the perforations. 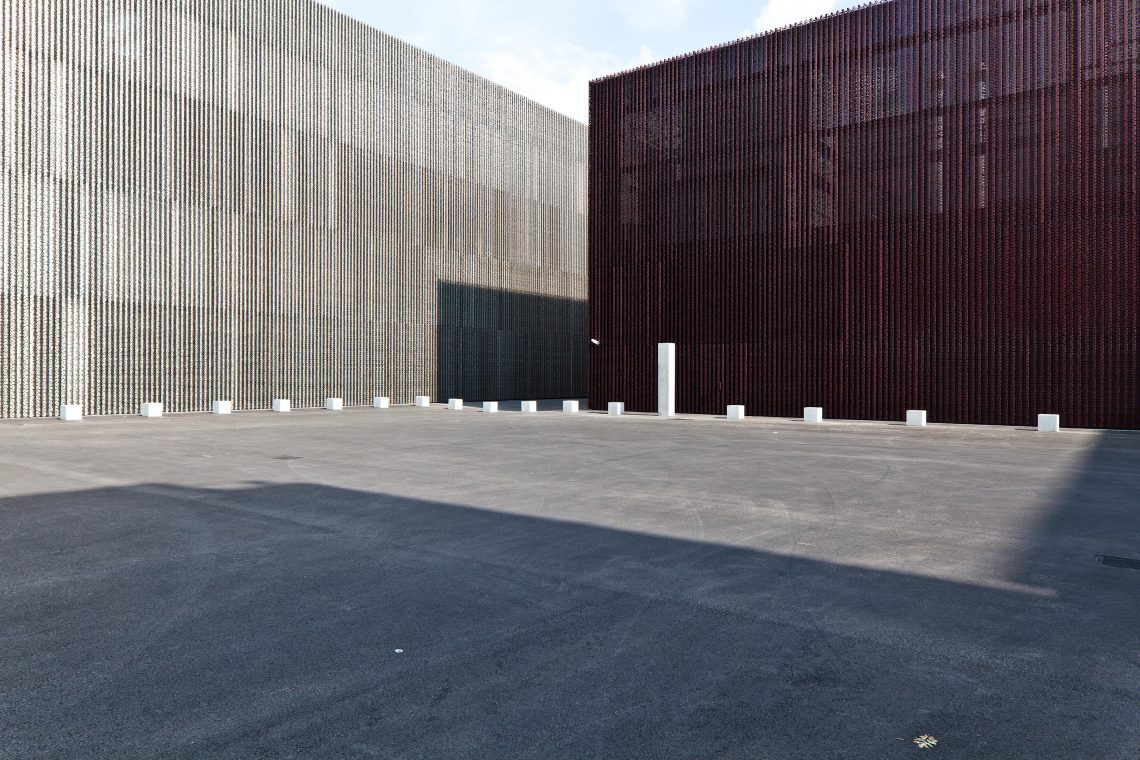 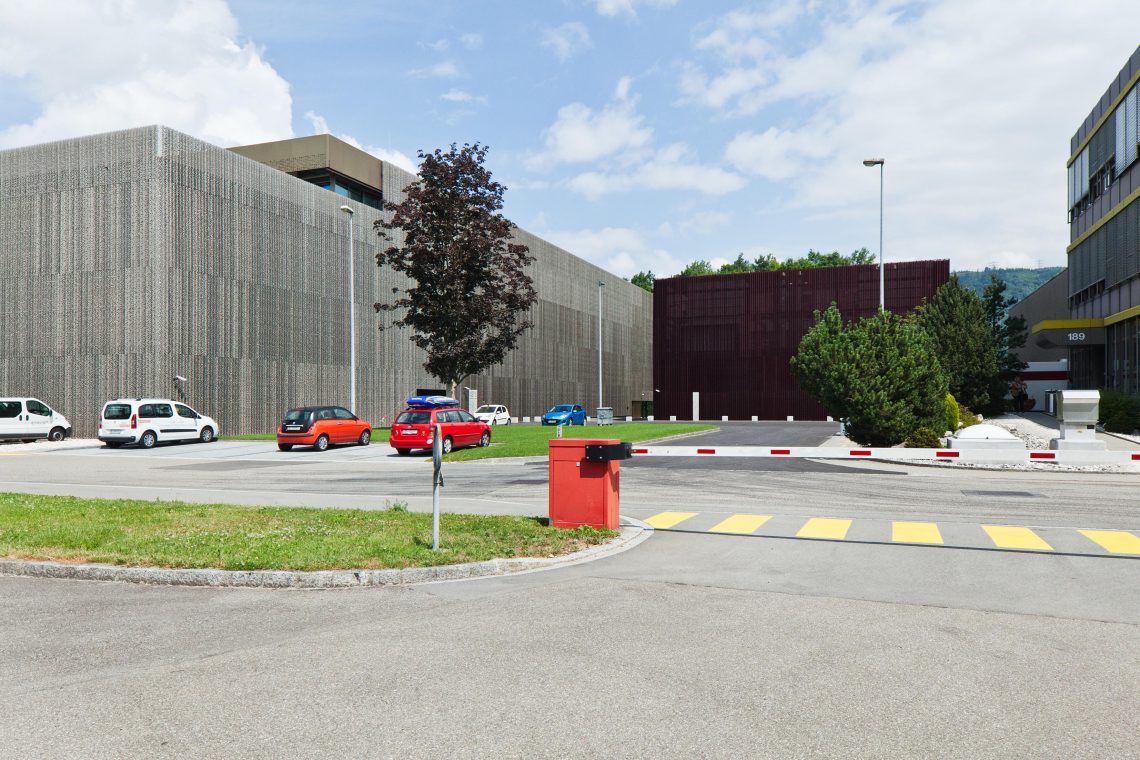 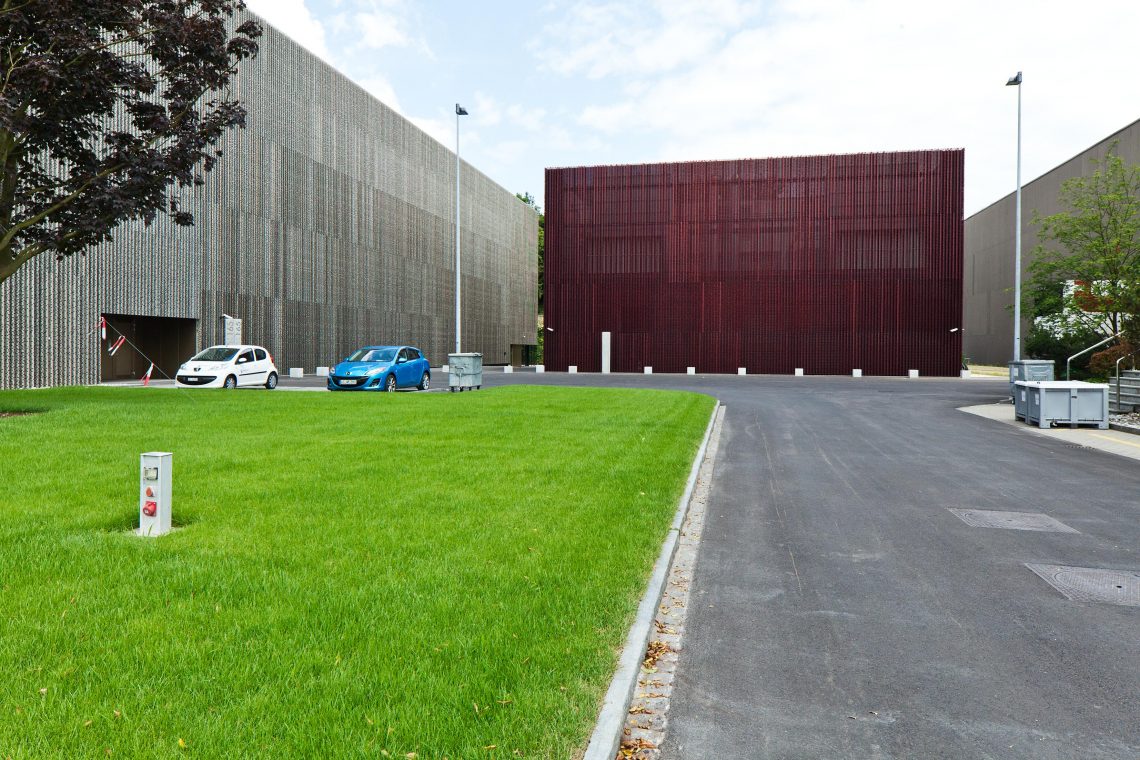 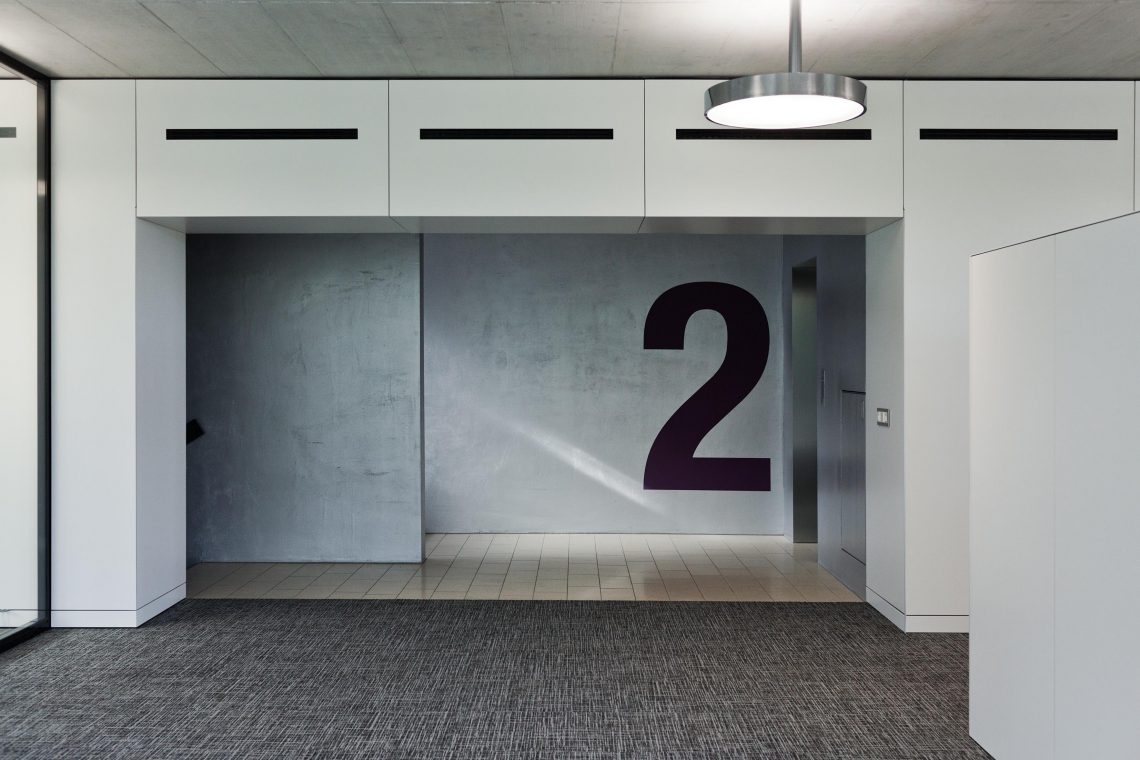 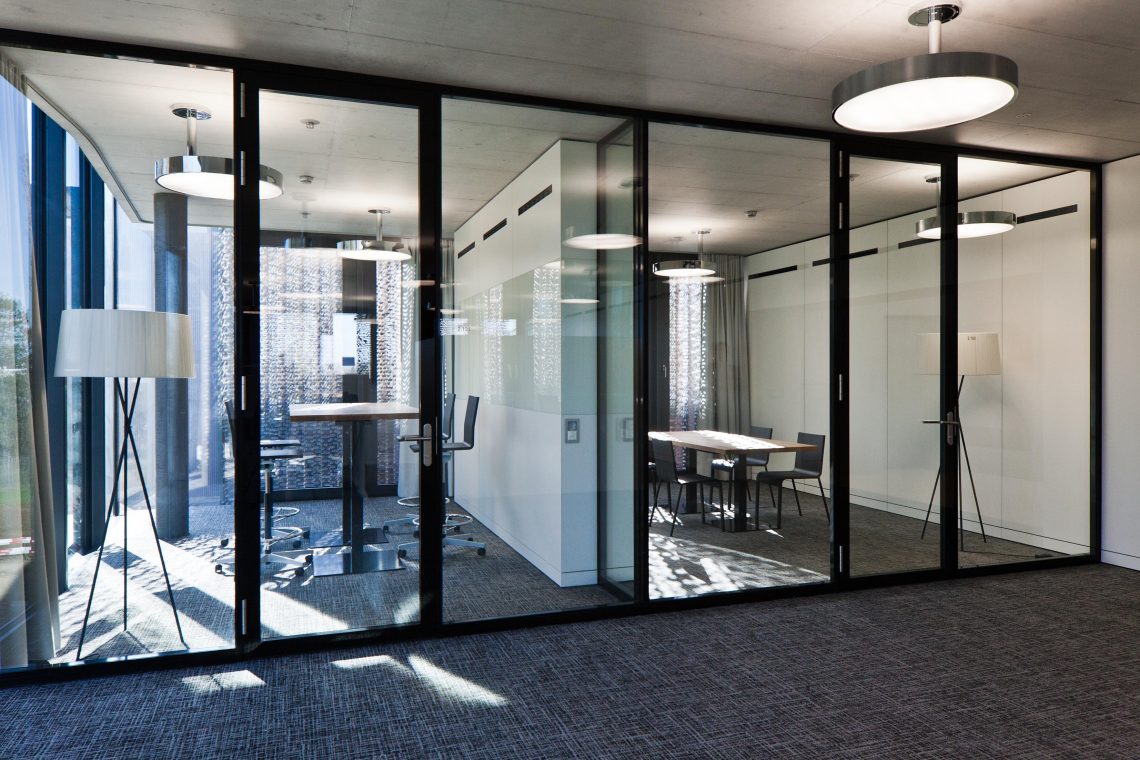 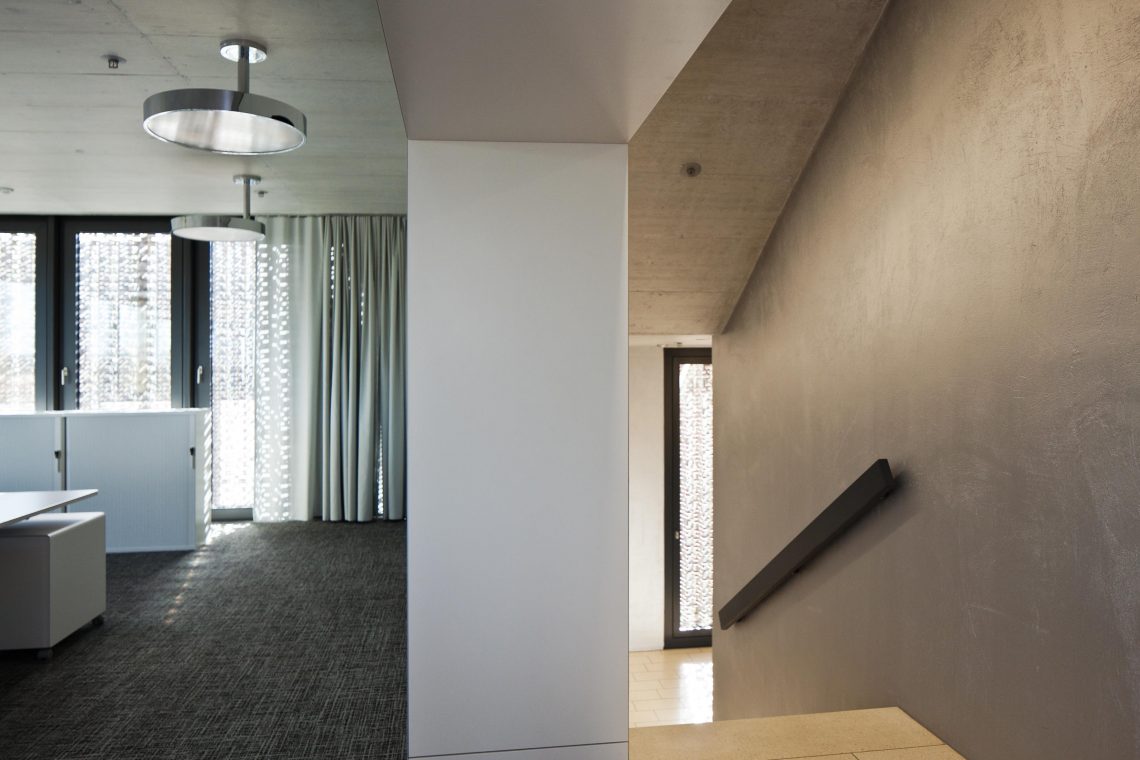 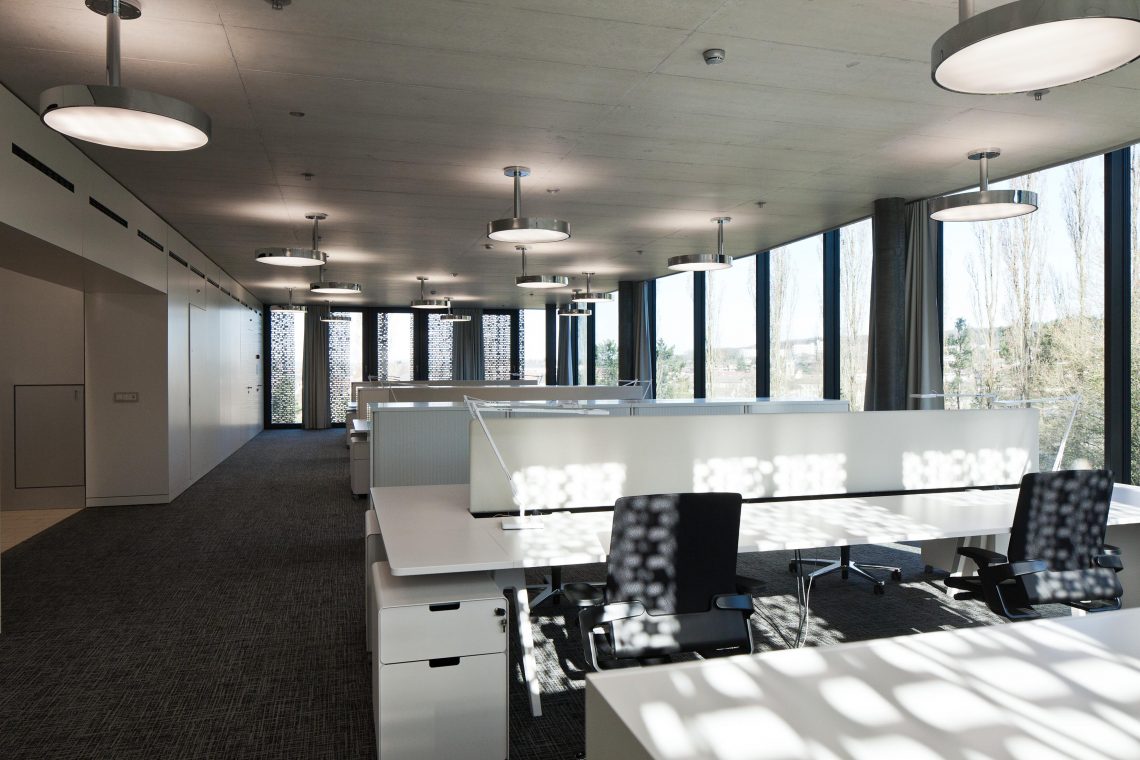 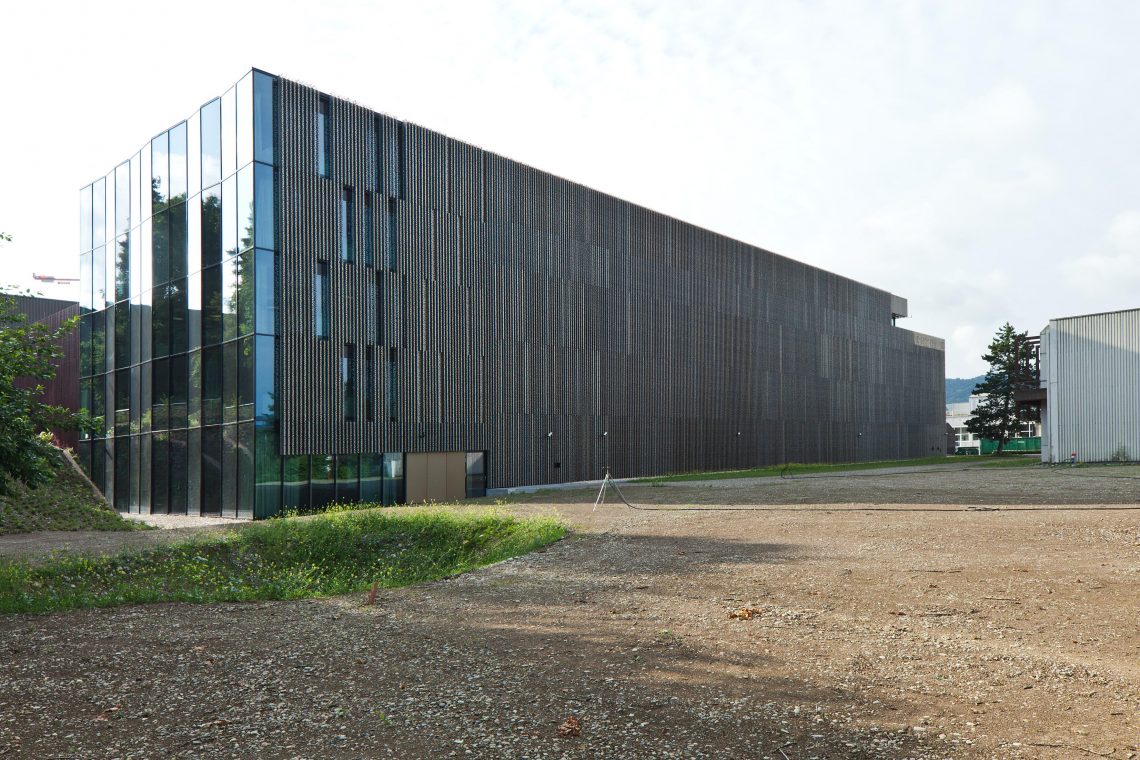 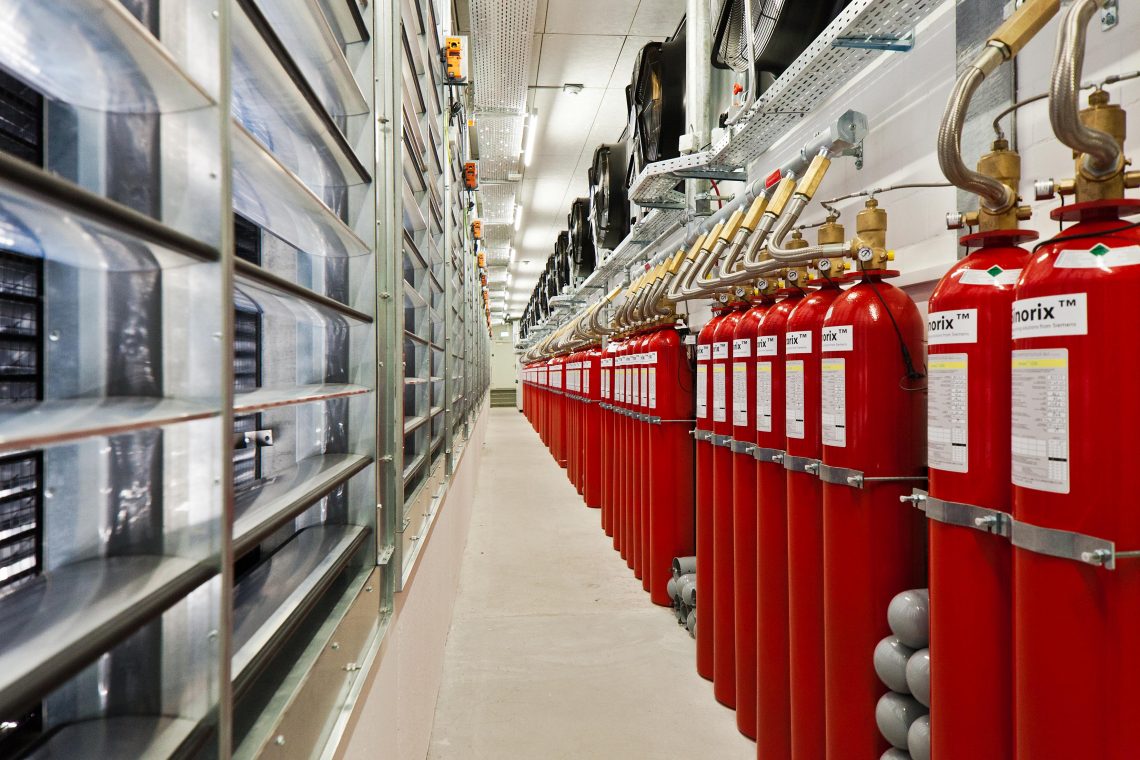 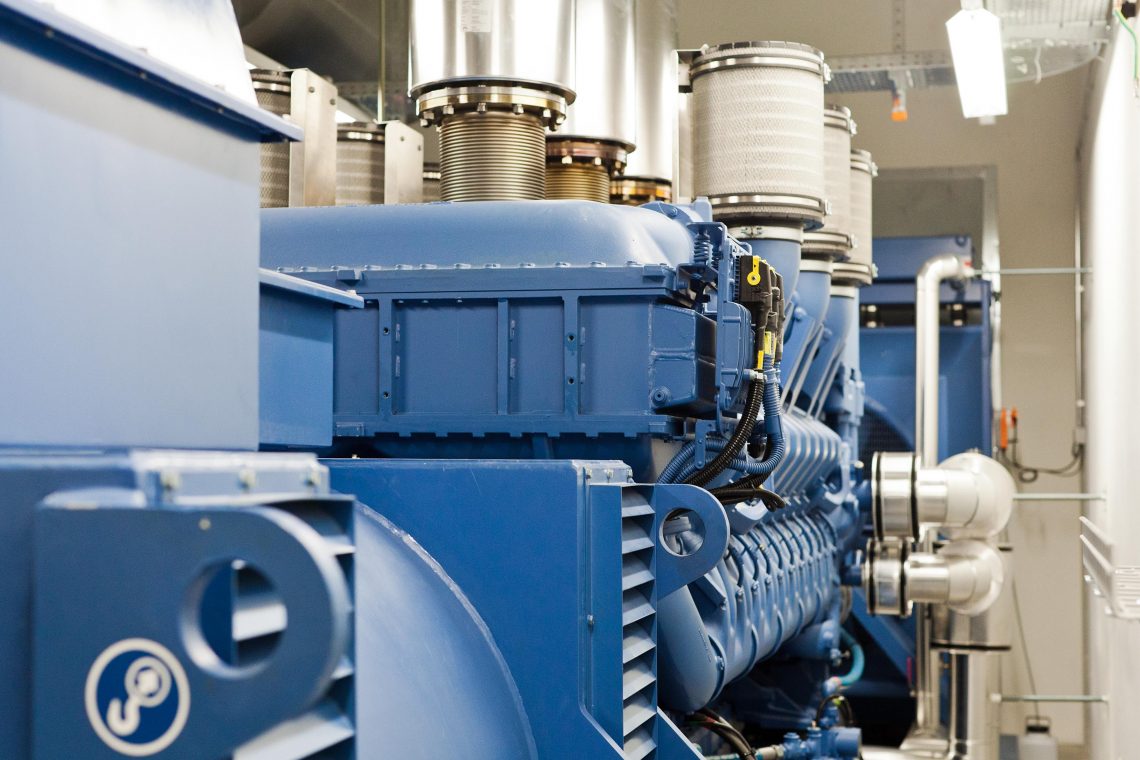 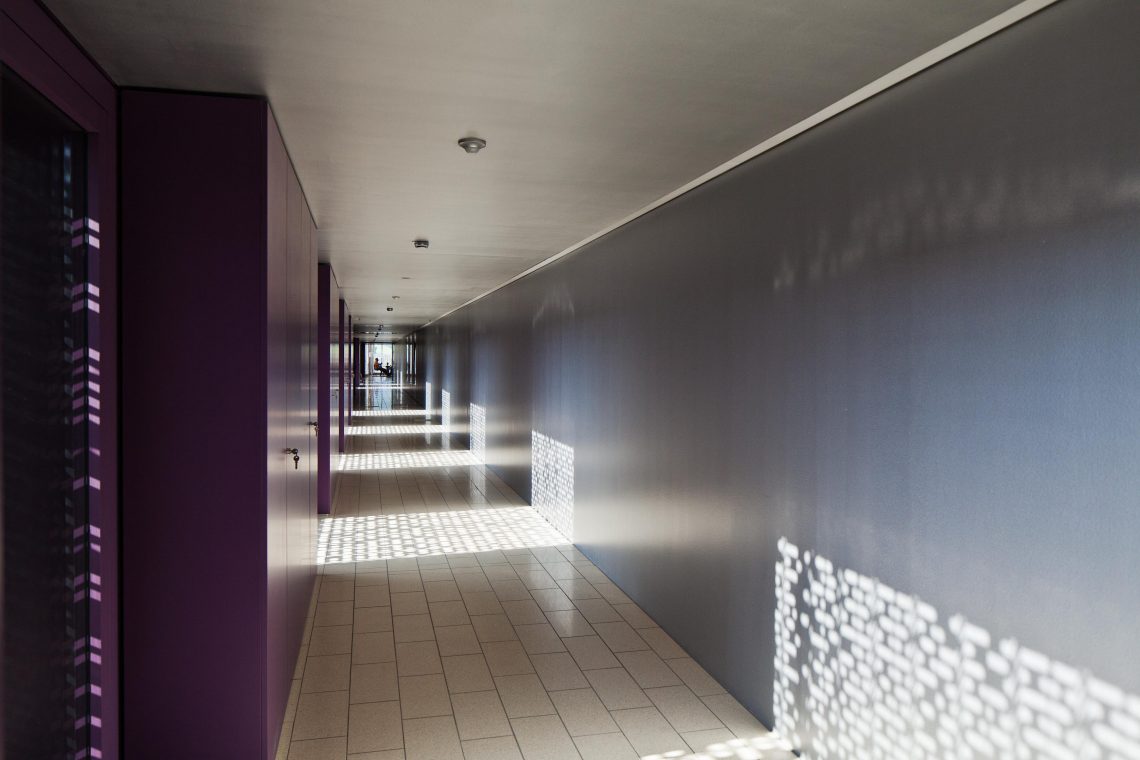 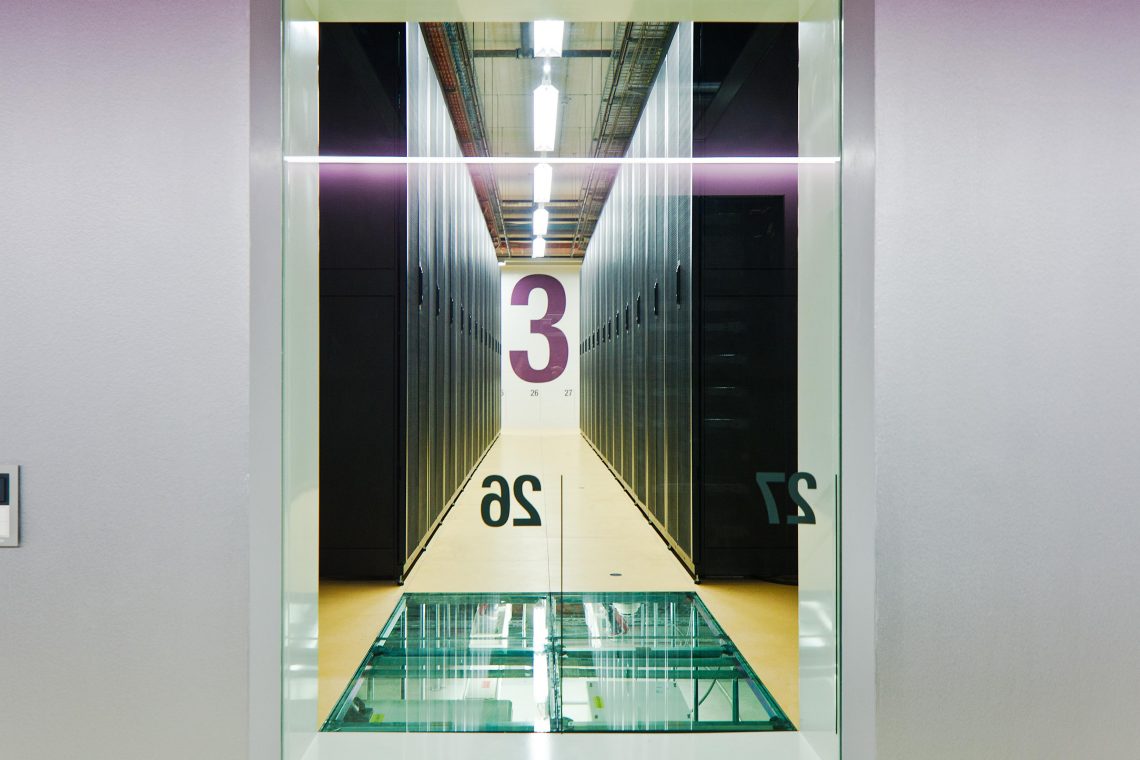 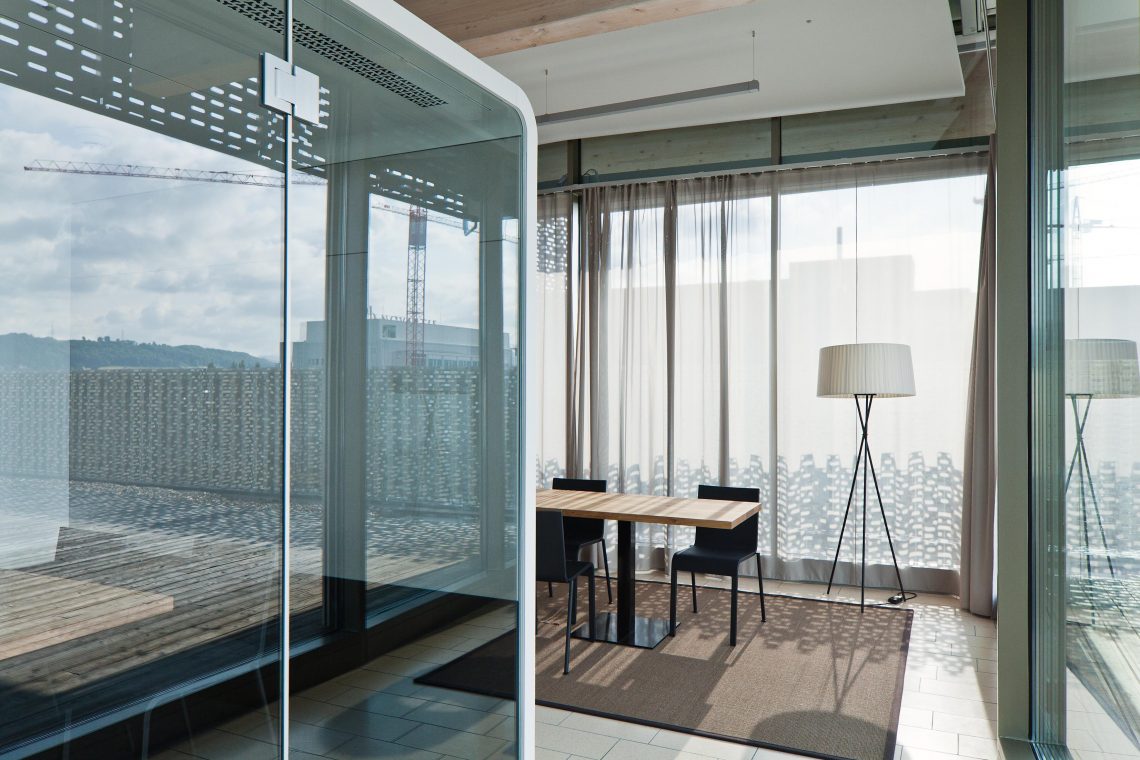 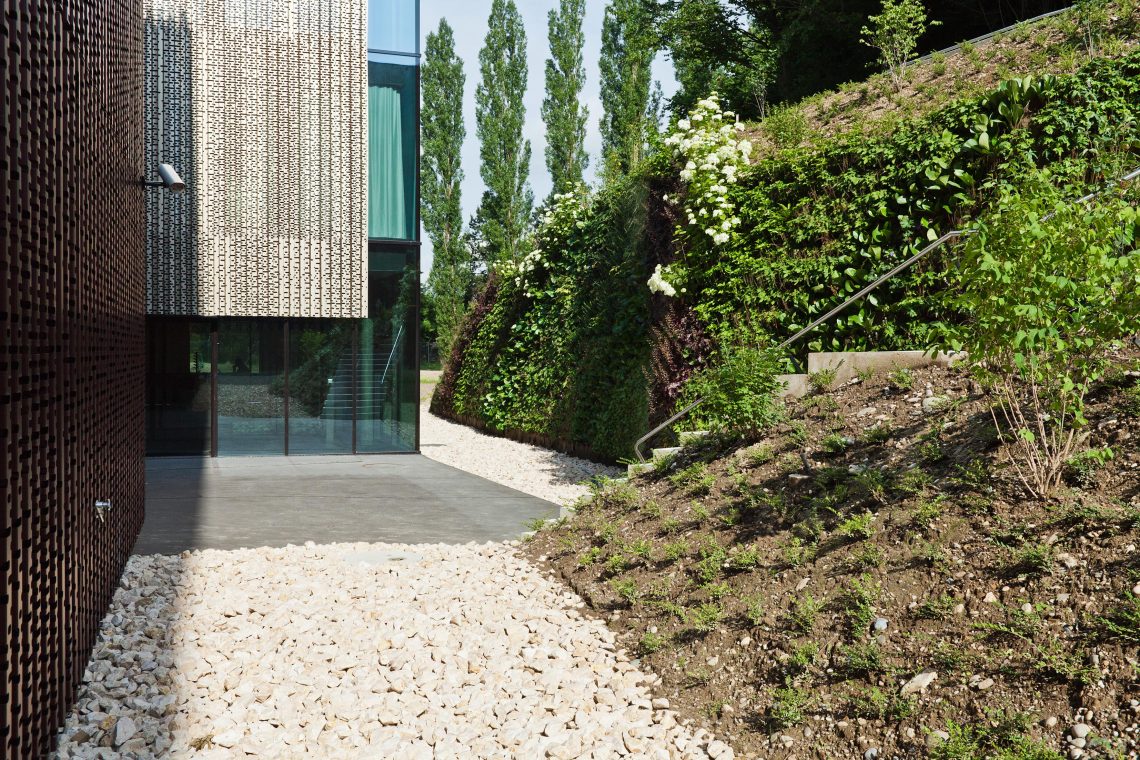 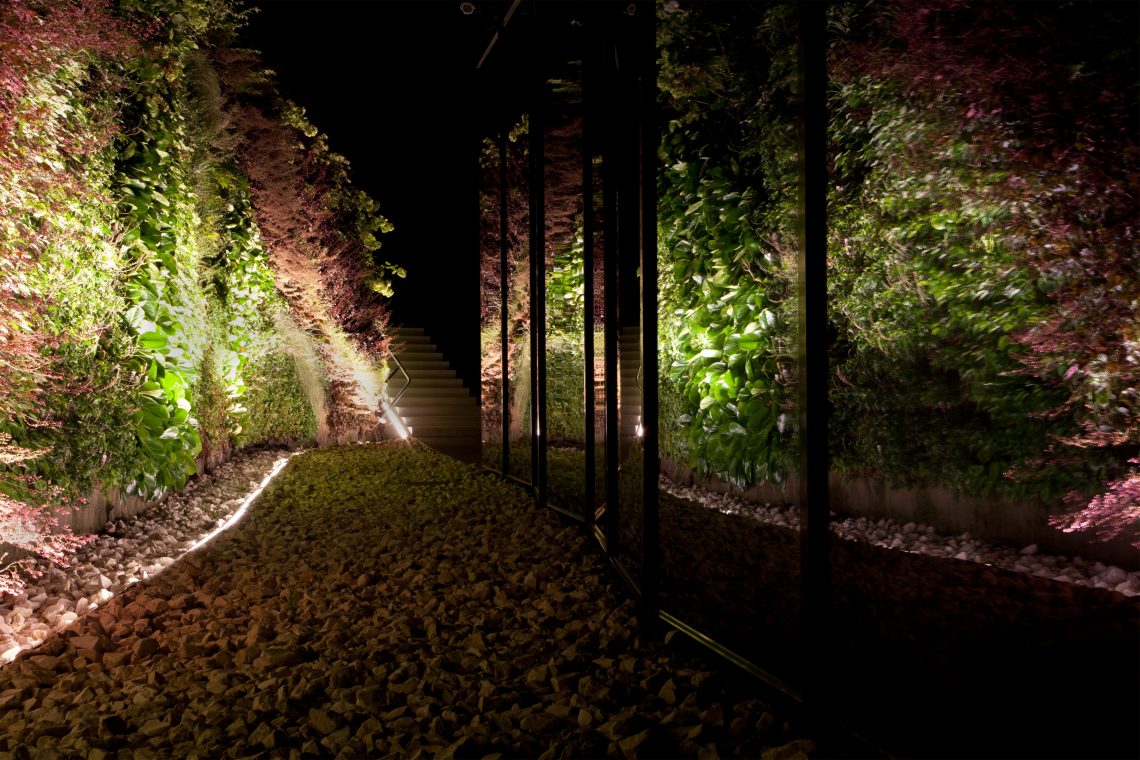 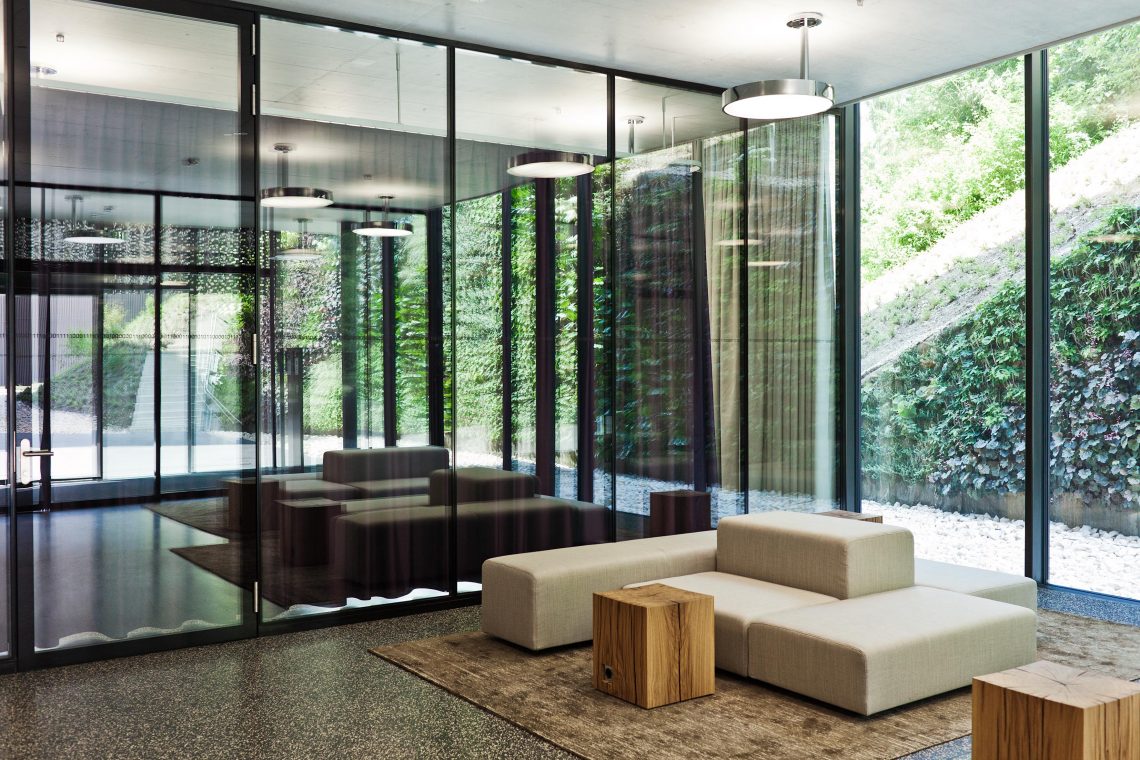 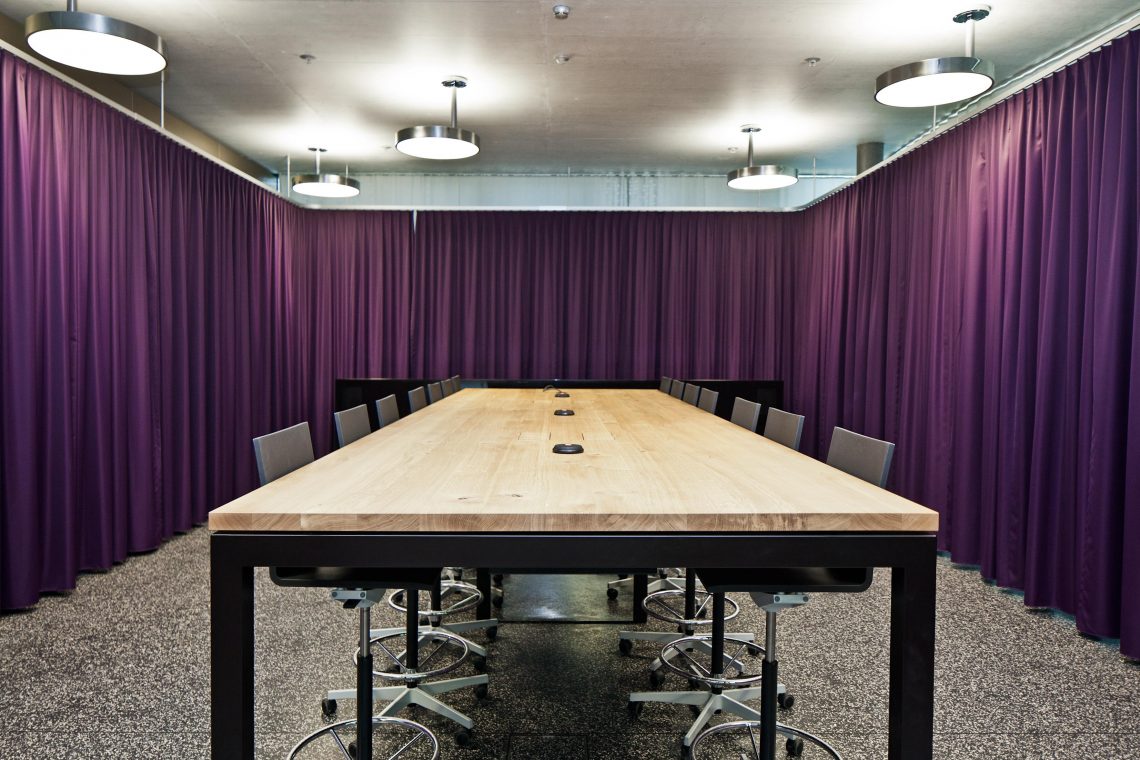 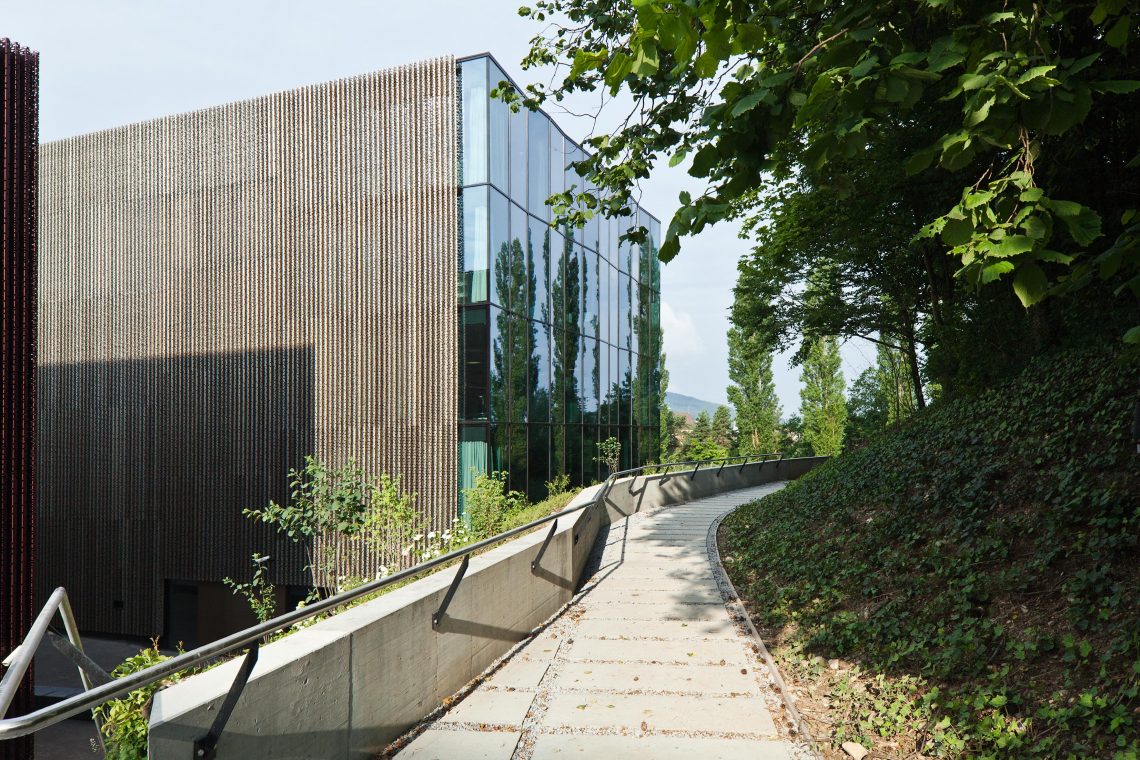 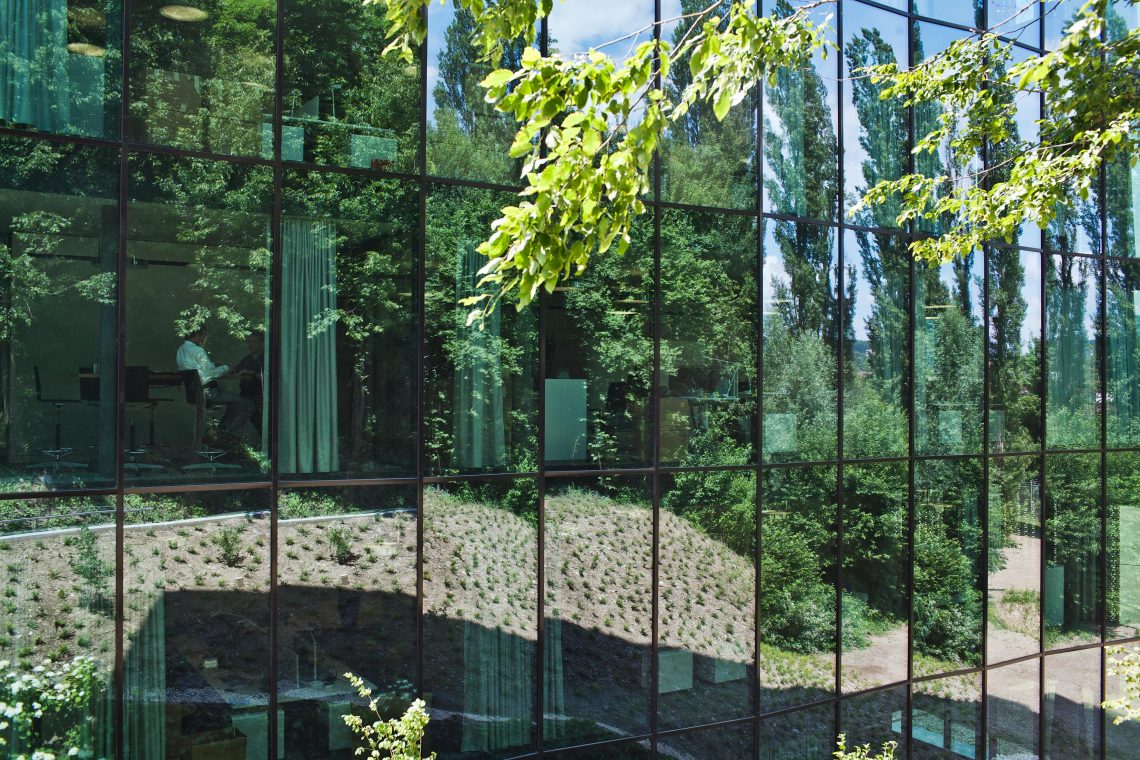 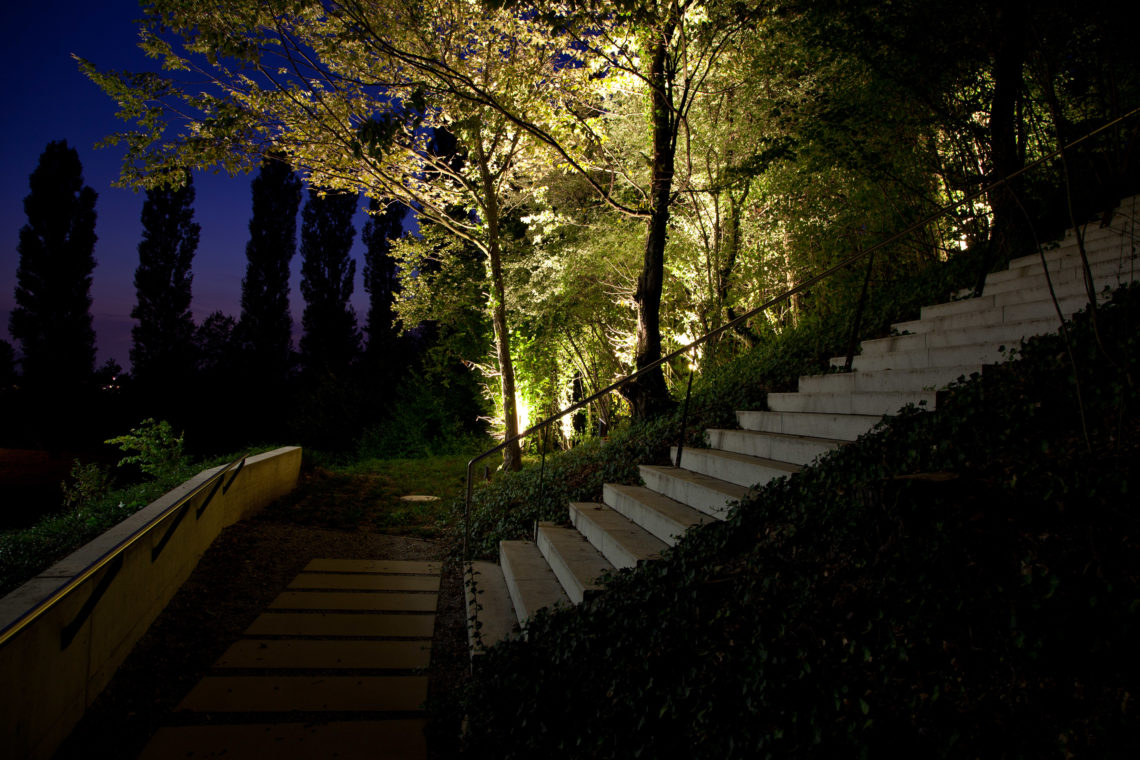 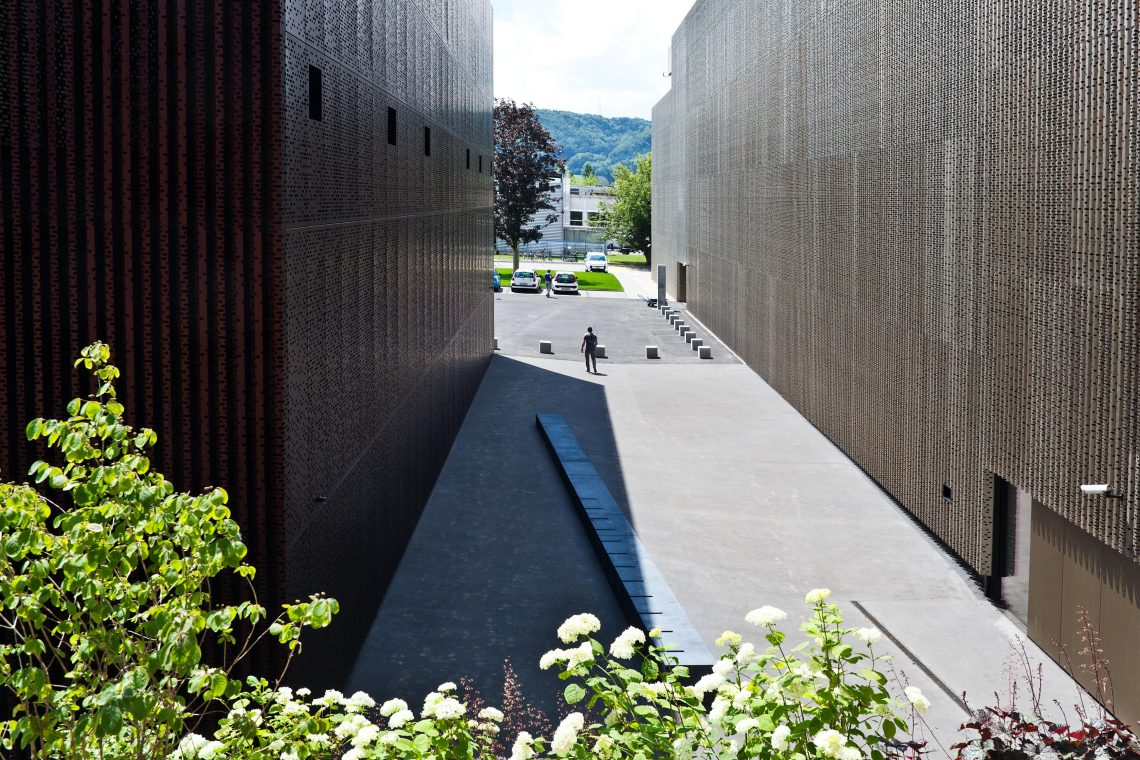 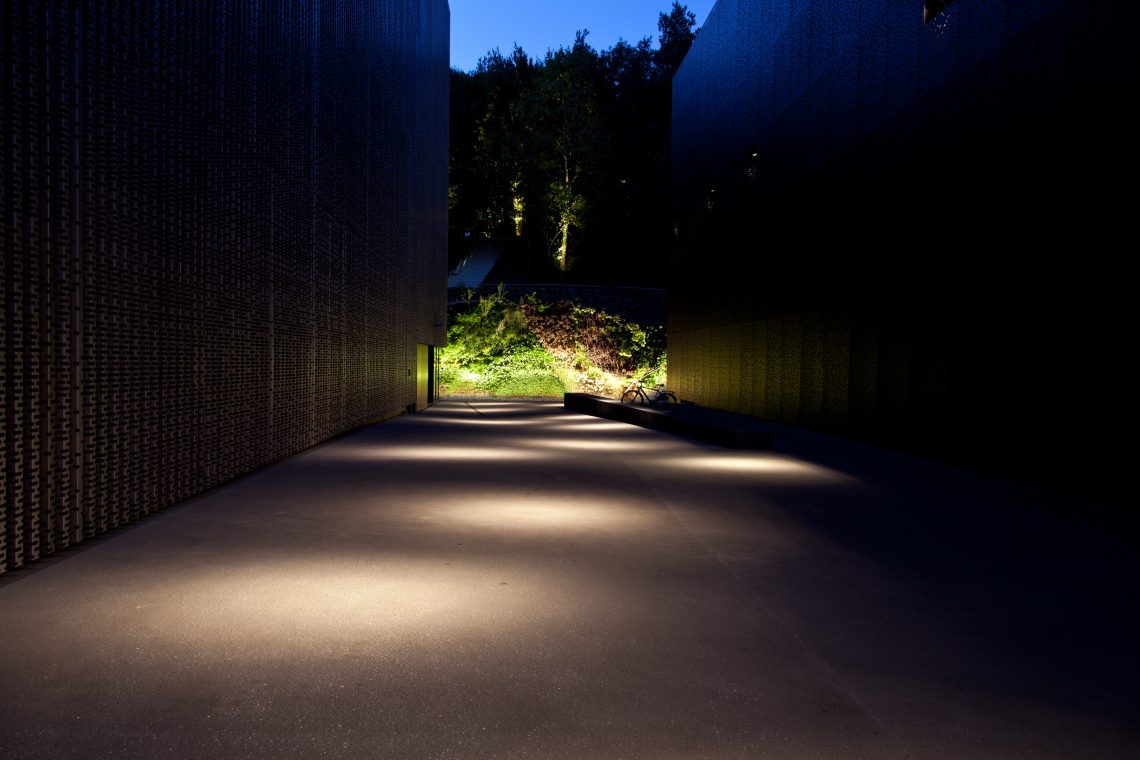 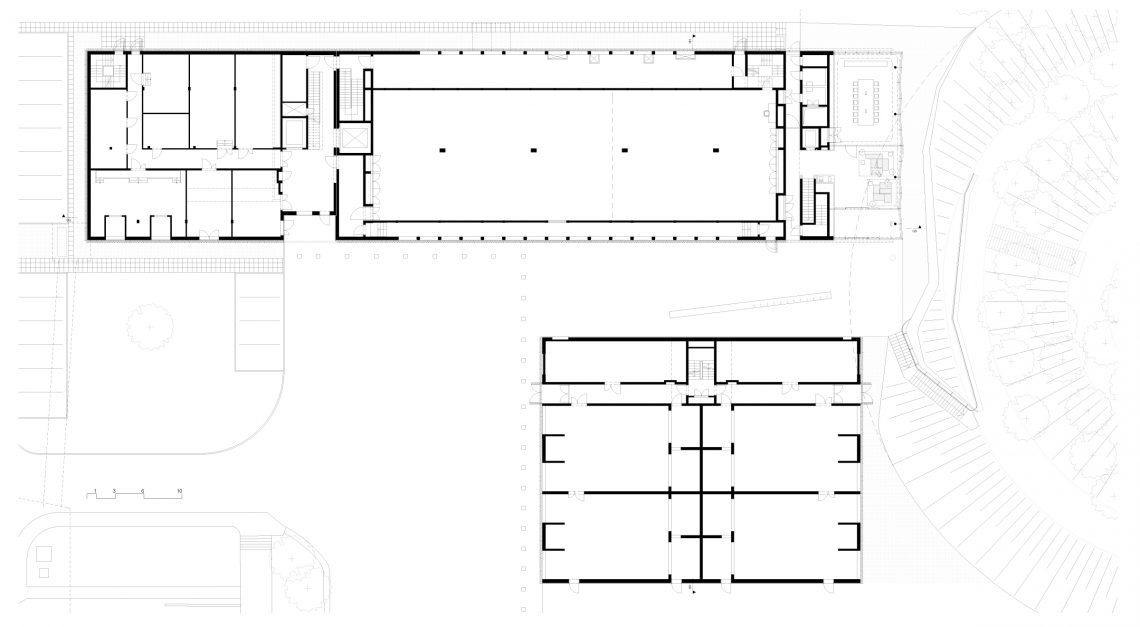 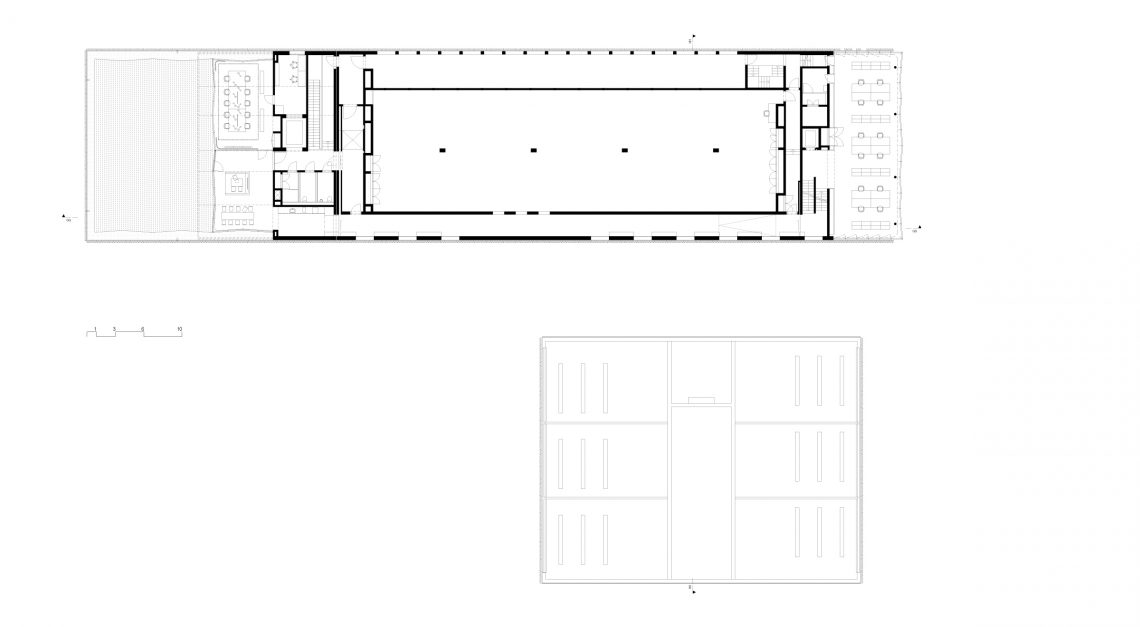 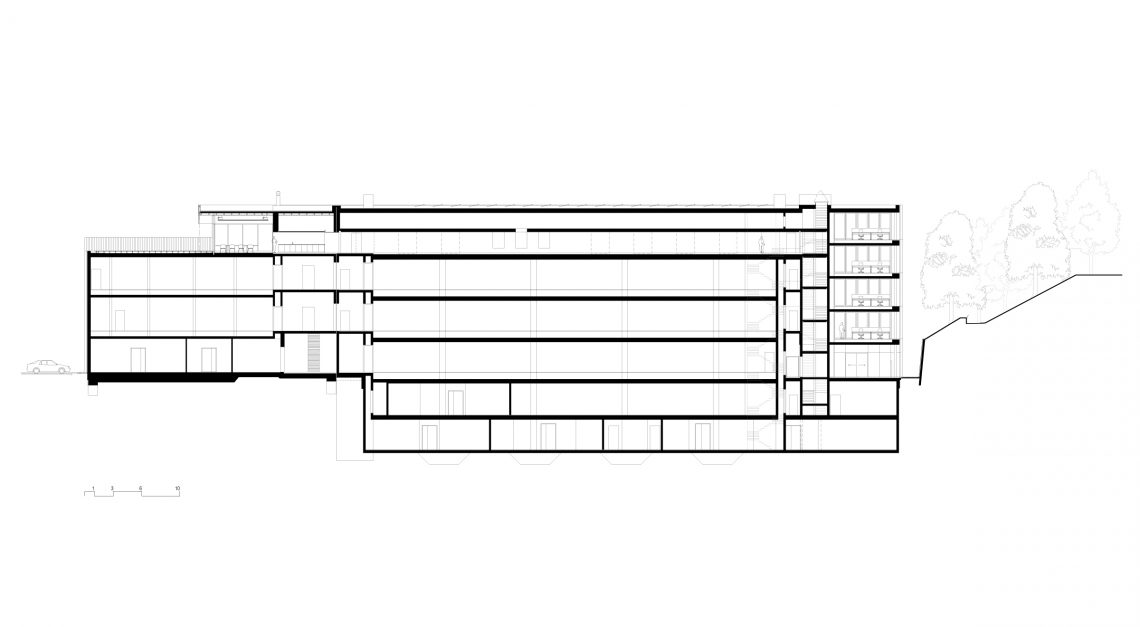 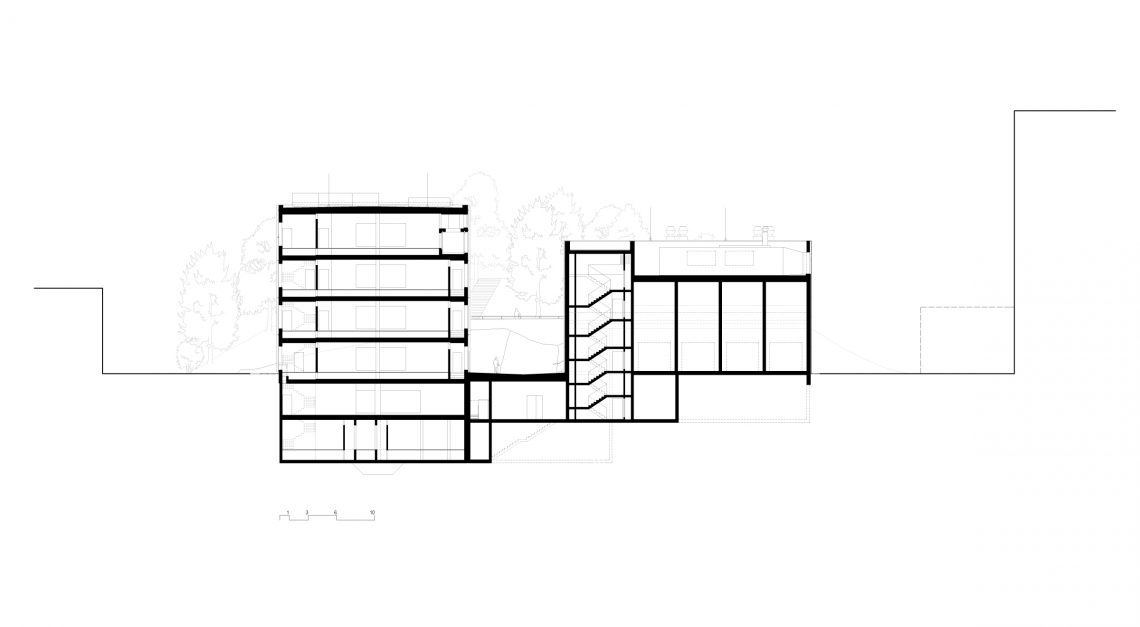