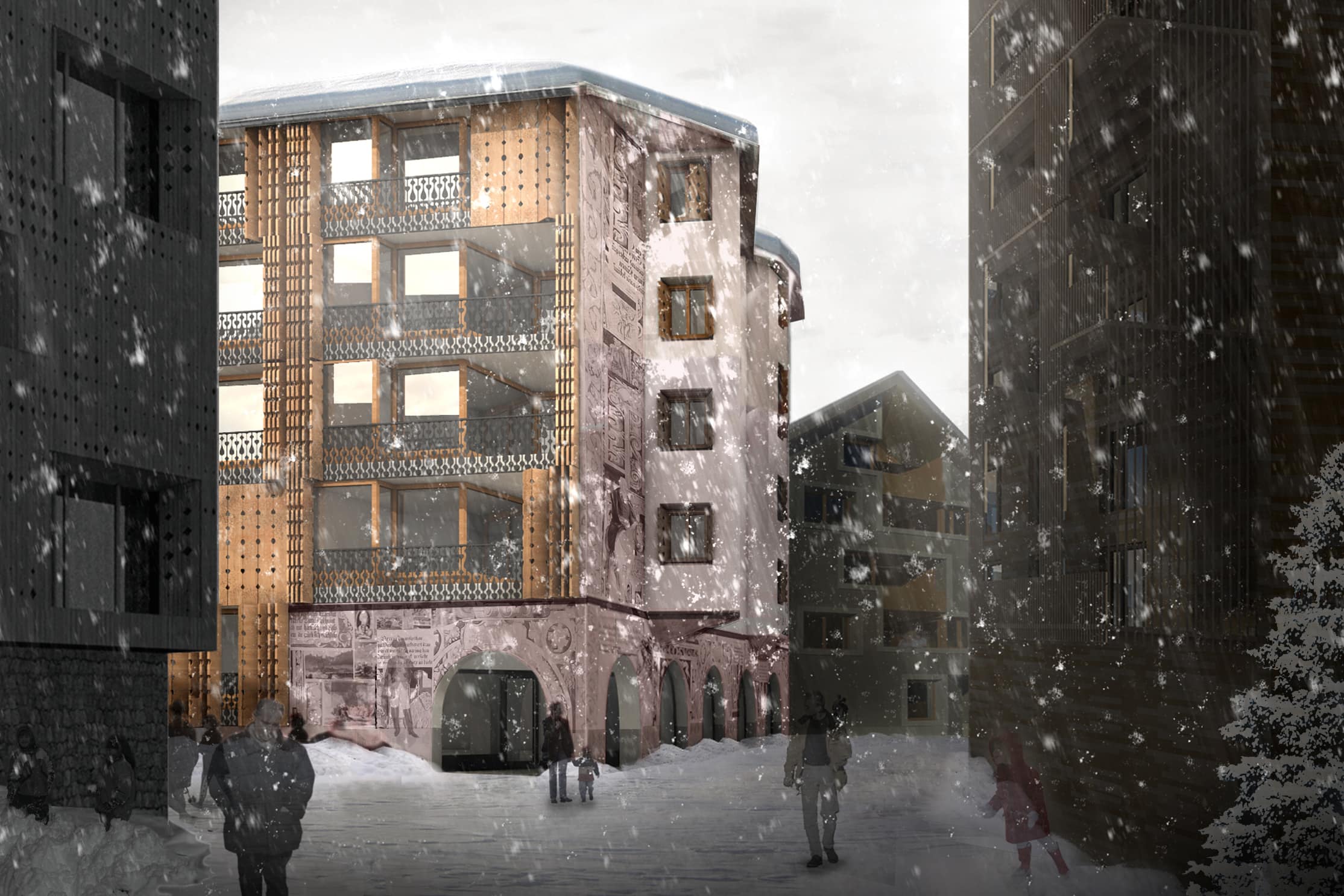 The newly created Andermatt village centre in the canton of Uri has a similar density and atmosphere to an old town centre and consists of seven islands with terraced basements and buildings situated in each of the three island corners. Adaptations from traditional building methods combine with modern approaches to create an unmistakeable building type. The massive, homogenous wall on the weather-facing side is entirely covered with story-telling scraffiti. Towards the south, slidable wooden shutters provide sun protection and shade. Loggias behind them provide protection from the snow, wind and cold temperatures. The cooking island at the centre of the apartment with its oversized fume hood recalls the cooking area in traditional farmhouses. The effect of the full glazing towards the south is strengthened by other small apertures inside the apartment. The walls are made usable by means of niches and bulges and become part of the apartment's inventory. The room-high oriels in the extended kitchen area provide space for a bench and table, as well as a view of the village activity and the mountains. The fireplace near the living area and the library along the facade create an intimate atmosphere. 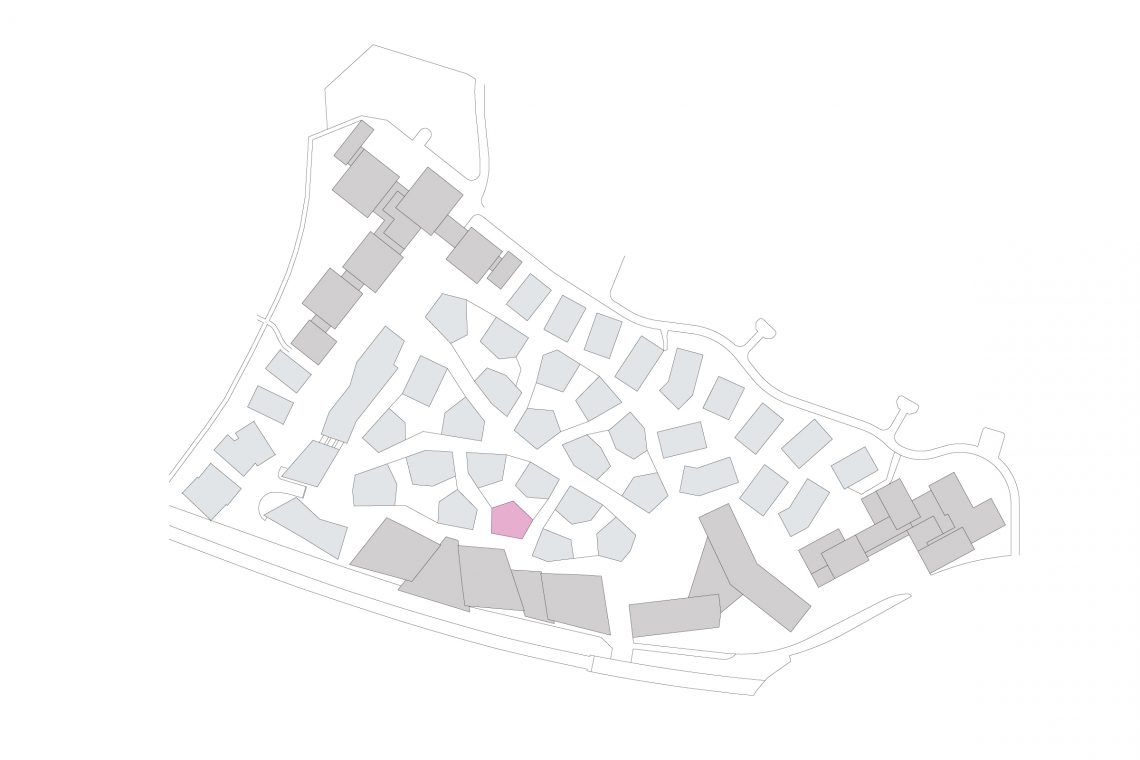 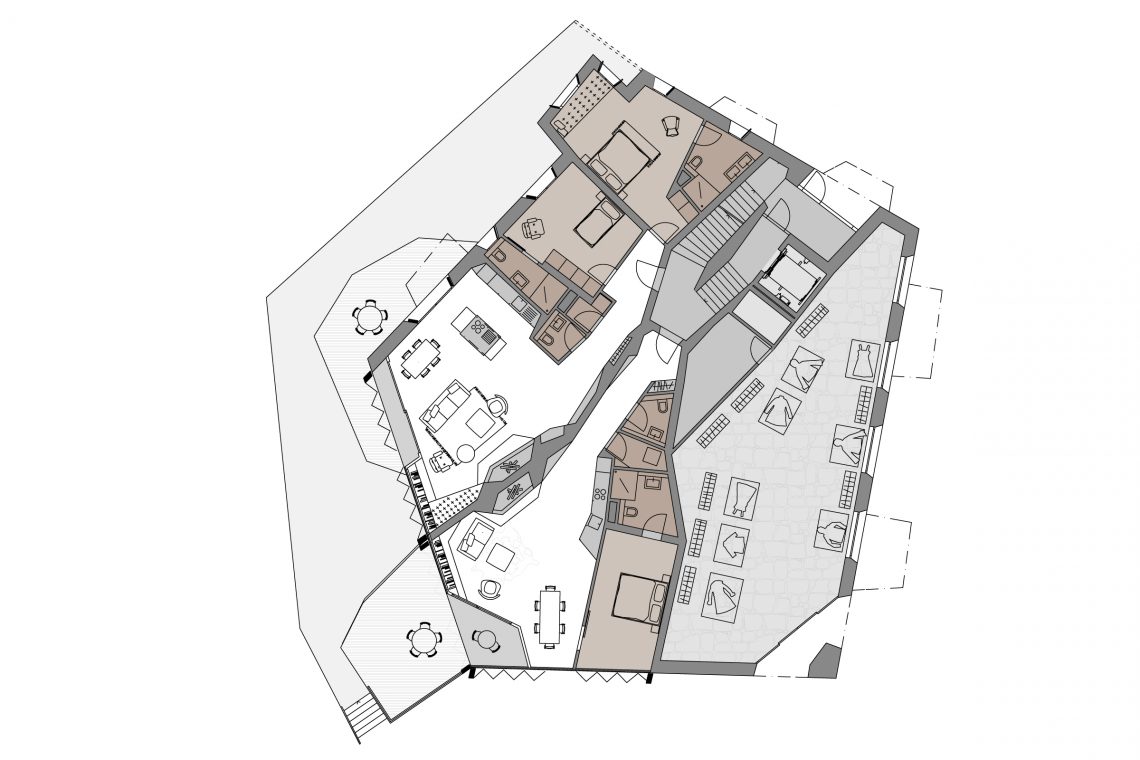 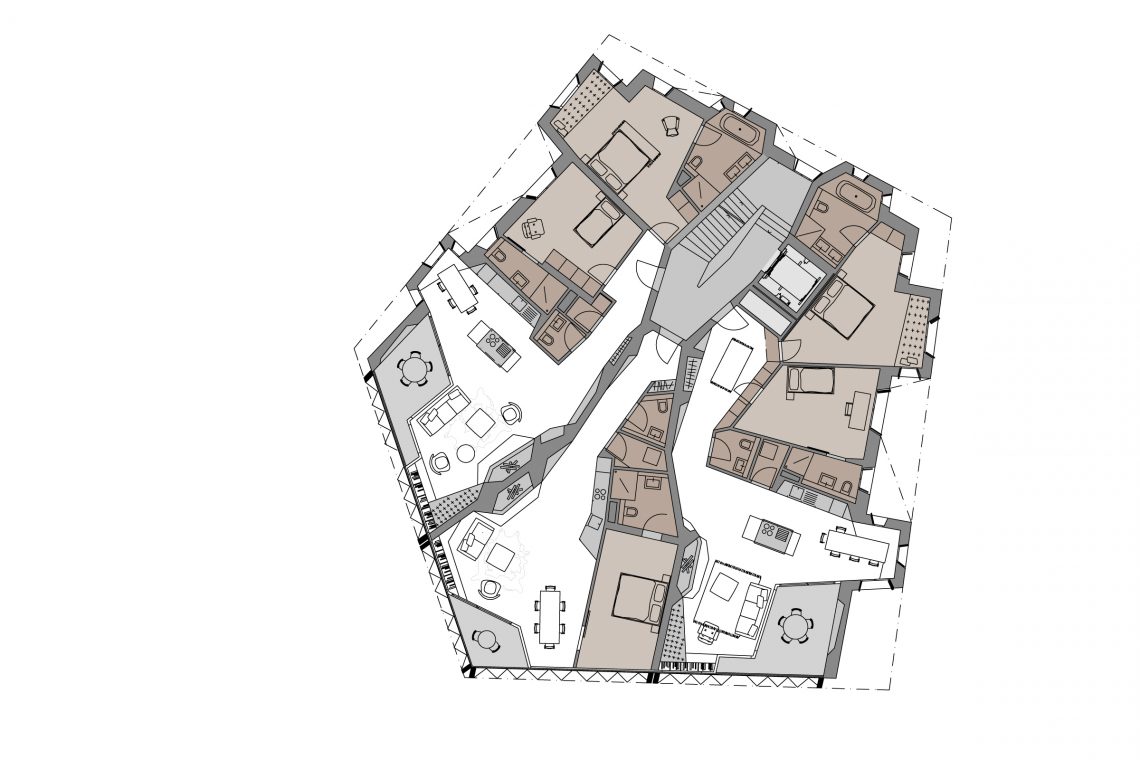 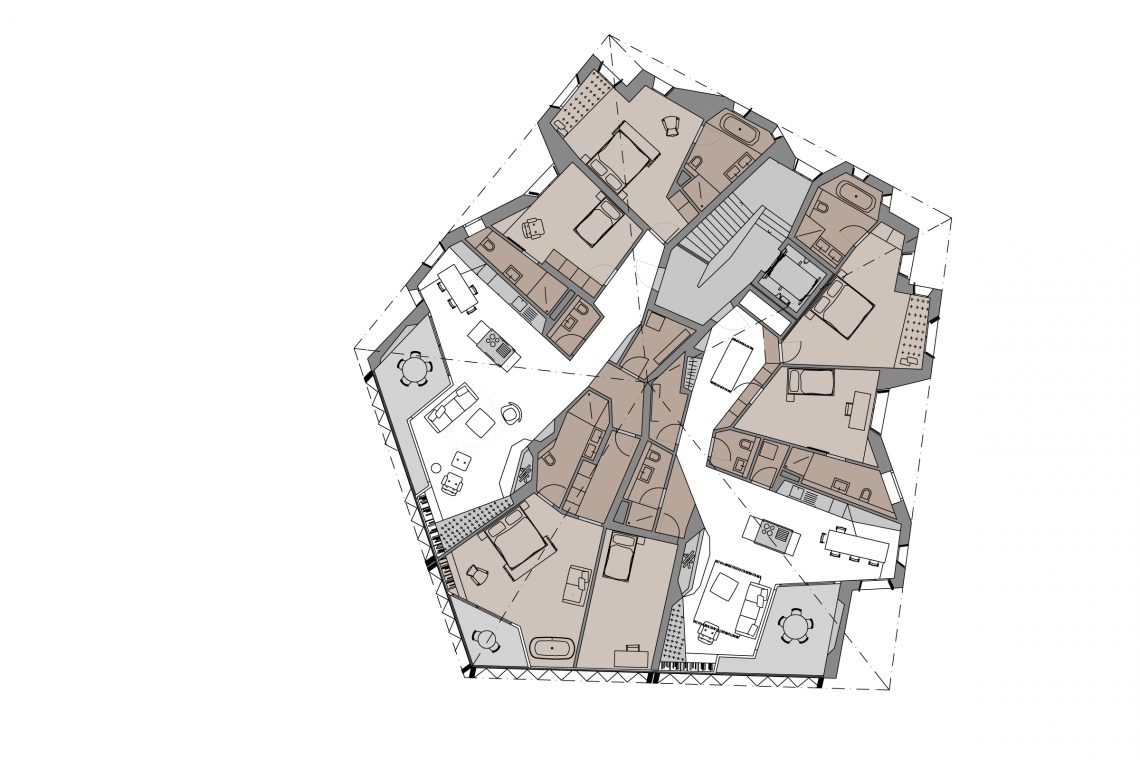 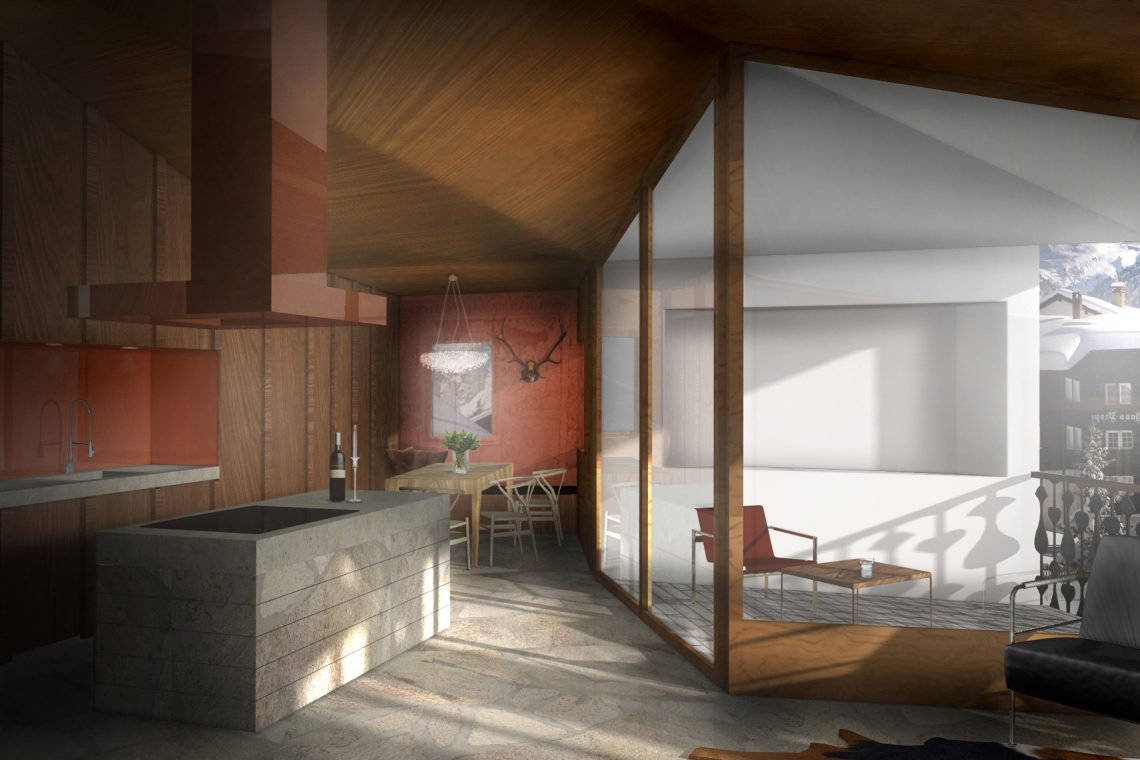 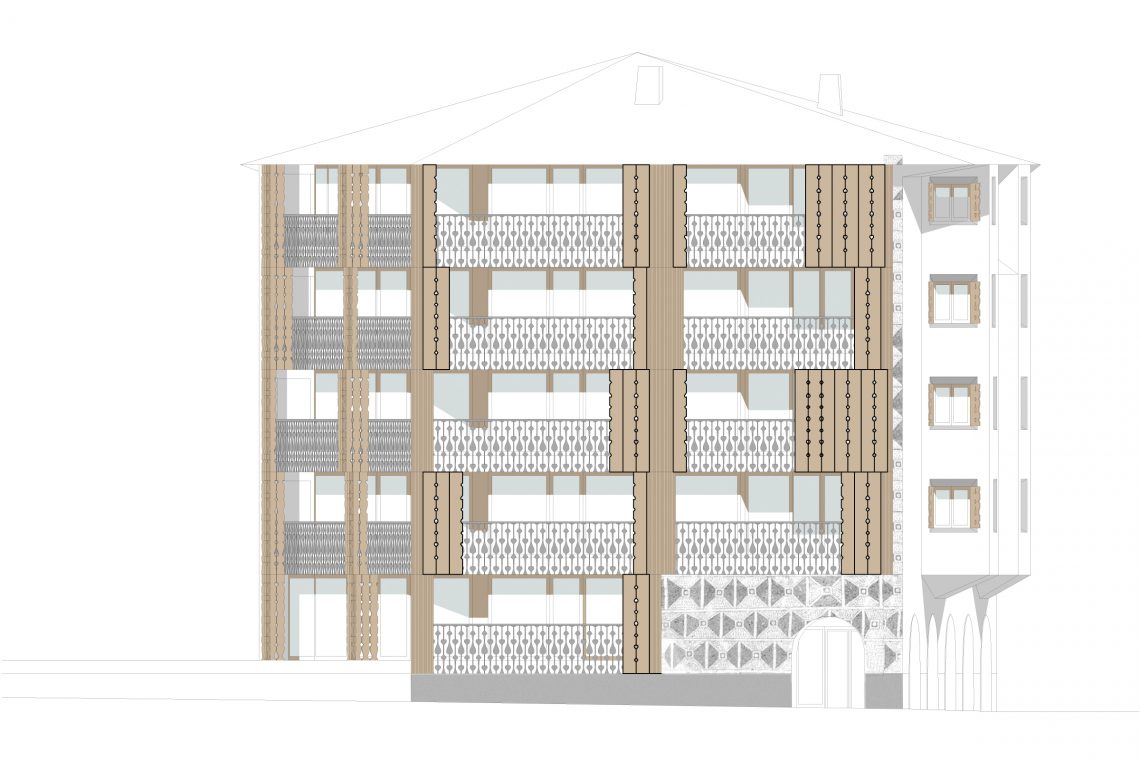 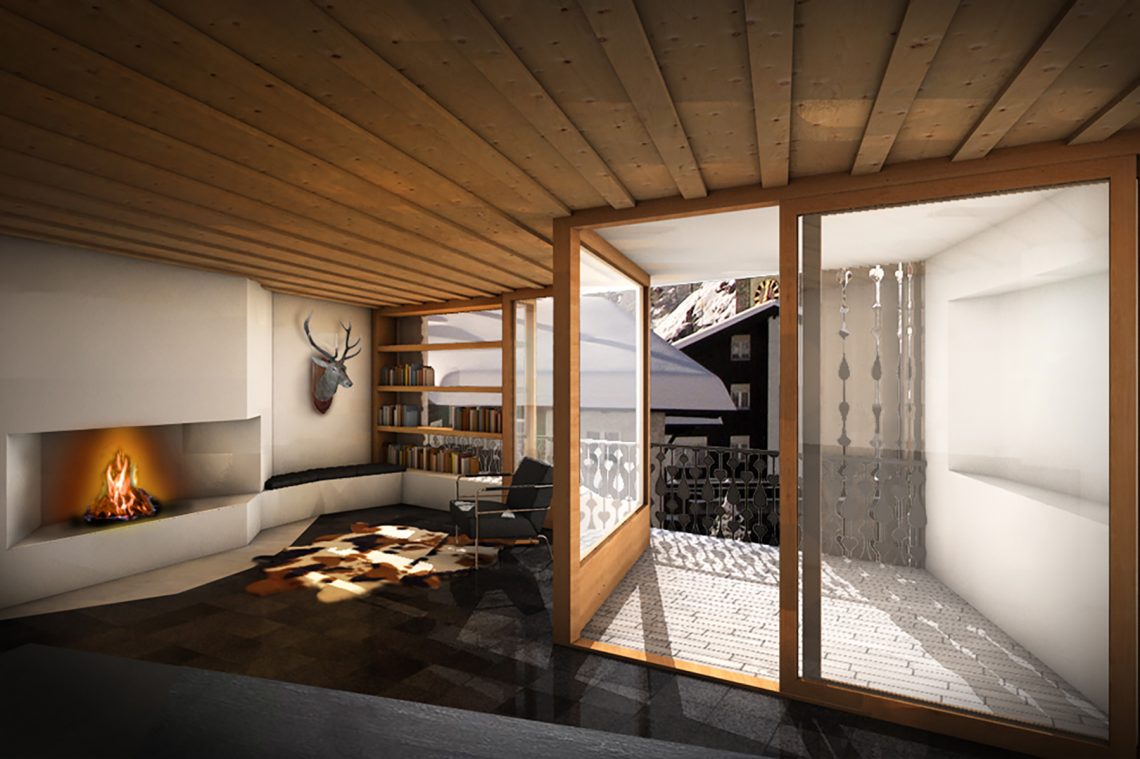 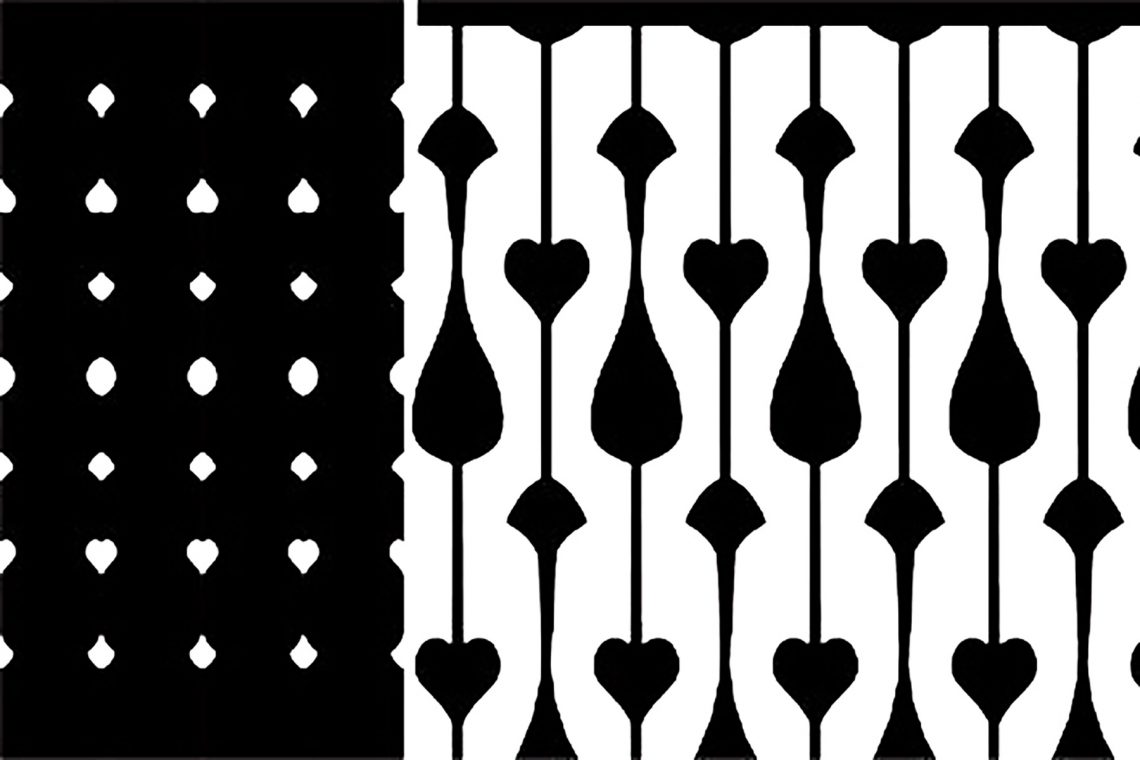 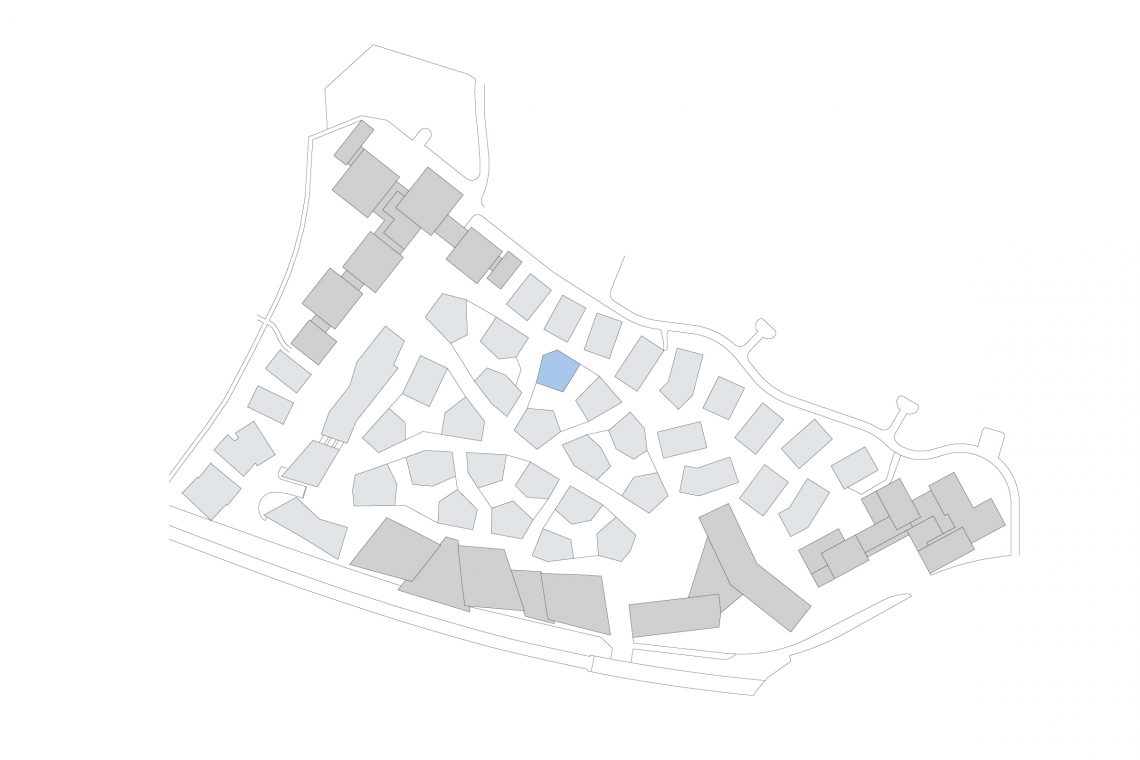 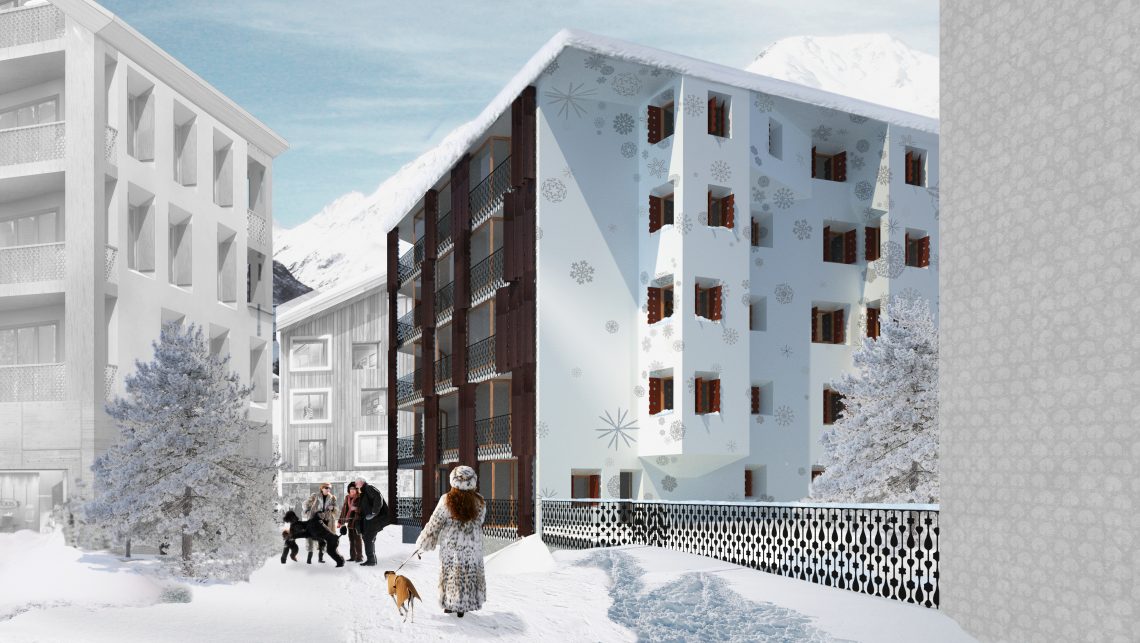 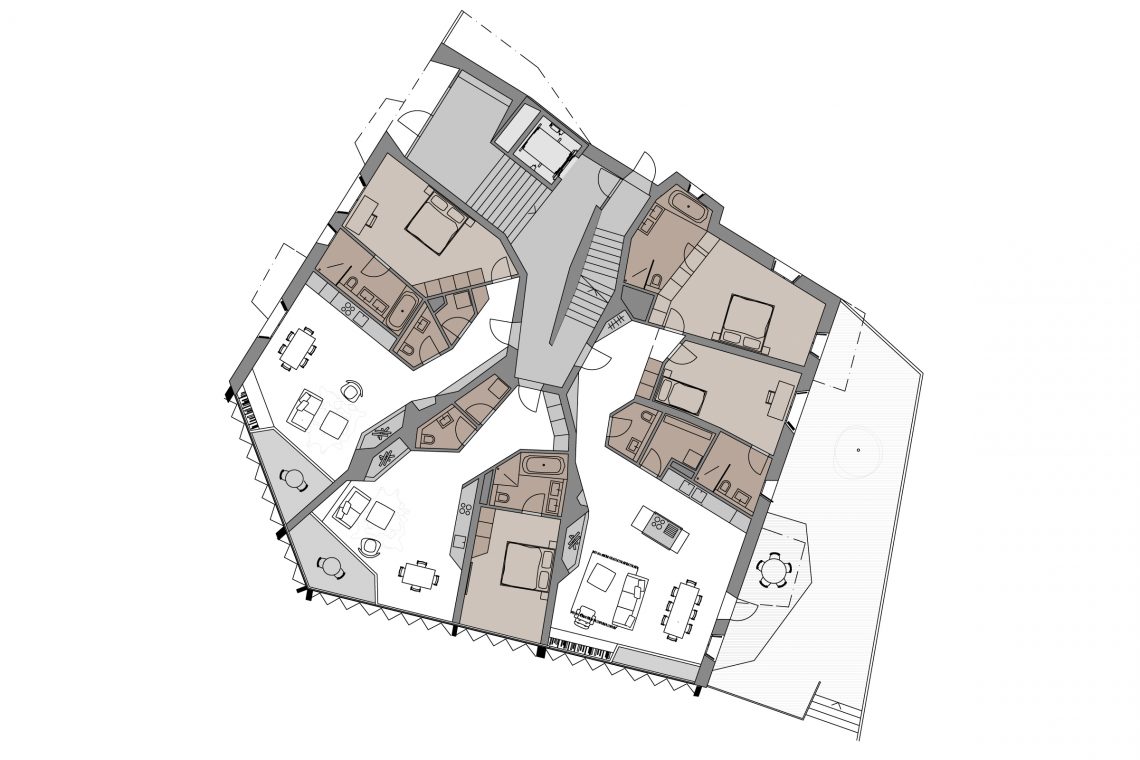 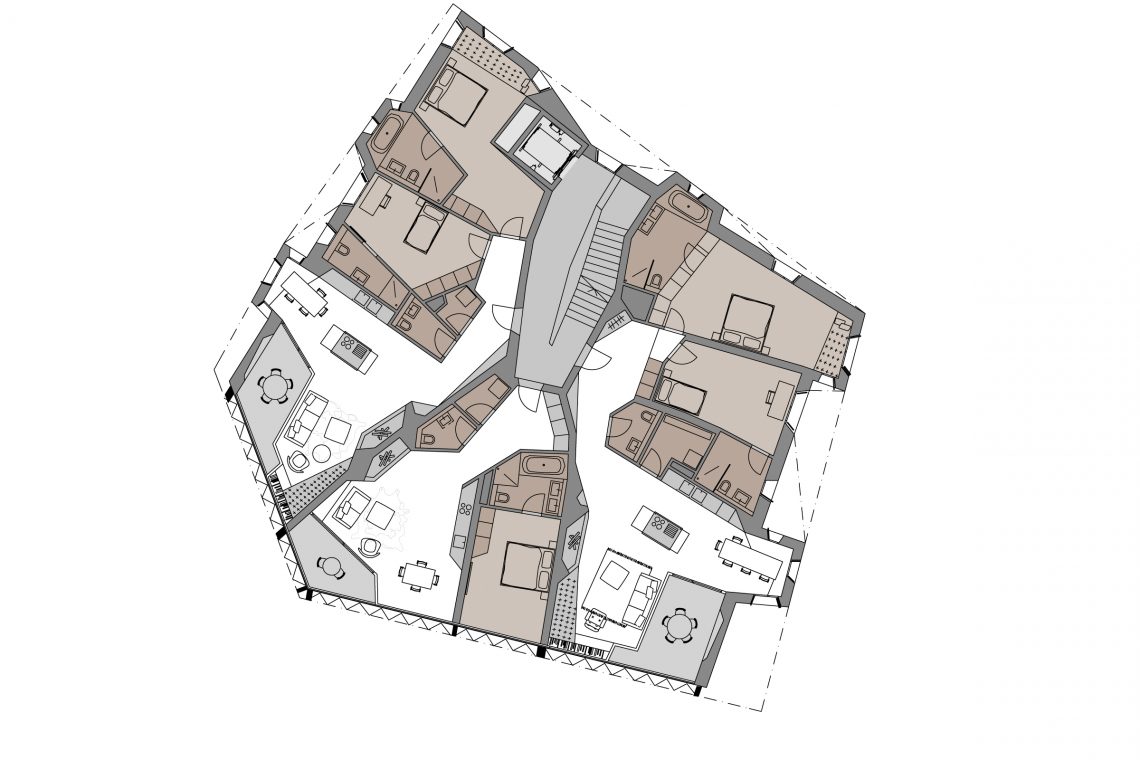 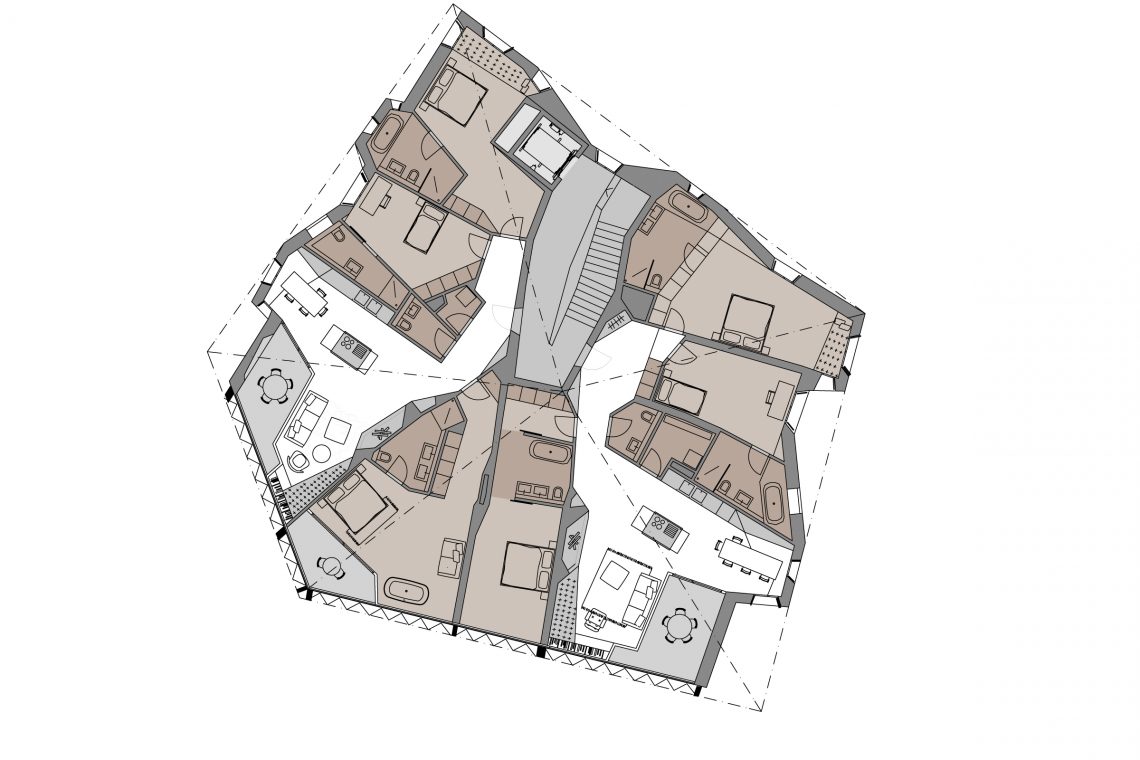 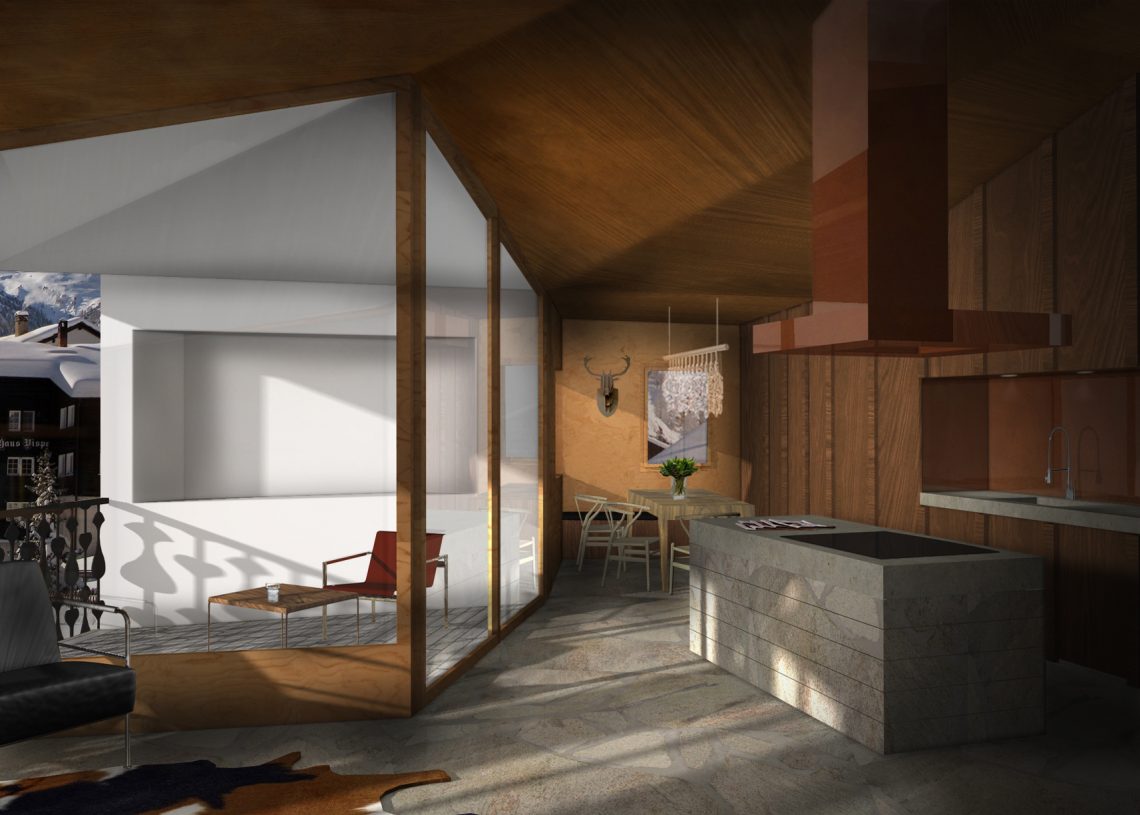 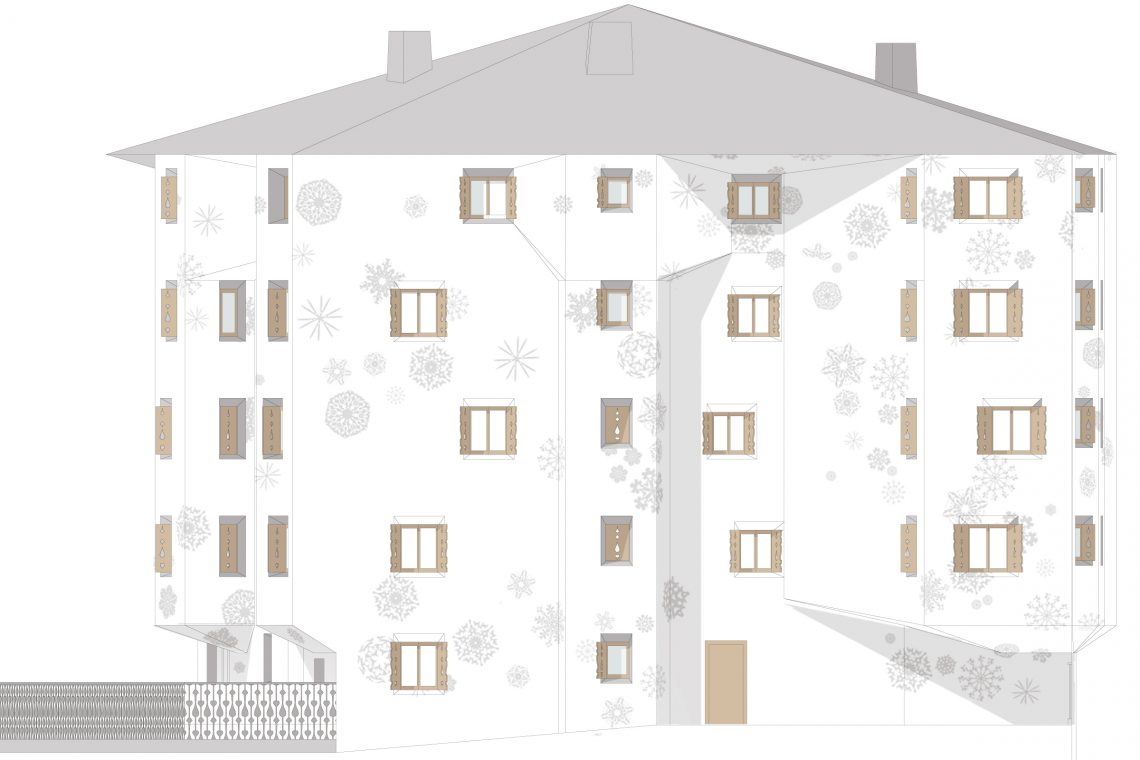 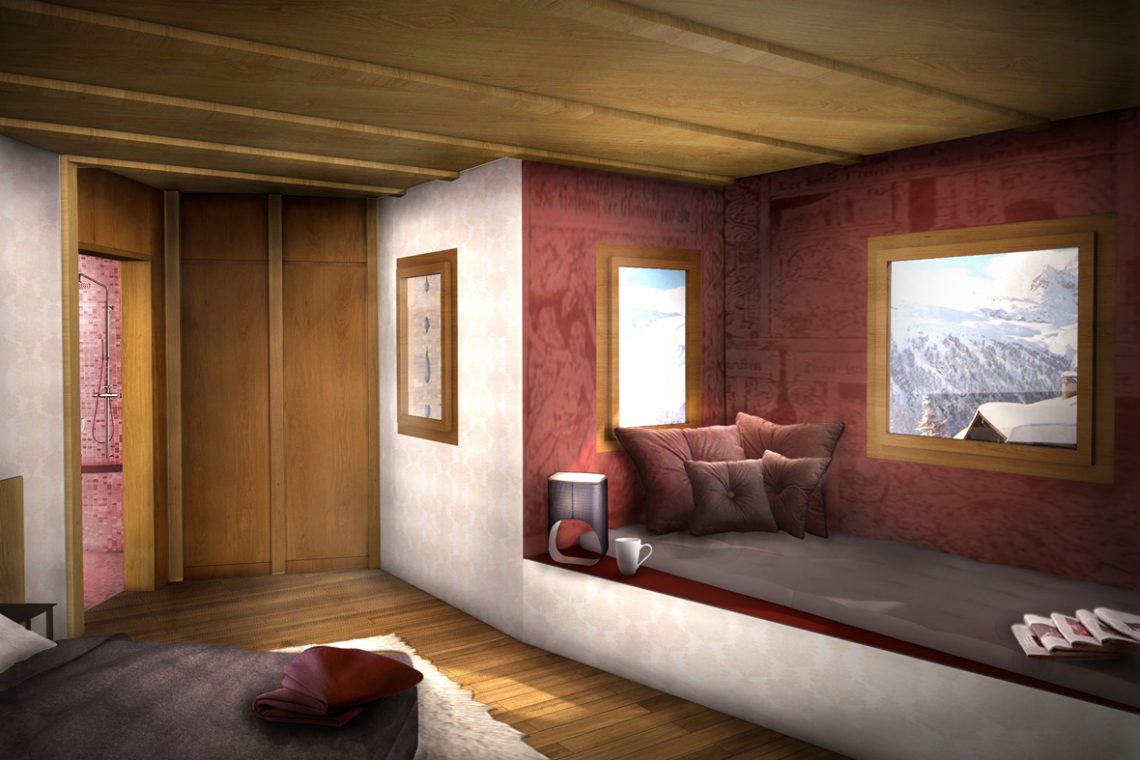 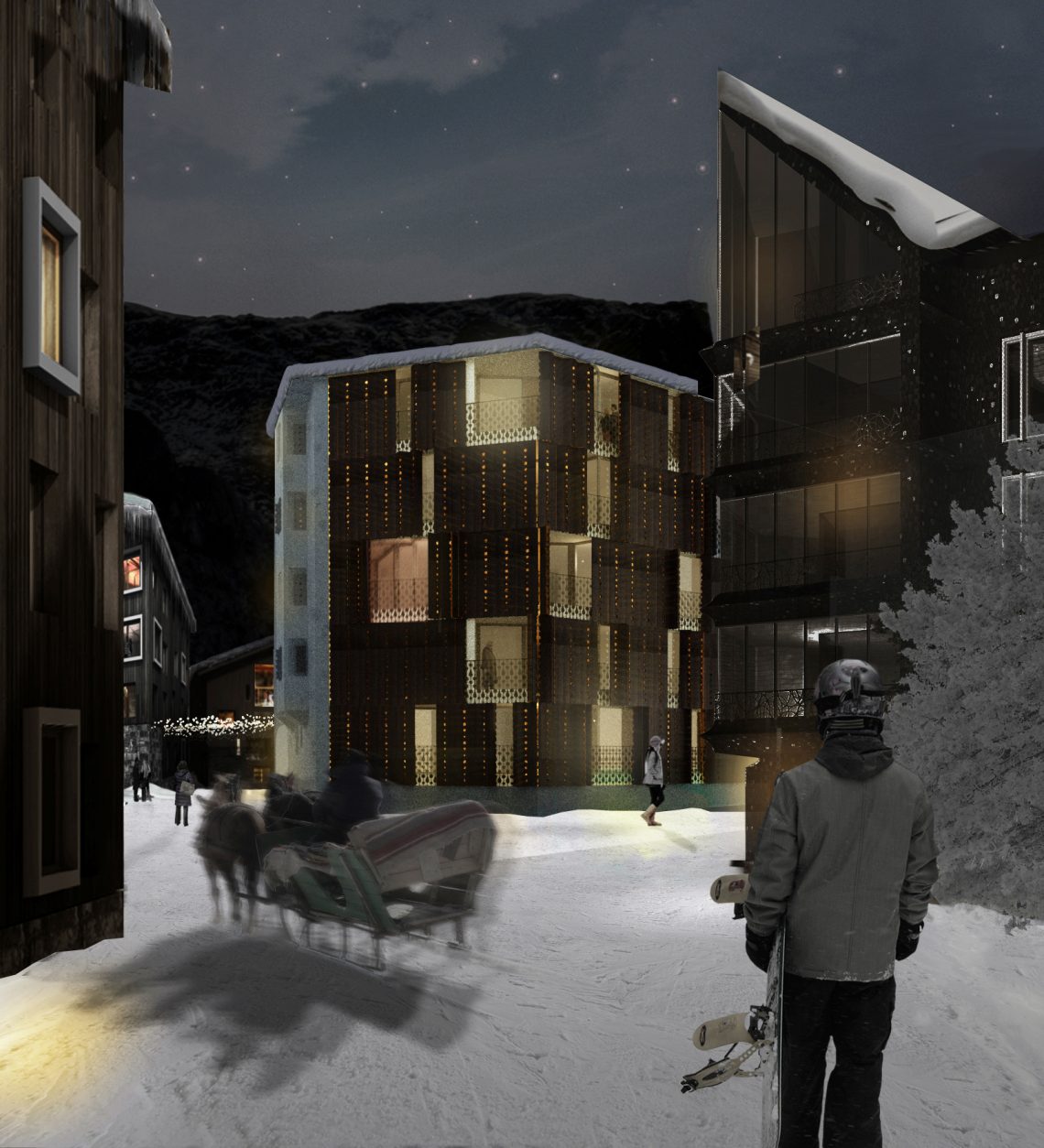 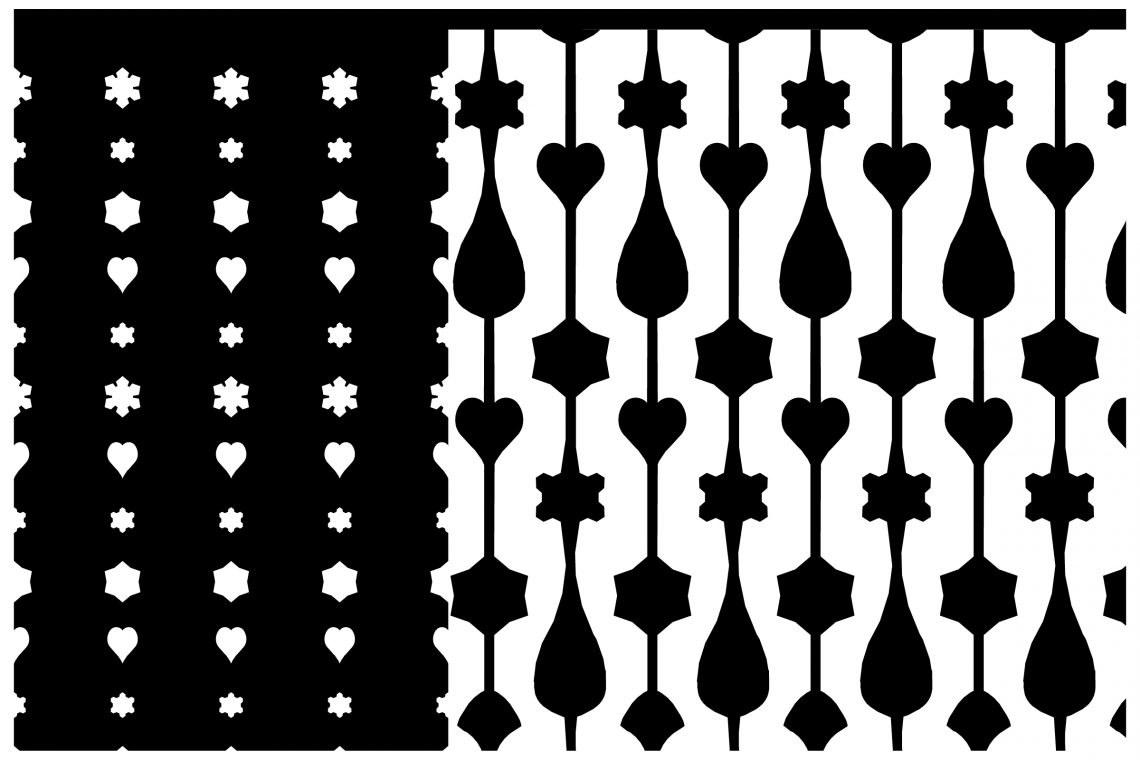